Gabriel Chavarria Shirtless, Underwear, Girlfriend. Ugh. The critics are giving the new Netflix show Selena a beating — it’s currently sitting at 33% rotten on Rotten Tomatoes — but we’re still giving it a try if only because we want to ogle at the gorgeousness of our imaginary Latino boyfriend Gabriel Chavarria.

The 31-year-old Philly native of Honduran descent is playing the role of Selena’s older brother A.B. Quintanilla who may not reached the level of fame of the legendary Queen of Tejano Music but he’s also got the talent and musicality of her sister.

Aside from Selena, Gabriel’s acting credits includes the 2017 movie War for the Planet of the Apes, The Purge (USA Network), East Los High (Hulu), and several others. To date, he’s done a total of 21 acting projects according to IMDB and he began his work in front of the camera when he was cast in the 2007 movie Freedom Writers.

Here’s some interesting detail on how Gabriel become an actor from his IMDB profile: “But Gabriel’s course would change at the age of 16 when he was discovered during the casting of Freedom Writers starring Academy Award winner Hilary Swank. Gabriel happened to be playing basketball at a local recreational park where the film was holding preliminary auditions. At first resistant, Gabriel was convinced by his older brother to audition, and after the month long process, he received the call he’d landed his first role of Tito.”

Gabriel Chavarria Shirtless and Underwear Photos. Now, we know some of you are as thirsty as the hos here on Famewatcher so here are some shirtless and underwear pics of our Latino hottie. 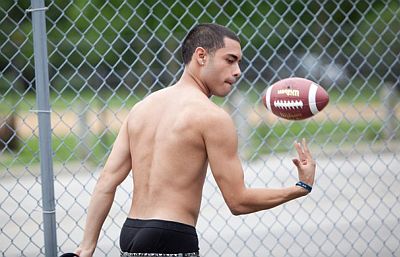 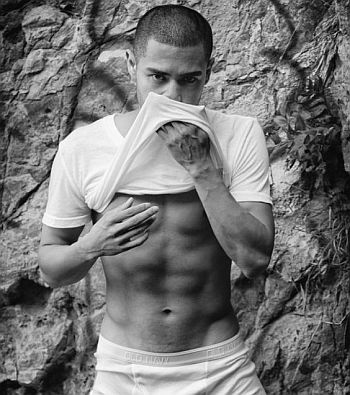 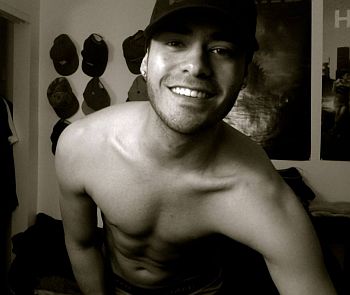 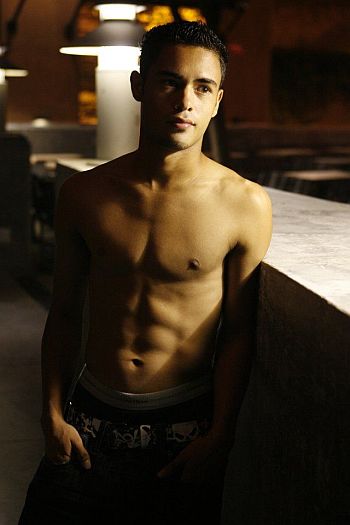 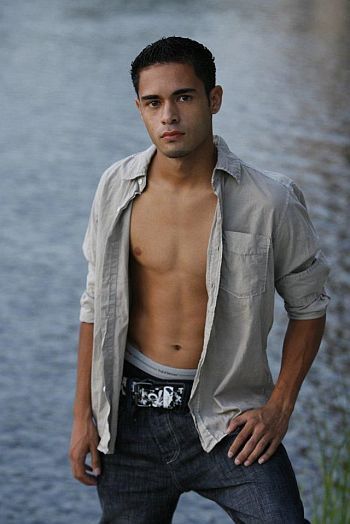 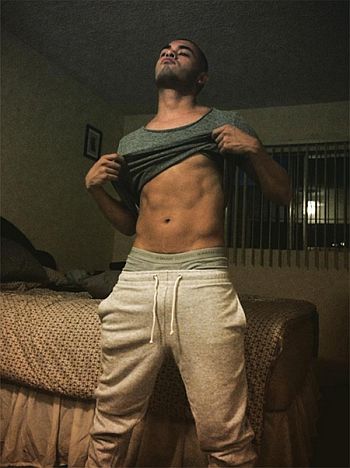 Gabriel Chavarria Gay or Straight? Girlfriend or Boyfriend? He is straight and, based on his Instagram account, he is in a relationship with a beautiful lady named Arena Moreno. The two are expecting too! Yay! Here’s Gabriel and Arena looking gorgeous together. Congratulations, lovebirds! 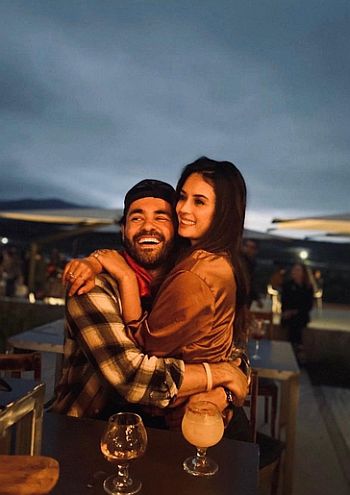