Gabe Saporta Underwear: Boxers or Briefs: What kind of underwear does Gabe Saporta wear? Boxers, briefs, bikinis, or maybe he is a member of the free-balling community? Nah, he’s not a freeballer. In an interview with VH1’s Pass The Bowl, he revealed that he wants some support down there:

La La Anthony: Boxers or briefs?
Gabe: I’m boxer briefs all the way.
Ryland: Boxers. Full-on boxers.
Gabe: I need the support, ya know, but I don’t like it draggin’ on my butt.
Ryland: What’s the Seinfeld thing? “My boys need a home?”
Gabe: My boys need a home, yeah. 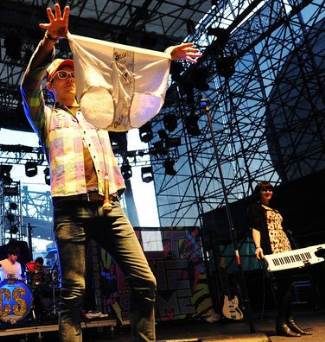 When it comes to underwear brands, the Cobra Starship lead singer reveals in an interview with the Huffington Post that he likes him his Calvin Kleins. From Huffington’s Cobra Starship’s Gabe Saporta: The 5 Things I Can’t Live Without:

Calvin Klein pro stretch boxer briefs with a red stripe: People always ask me, boxers or briefs? My answer: boxer-briefs! I wear this and only this underwear (unless it’s laundry day, in which case I wear my Pink Floyd boxers). 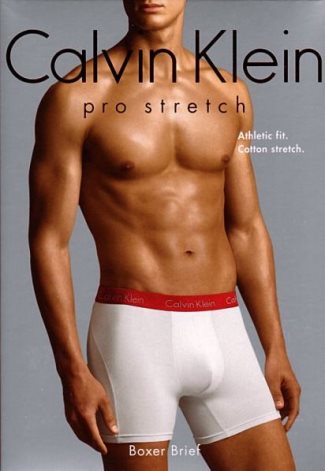 He must have run out of clean CK’s or Pink Floyd boxers because he’s wearing Gap Underwear in the next photo below: 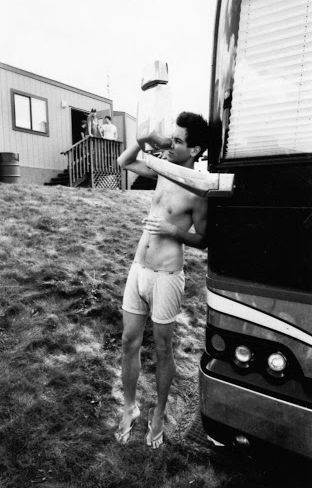 But it does look like he’s wearing Calvin Kleins in this photo with Jack Barakat of the pop-rock band, All Time Low. What are these two doing together in their undies? Let the fanfics begin. Want more hot male singers? 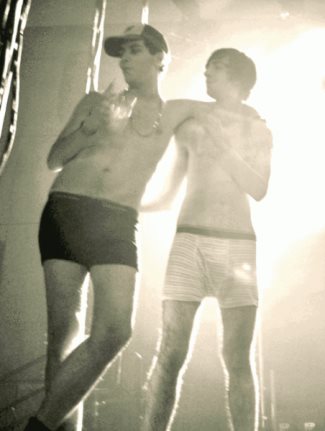 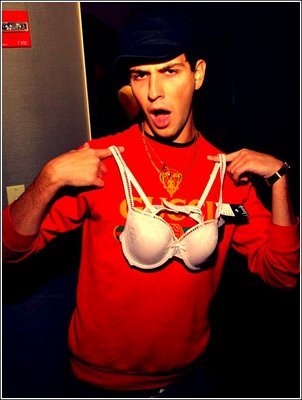 For those who are wondering whether Gabe is gay or straight, he is straight and very much married to fashion designer Erin Fetherston. Here’s a wedding photo of the happy couple when they tied the knot in May this year. 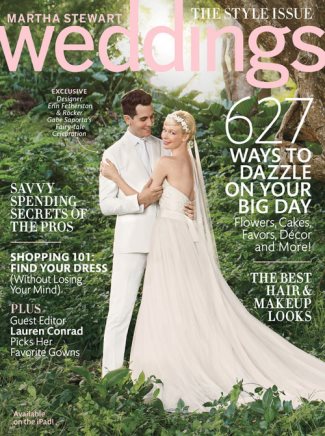 Want more Gabe’s shirtless photos? Of course you do! 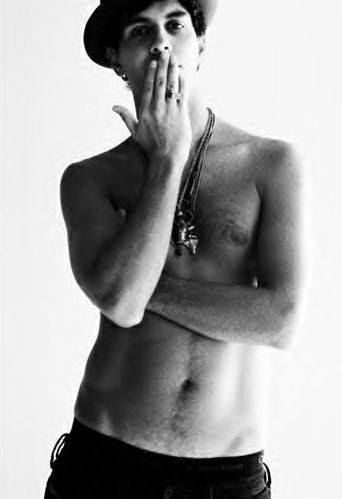 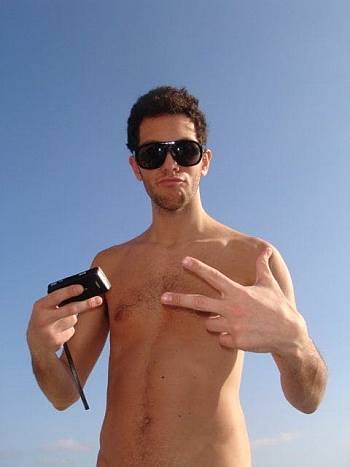