Gabe Kapler Speedo, Young, Shirtless, Workout Photos. What’s our Speedo hottie Gabe Kapler doing now? It’s been more than a decade since we posted about our imaginary baseball boyfriend so we decided to decided to do an update. Did you know that he is a baseball manager now? Yep, our good lookin’ athlete — who retired as a baseball player in 2011 — continues to be very much involved in the game.

At 46 years old, he remains, to quote our friend Deena, as “desire-inducing” as he was during his Speedo-wearing days as you can see in these more recent shirtless photos. Look at them sculpted abs! 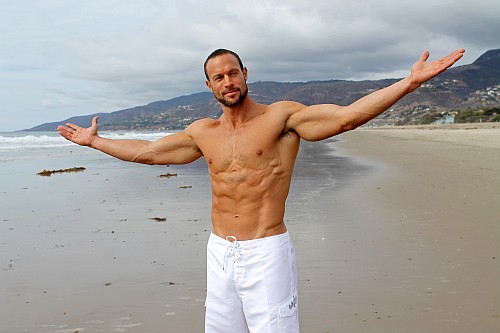 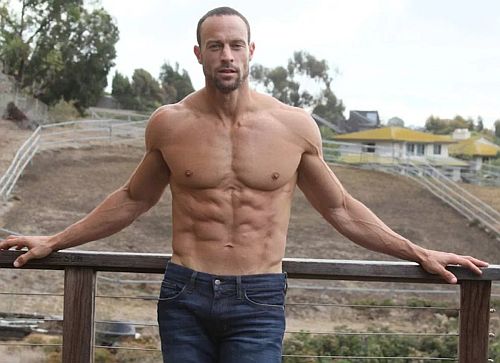 And here are photos of Gabe looking gorgeous as a baseball manager with the SF Giants: 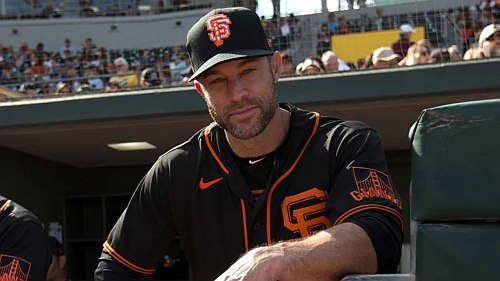 And check him out posing like the male model he is. 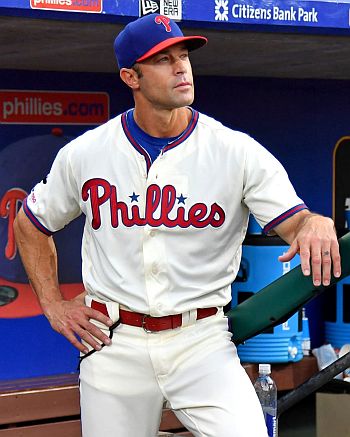 By the way, we decided to remove or crop some of Gabe’s Speedo and underwear modeling photos which we earlier published below because Grandma Akita is back at her censorious ways. Apologies.

Gabe Kapler Gay Ally. Oh, did you know that he is a friend to the LGBT community? Yes he is. Here’s a photo of him pitching baseball while wearing a shirt with the rainbow colors. We grabbed the pic from his Instagram page which you might want to follow @gabekapler. 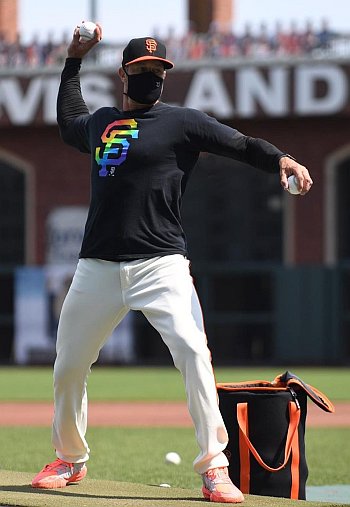 …..
Gabe Kapler Speedo, Shirtless, and Weight Workout Photos (21 April 2009). We are updating this post for those of you who can’t get enough of Tampa Bay outfielder, Gabe Kapler. Didn’t we say he is hot with all them sculpted muscles and all? 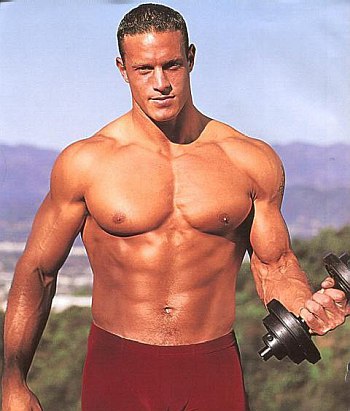 Turns out that he looks good in a nice Speedo suit which rivals the ones we posted for Ashton Kutcher, footballer turned model Jed Hill, and male model David Gandy. However, we still think that the title for having the most impressive package still goes to fireman turned model Michael Biserta. 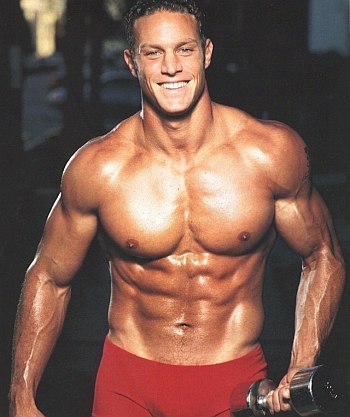 More Gabe Kapler Speedo Photo Update. Aha, turns out that the above pic of our Gabe in a teeny weeny leopard-print swimsuit is just one of his many Speedo and underwear modeling photos. For instance, here’s Gabe on the cover of Exercise Magazine working out in a pair of squarecut swimsuit. 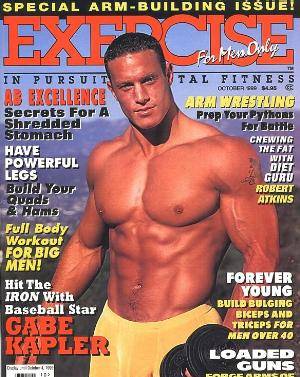 Question: Is he working out in swimwear or is he wearing a pair of boxer briefs underwear? Gabe’s exercise regimen, apparently, includes an EZ barbell curl workout routine. 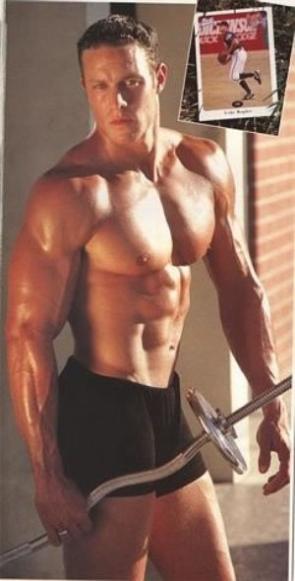 Surely, Gabe Kapler can give those athletes-turned-underwear-models like David Beckham, Cristiano Ronaldo, and many many more a run for their modeling money, no?

WAIT, THERE’S MORE (Another update). Those of you who, like us, are just discovering the awesomeness of Gabe might want to read this interesting tidbit about him from wiki: “Kapler is well-known in baseball for his extraordinary musculature. Bob Ryan once wrote a column in which he nicknamed Kapler “The Body,” and mused on the fact that, traditionally, bodybuilder-type physiques have not been considered desirable for baseball players (as speed and reflexes are more important than muscle). This same muscularity has become a part of pop-culture and a staple among Boston fans. His musculature and shirtless photos have made Kapler a favorite of those inclined to appreciate such things.”

It goes without saying that we here at Famewatcher are among those who are inclined to appreciate Gabe’s shirtlessness and sculpted musculature. Hehe. 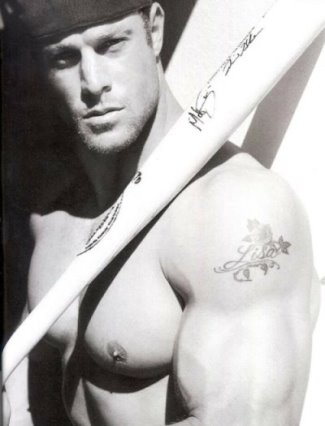 Who says baseball pros are fat? Certainly not our Gabe! 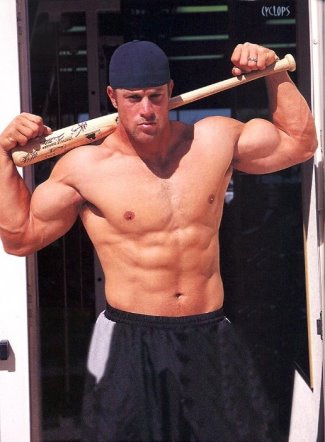