G-Star Raw Mens Underwear: Male Models and Celebrity Fans. Did you know that G-Star makes underwear? We didn’t! We thought the Dutch label is all about denim jeans and denim jackets until we came across the above photo of a male model wearing a pair of white G-Star boxers underwear. 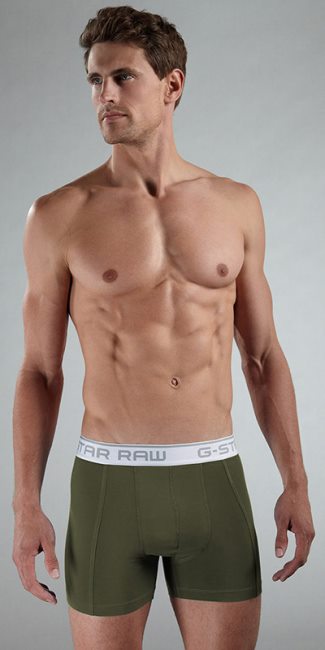 By the way, we must admit that we initially thought that the hunky guy is The Hangover actor Justin Bartha. We’re like, “Wow. Justin Bartha is modeling underwear. How nice!”

However, our friend Kevin, who knows more about male models than us, pointed out that the hunk is actually Ryan Bertroche, an American model who headlined advertising campaigns for the likes of Banana Republic, Dsquared2, Frankie Morello, Calvin Klein, and Blanco. Here’s more pics of Ryan in G-Star underwear: 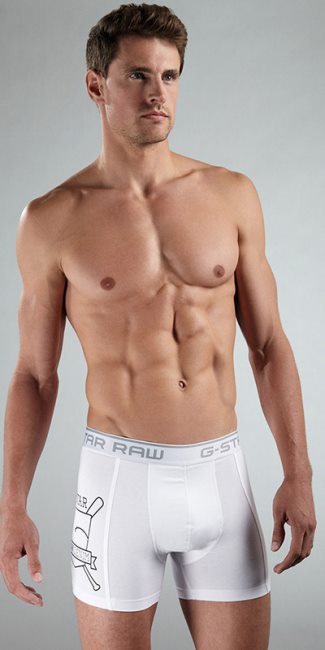 Seriously, are we the only ones who think that this guy is a spitting image of Justin? They must be long lost brothers or something. [Deena says: Eh, not really! Kevin says: You must be blind. They don’t look like each other at all.] 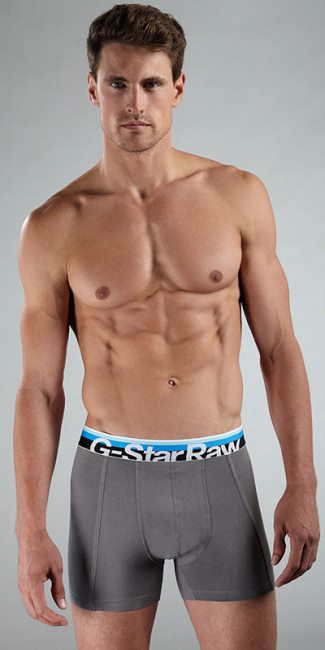 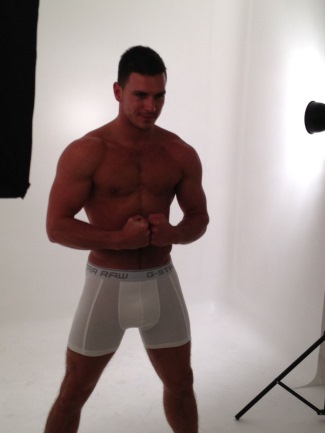 Does G-Star make other kinds of men’s underwear? Looks like its underwear line is limited to boxers and boxer briefs. We’ve been trying to look for briefs-style undies but can’t find any on either the official G-Star website (g-star.com) or on online stores. [For those of you wondering about how much to pay for G-Star undies, the price range on the official website is anywhere from $25 to $40.

Who among your favorite male celebrities have been spotted wearing G-Star underwear? Not a lot of them. But here’s a pic of Justin Bieber showing off his G-Star undies.

According to hollywoodlife.com, Justin’s pic above is part of an advertising campaign he did for G-Star Raw. For more of the international singing sensation wearing G-Star, check out this post we wrote back in 2011: Justin Bieber’s G-Star Jeans.