Funny Britains Got Talent Auditions Update. Whatever happened to these wacky acts we once blogged about ten years ago? Well, it might not surprise you to know that of all 9 acts we listed then only one — the father and son dancing duo of Stavros Flatley — have become legit BGT stars. They participated in this year’s Britain’s Got Talent: The Champions and landed in second place behind comedy dance duo Twist and Pulse. 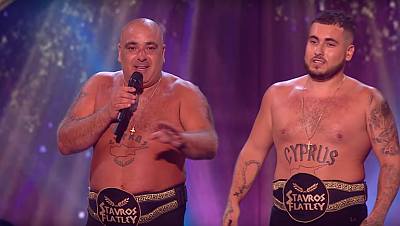 …..
Funny Britains Got Talent Auditions (10 April 2009). Here’s another proof that Britain’s Got Talent is wacky. Huh, as if we need more proof, eh? Anyways, Betty Delight is a burlesque clown who is hoping to be added to Simon Cowell’s discoveries and who, we’re betting, is going to be as popular/controversial as teacher-model Natasha Gray. We don’t think Betty can make it all the way to the finale but we’re pretty sure she’ll be getting lots of clients after her BGT gig. 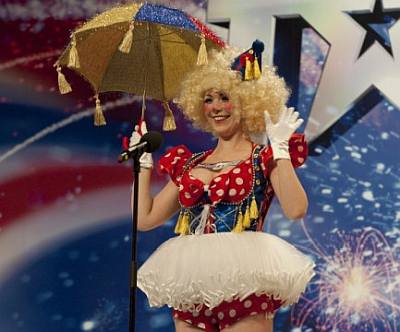 Bill Bedlam Who will prevail in a blowing contest between Bill Bedlam and Manjit Singh? Bill is not merely blowing the sink though. He is reportedly making beautiful music out of it. 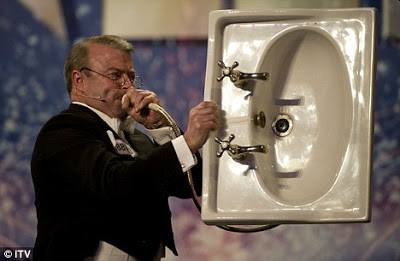 Manjit Singh. Haha. This is kind of cool. Props to Manjit Singh and his powerful lungs for making a “talent” out of balloon-blowing. Britain’s Got Talent truly is as wacky as its American cousin. Go, Manjit! 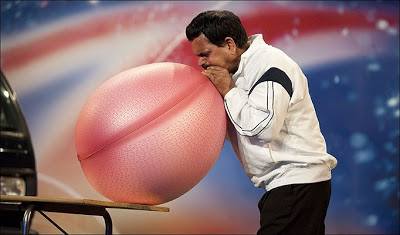 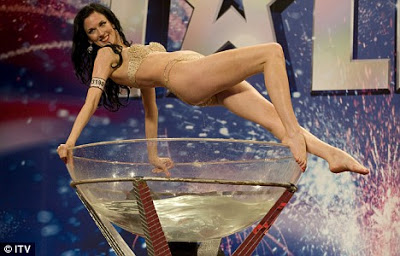 Stavros Flatly – Dmitry and Lagi – Greek Irish Dancers. This is a very entertaining audition. We’re glad that this father and son team [are their names Dimitri and Lagi?] made it through.

Chris Collins. Of course Britain’s Got Talent. It has Chris Collins, doesn’t it. Go, Chris! 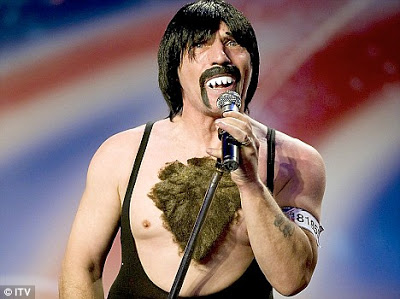 Darth Jackson. The Dark Force, in the person of Darth Jackson aka Phillip, invades the Britain’s Got Talent Birminghan auditions and does a Michael Jackson moonwalk to the sound of Billie Jean. We’re pretty sure Michael Jackson will approve of this performance. 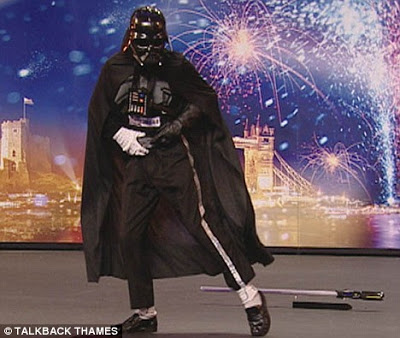 Kay Oresanya – Human Saxophone. Thirty-one-year old MBA student Kay Oresanya’s act is mimicking a saxophone with his vocal chords. Are you impressed with this display of “talent” or do you agree with Simon Cowell when he says this: “You said you were going to play the saxophone but that was a baby crying over a Michael Jackson song.” 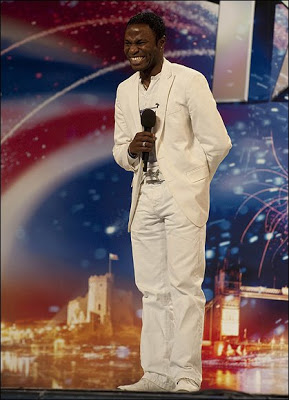 Knit n Natter. Were these ladies punking Simon? Seriously, we can’t imagine a universe where knitting is a “best new act”? But props to these ladies if they were out to punk Simon Cowell.