Let’s make a list, shall we? Let’s start with this guy. If you’ve been to New York City (particularly Times Square), there’s a good chance you’ve seen him already. His name is Robert Burck but he is more famously known as the Singing Cowboy of Times Square. 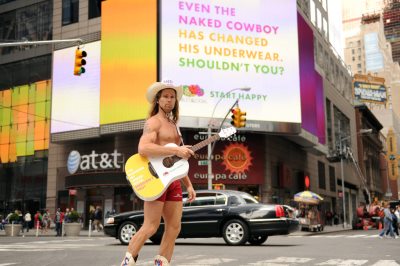 Early this year, our underwear-clad singing cowboy has inked a deal with Fruit of the Loom for him to wear the brand’s boxer briefs. 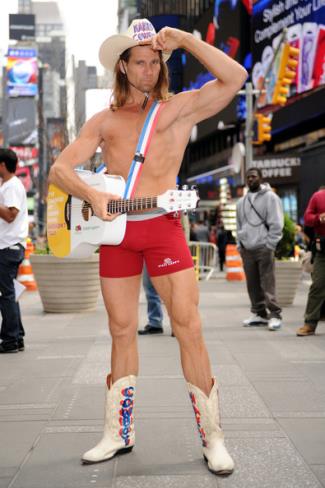 The New York Post tells us more about the deal:

Fruit of the Loom said the new briefs Burck will model have tapered legs to prevent them from riding up. Melissa Burgess-Taylor, senior VP for marketing for Fruit of the Loom, said the company is excited to work with a New York City icon.

“His primary wardrobe is so important to his daily job, we thought why not showcase him in our new boxer briefs?” she said. A billboard on the Nasdaq Tower in Times Square will read, “Even the Naked Cowboy has changed his underwear.”

Now, it is worth noting that unlike other apparel brands such as Calvin Klein or Emporio Armani, Fruit of the Loom really does not hire celebrities or recognizable men to model its underwear. Check out this guy for instance. 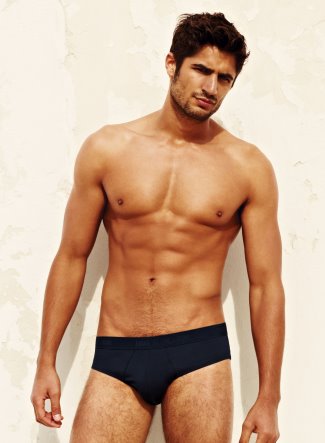 Want more Fruit of the Loom Male Underwear Models? We’ve been trying to ID this model but we can’t find any information on who the guy is. If you happen to know his name, do tell in the comments. 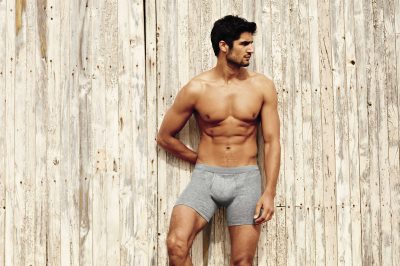 Now, here’s a male model who happens to be wearing a pair of Fruit of the Loom briefs underwear. His name is Alex Manning. 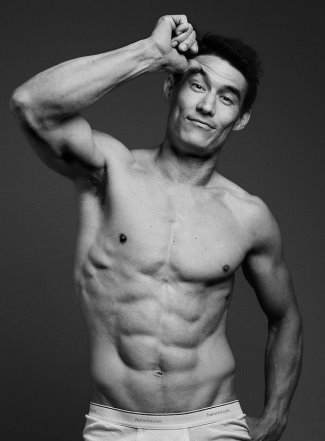 We say he “happens to be wearing” FtL undies because this is an editorial photo and not a part of a brand campaign for the label.

Let’s end this post with this link leading you to an earlier post we wrote about celebrities wearing Fruit of the Loom. Go check it out.