Fredrik Ljungberg Calvin Klein Underwear Model: Hockey to Runway. Swedish guys are hot, no? Like Henrik Stenson for instance, the golfer who became an international sensation when he stripped down to his white underwear while playing golf. That was really, really hot actually. [Update: Apologies, we had to delete some photos referred to in this post.]

Anyhoo, we’re sure you are already familiar with footballer Fredrik Ljungberg who headlined a Calvin Klein underwear campaign which, according to a wikipedia source, “became one of Calvin Klein’s most successful ever”. Wow, good job, Fredrik.

Actually you shouldn’t be surprised why the Calvin Klein people took Freddie as their model. He sure looks good in his tighty whitie CK briefs. 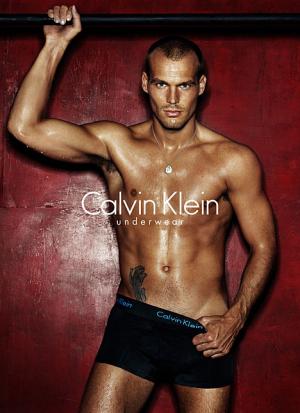 Another modeling pic of our gorgeous Swedish model in a tight CK boxer briefs.


By the way, we were reading the wikipedia list of our Fredrick’s awards and achievements and, mixed with his football awards which are too many to mention, are these awards for his hot sexiness:

Haha. We must say that the coolest of these awards would be his inclusion in that list of ten celebrities that women lust after. Are you one of said women? We don’t blame you!

Update: Fredrik Ljungberg Calvin Klein Billboard and More. We thought you’d like to see our Freddie’s CK billboard ads so we are updating this post to bring you these images:

This one is from Times Square. 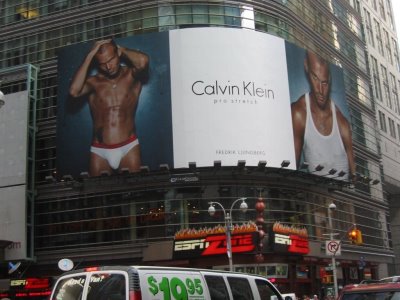 IIRC, the next billboard below was removed from its location because it is uber-hot, sizzling, and distracting to drivers.


Let us end this post with our Freddie looking good in his CK boxer briefs. Oh wait, there’s more… here’s Freddie in CK briefs. And, here’s our friend Kevin’s favorite from all the Fredrik-CK advertising partnership.