Frank Grillo Shirtless Photos. Aside from Zach Gilford, another hunk starring in the upcoming horror movie The Purge: Anarchy is the forever young Frank Grillo. 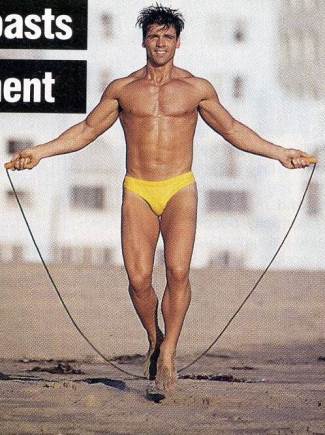 Can you believe that this guy is 51 years old? When we first saw him in Captain America: Winter Soldier, we thought he’s only in his 30s. Turns out he is much older than that so we went searching for photos of him taken when he was younger and it looks like he’s not aged that much. He’s either drinking from the Fountain of Youth or he’s blessed with some good genes that keep him young. 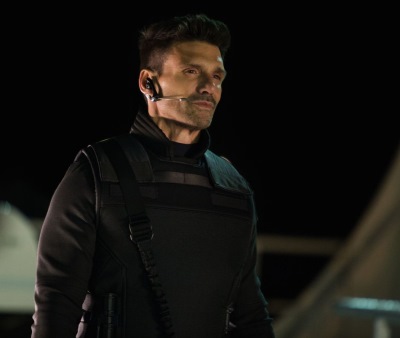 Young Frank Grillo: Here are some of Frank’s shirtless photos from the 1990s. Apparently, he started his career in showbiz by taking some modeling jobs. 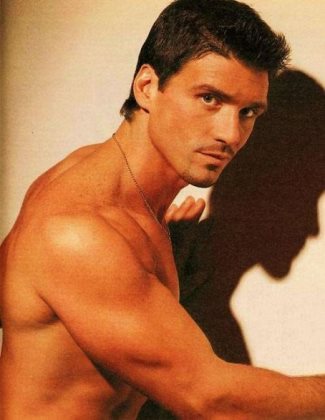 Now this is the kind of man any girl would like to bring home to mama.

Frank must be a fitness buff because you can’t have a sculpted body like this without spending lots of time in the gym. His fitness routine may actually the “fountain of youth” that’s keeping him young. 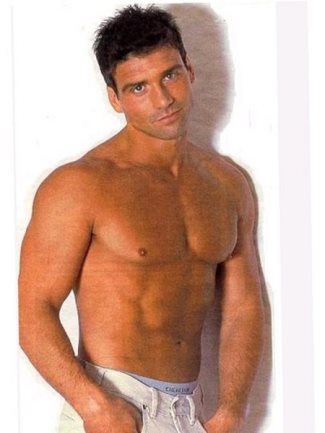 Can you identify the brand of underwear he’s wearing?

Damn those are some serious rock hard abs.

Frank Grillo Underwear Photos. One of Frank’s early acting gigs was in the 1990s TV crime drama series, Silk Stockings. Here he is as an exotic dancer a-la Channing Tatum in the episode Ladies Night Out. Told you this guy is a gym nut. [Sorry, we had to delete the photo.]

We had to crop the next photo else it will scandalize our grandma. 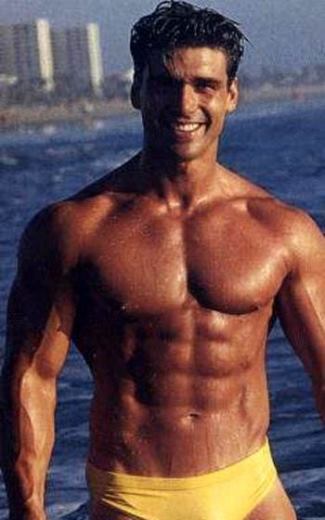 Frank in a bikini swimsuit.

Is Frank Grillo Gay or Straight? He is straight according to the denizens of gay-or-straight.com. Here’s their gay-o-meter score for the Captain America actor:

gay-o-meter/gaydar for Frank Grillo: According to 11 visitors Frank Grillo is 56% gay. However, the average gay-rating on gay-or-straight.com is 69%, which means Frank Grillo is quite straight in comparison to other celebrities on this website.

Frank is currently married to actress Wendy Moniz with whom he has two children. He has another child with ex-wife Kathy Grillo.

If you are like us who only discovered Frank Grillo and who’d like to see more of him, you’d be glad to know that he’s going to continue to appear as Crossbones/Brock Rumlow in future installments of Captain America. Yay!