Famewatchers, meet Australian rules football player Bachal Houli. This Lebanese-Australian hunk has been called by some as the Muslim ambassador to the world of football or, alternatively, the football ambassador to the Muslim world. Now, those are good titles but let’s give him another one, what about we call him the hottest footballer in short shorts? 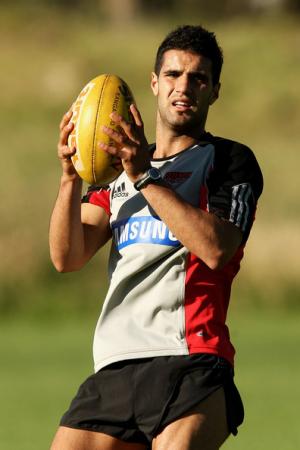 What do you think? He sure deserves the title. He’s probably the cutest men in shorts we’ve seen in a long, long while 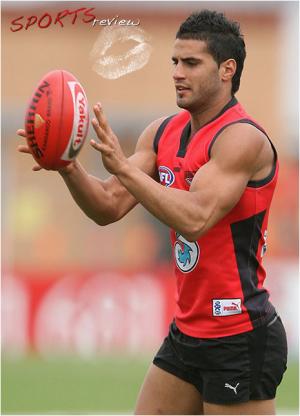 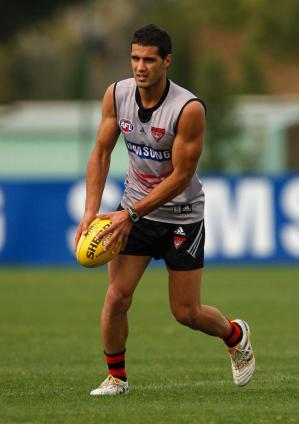 UPDATE: Some of you are wondering whether Bachar Houli has a girlfriend. No he doesn’t have a girlfriend. But don’t get your hopes up because what he has is a wife. Bachar and long-time girlfriend, Rouba Abou-Zeid, were married in September 2009.

Here’s what Bachar said in a 2008 interview about his wife and his then upcoming wedding:

On his girlfriend/wife: “I had my eyes on her since I was at school. Even my schoolmates used to say that you’re going to end up together.”

On his parent’s acceptance of his girlfriend and their impending marriage: “Of course, my parents were accepting. They’ve expected it from me anyway. They believed that I’m mature enough to do this.”

On the reaction of his teammates:“They said to me ‘you’re too young, man’.” They said ‘you haven’t even experienced what’s out there and you haven’t moved in with her yet’.

They were shocked, but they know that there are things that I don’t do because of my religion. I mean I don’t drink and I don’t mix with girls. I told them a girl is not to be played around with like a toy and then thrown away. A girl has to be always treated with respect.”

Aww! he’s a great kid, no? His wife is lucky he is so respectful.