Xabi Alonso and Steven Gerrard kiss after Liverpool won the Champions League back in 2005. [Want to see more of Xabi? Check out our post on Xabi Alonso’s Underwear.] 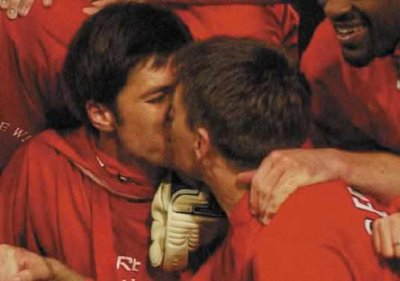 Alan Smith and Gary Kelly, at that time both athletes are playing for Leeds United. 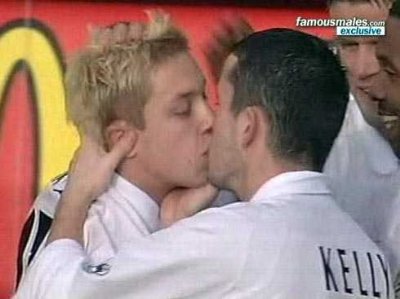 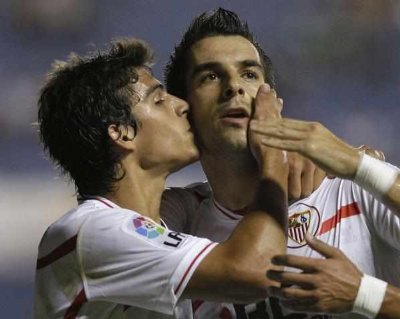 Next in our list of gay footballers kissing each other is this hot kiss between Olivier Giroud and Mathieu Debuchy. Very intimate, no? Makes us think that its friendlier than usual. 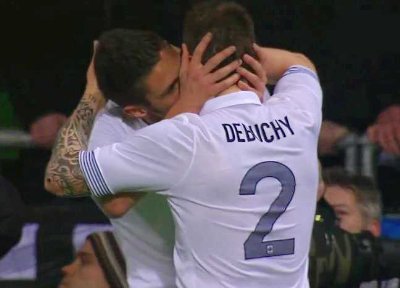 Paul Gascoigne and Ally McCoist do more than the usual kissy-kissy stuff. Get a room, guys. Haha. 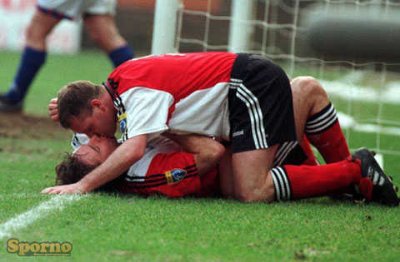 Another couple who should get a room is Robin Van Persie and Theo Walcott. 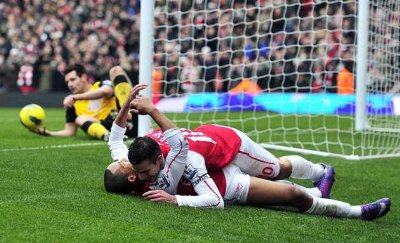 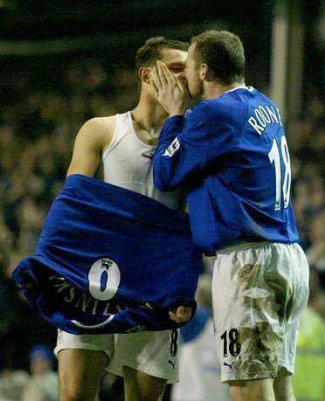 And last but not the least in our list of football players kissing: Gary Neville and Paul Scholes. 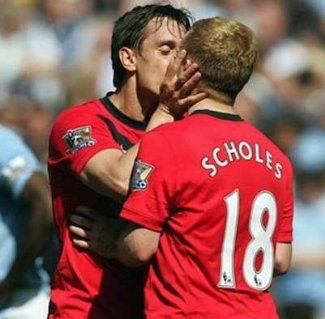 Which of the above football players kissing photos is your favorite? We’re partial to the one with Maradona simply because it’s got Maradona.