Football Players Kissing Each Other. Our post on male celebrities kissing is kinda popular here at Famewatcher so we decided to have more like it but, this time, we are going to focus on hunky football players who express their joy by kissing on the pitch. 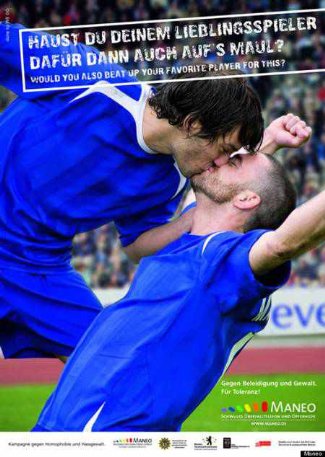 By the way, a 2010 study by Eric Anderson published on the Archives of Sexual Behavior has found that today’s college/university guys are comfortable kissing other. Anderson, a sociologist from Bath University in England, has found that 89 per cent of white undergraduate men at two UK universities “were happy to kiss another man on the lips”.

Apparently, famous football players (at least those who kiss each other) have played a significant role in changing men’s attitudes towards guy-kissin’. Reports livescience.com:

The trend toward male same-sex smooches has skyrocketed in recent years, Anderson said. It began on the professional soccer field, where players often share exuberate kisses after goals. That made kissing between men acceptable for college and high-school players, Anderson said. Then the players took the same behaviors to nights out in pubs, spreading the trend to non-athletes.

Now, before you go ranting (or raving) that the world has turned homosexual (not that there’s anything wrong with that), the researchers underscored that these male same-sex kisses are not sexual but are expressions of friendship. They’re also evidence of the reduction of homophobia among the younger generation. Says Anderson (via bath.ac.uk):

Men are kissing each other in university clubs and pubs, in front of their peers, and for many it serves as an occasional, exuberant greeting or banter when partying. The kiss is a sign of affection in student social spaces, a sign of victory on the pitch, or celebration at a nightclub but it does not have a sexual connotation in any of these spaces.

It seems generally younger people are becoming more and more open minded with each generation.

So let’s check out some famous football players kissing each other, shall we? By the way, the practice is not a new one. We don’t know if they are the pioneers of guy-on-guy smooching but back in the 1970s Tony Currie (then with Sheffield United) and Alan Birchenall (then with Leicester City) gave us this: 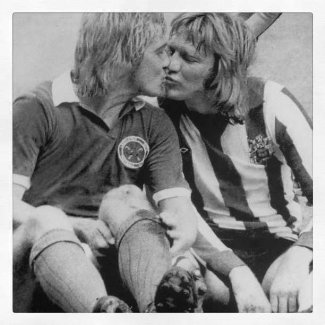 Diego Maradona, one of the greatest athletes to play football, isn’t gonna miss out on some guy-on-guy kissing. His partner? Carlos Tevez! 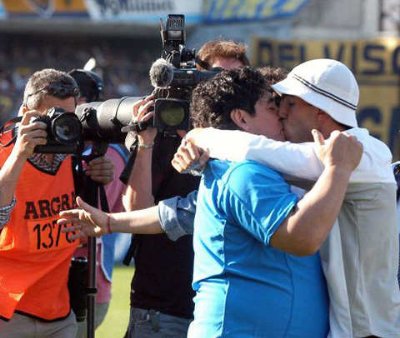 Andy Carroll and Kevin Nolan, both of Newcastle United, share a kiss on the pitch. 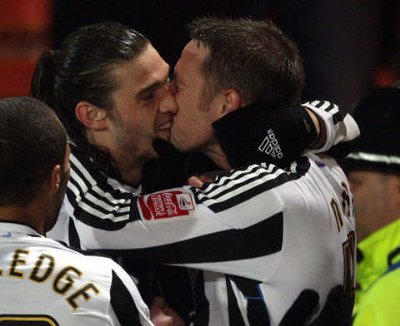 Apparently, Andy is not a one-man kind of guy because he also makes out with Lukasz Fabianski (at least in the imagination of whoever made the FIFA 12 video game. Well done, guys! 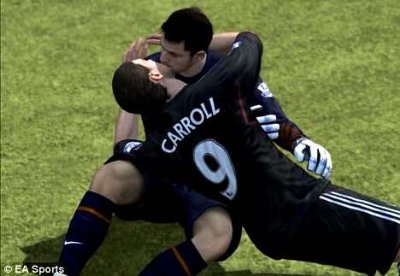 Irish hunks Ian Harte and Gary Kelly get intimate. Both were playing for Leeds United at the time. 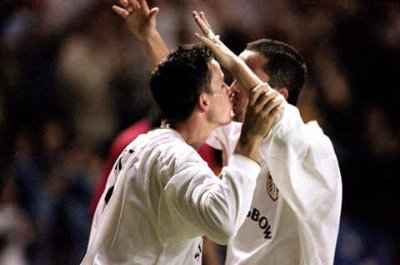 Who are the next guys below? Looks like they are members of the Chilean national football team. If you happen to know who these are, please ID them in the comments. Thank you. 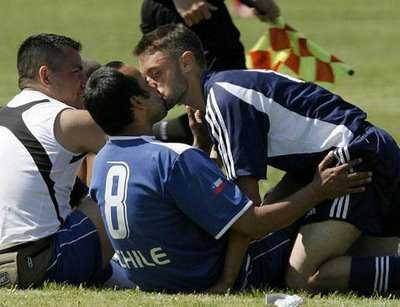