Firefighter Underwear: Real Firemen as Underwear Models. Wanna see some real firefighter underwear? Well, this post is written with you in mind and we will give you real firemen who also did a side-gig as underwear models. Let’s begin our list with this group of five Dallas firefighters who modeled for Jockey Underwear. 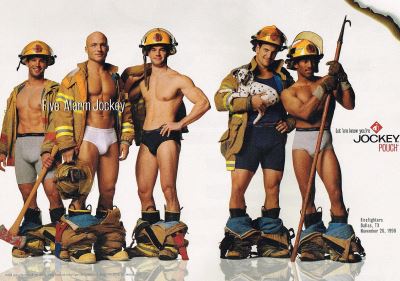 The above ad was made in 1998 and Adweek gives us some behind-the-scenes details:

Ever since Grey Advertising convinced five buff L.A. doctors to pose with their scrubs around their ankles last year, the New York shop has been deluged with calls from lawyers, dancers and others eager to pose for a Jockey underwear ad.

The latest groups to grin and bare it: Dallas firefighters and New York florists. “I was really nervous,” admits Glen Gibson, a 32-year-old fireman appearing in a Jockey ad this month. “But the crew was very easy to deal with–and it helped that I wasn’t the only one in my underwear.”
…
“We just said, ‘Let’s go out there and do the exact opposite,'” says creative director Ron Castillo. “Let’s do color. Let’s do real people as opposed to models. Let’s have a sense of humor. Everybody else takes themselves so seriously. Underwear is fun. It’s not brain surgery.”

Our next firefighter underwear model would be these three Aussie hunks in there Bonds underwear. They are posing for an upcoming calendar, the 2017 Firefighters Calendar, which seeks to raise funds for the Children’s Hospital Foundation and the Westmead Children’s Hospital Burns unit. It’s a worthy cause so you should get a copy once it is out sometime this August. 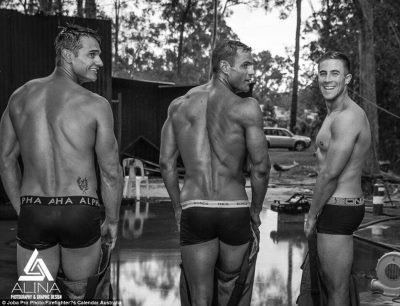 Third in our list of firefighter underwear hunk is British model Jack Holland. He was a firefighter trainee when he was discovered by a model scout who convinced him to be model. Well, he is busy doing model stuff but don’t be surprised if Jack returns to firefighting if his modeling days are over. 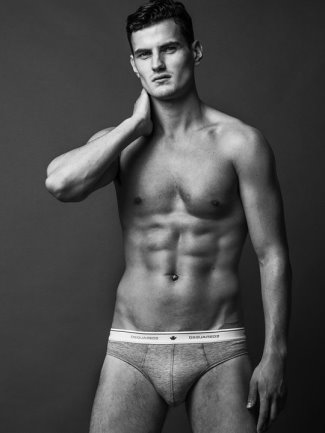 This Colorado Firefighter loves him his pair of Baskit underwear. 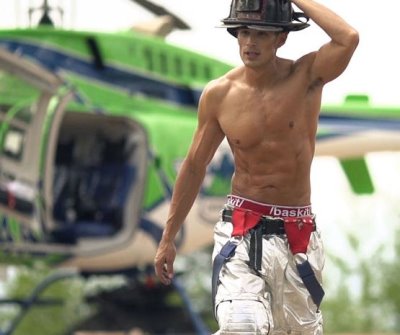 These Baskit-wearing firemen are also from Colorado. 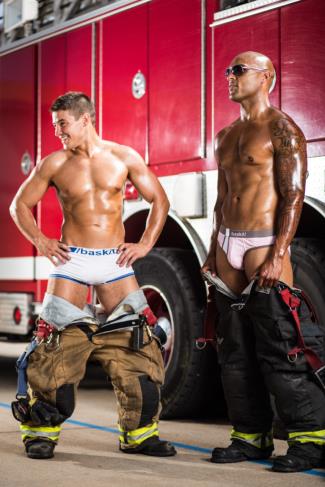 Next in our list of firefighters underwear hunk is Taylor Murphy of the Fire Department of New York (FDNY) seen here wearing a pair of Bjorn Born boxer briefs. 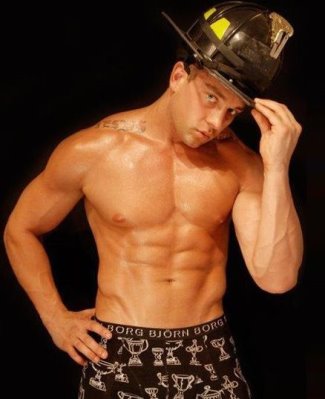 Let’s end this post with another pic of Jack Holland who’s walking for Moschino Spring/Summer 2015. 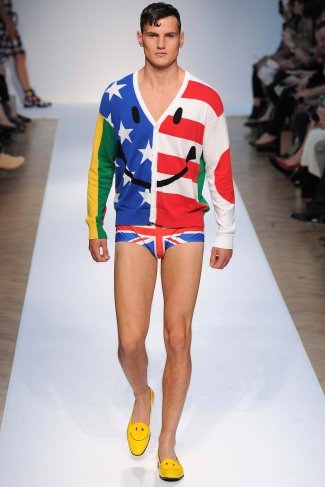 So which of the above is your favorite firefighter underwear model? Tell us in the comments.