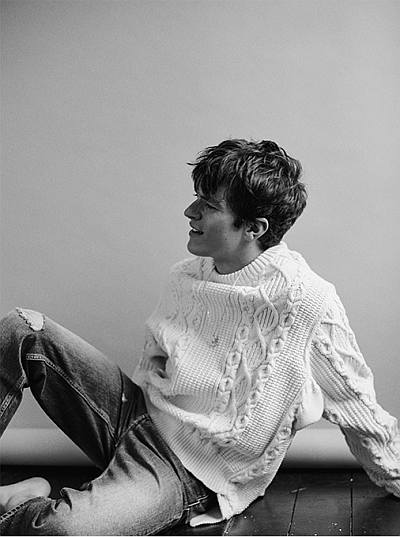 Fionn Whitehead Gay or Girlfriend, Boxers or Briefs, Fashion Style. Who’s the guy rocking his cable knit sweater? That guy, fellow Famewatcher, is British actor Fionn Whitehead who, in the span of two years, rose from obscurity to starring in big movies such as Christoper Nolan’s Dunkirk (which made US$527 million worldwide) or the interactive film Bandersnatch on Netflix. [Note: Pic above is from The Last Magazine.]

Before he made it to our screens, our young actor worked as a waiter in a coffee shop in London. The Los Angeles Times tells us more: “On his off hours, he’d go in for every audition he could, hoping to catch a break that would free him, he says, from ‘washing dishes and taking orders from angry businessmen’. Then one day Whitehead went in to read for a part in director Christopher Nolan’s World War II thriller, Dunkirk, and — if you’ll forgive the Hollywood cliché, which happens to be true here — everything changed.”

Most people may have discovered Fionn through Dunkirk but some Brits would have seen him on the TV show HIM where he stars as Him. Sadly, the series lasted for only three episodes.

Fionn Whitehead Gay or Girlfriend? Is he gay or straight? Is he dating anyone at the moment? We don’t know the answers to both questions but we will update this post when we have the info. Onscreen though, Fionn played the rule of a young gay man in the A Grand Day Out episode of the 2017 TV miniseries Queers. Here’s a photo from the show where Fionn is, as in the first photo above, rocking his sweaters. 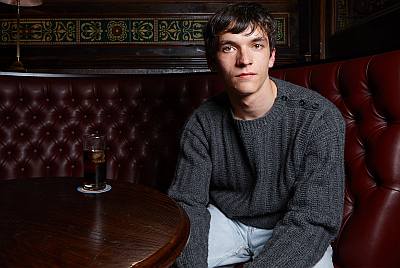 Fionn Whitehead Shirtless Photos. For those of you looking for a shirtless photo. It’s from the TV show HIM which is apparently about a teenager with supernatural powers who is “struggling with a fractured family life, adolescence, failing grades and feelings he cannot control”. 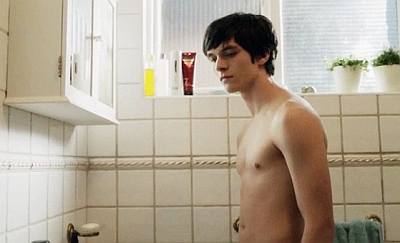 Fionn Whitehead Boxers or Briefs. He wore a pair of boxer briefs on HIM but we don’t know what he prefers in real life. Too bad the Twitter account which asks celebrities what they prefer is no longer active because he surely would have posed this question. Anyhoo, we will update this post when we find out. For the time being, here’s a photo (which we grabbed from The Last Magazine) where he looks oh-so-hawt and fashionable. 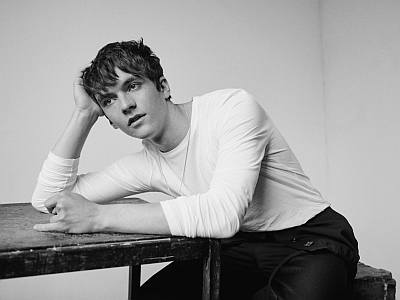