Filip Lacina Rupaul’s Pit Crew, Shirtless, Underwear Photos. Today in Hot Male Dancers, we bring you this gorgeous guy Filip Lacina who, according to reports, is a member of the Pit Crew for Rupaul’s Drag Race Live on Las Vegas.

Wait, wait, wait? There is a Rupaul live show on Las Vegas? Yes, Gina! Have you been living under a cave in Afghanistan. They announced it last month, it premiered a few days ago with some celebrity fans like Kelly Osborne attending, and it’s getting very positive reviews.

Like the TV version of Rupaul’s Drag Race, the main attraction of the show would be the Queens, Queens, Queens but the hunky dancers — described by Vegas Unfiltered as “a troupe of sizzling shirtless muscle boys whose dance skills could make the Chippendales envious” — are part of the attraction too. 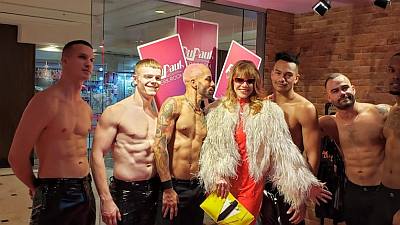 That’s our Filip on the left. Apparently, this isn’t the first time he is working with Rupaul’s Drag Race girls because we see photos of him dancing on the tours of some queens. Damn, ain’t he hot! 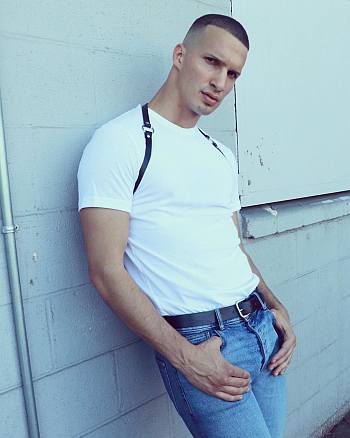 He’s got the moves in Las Vegas. 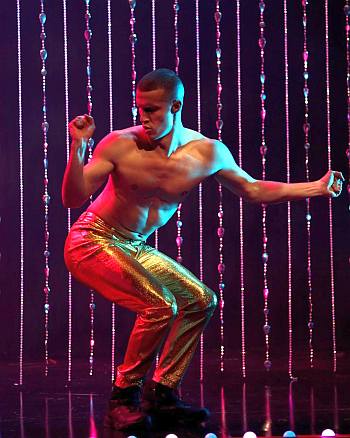 He looks good in his briefs style swimwear too! 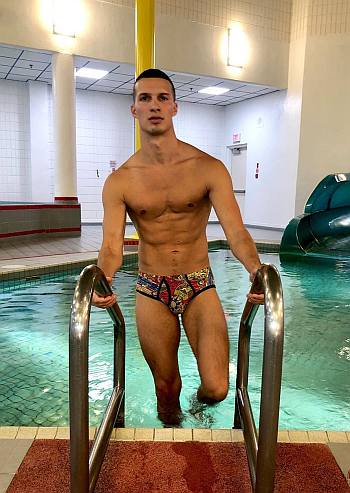 Wearing leather pants, Filip jumps into fall fashion on the cover of Passport magazine which, if we are not mistaken, is an LGBTQ mag in Chicago. Does this mean he is gay? If he is, does he have a boyfriend? We, unfortunately, do not have the answer at this point but we will update this post once we do have the information. 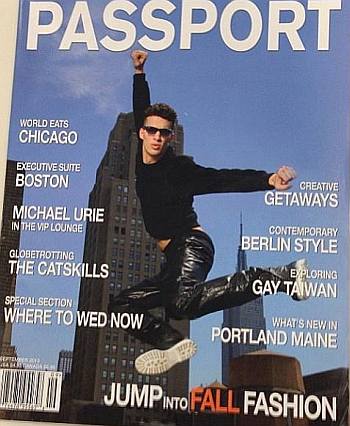 Going for the peekabo underwear look with Calvin Klein. Damn, we’re loving his washboard abs! By the way, we grabbed these photos from our gorgeous boy’s Instagram account which you might want to follow @filiplacina. 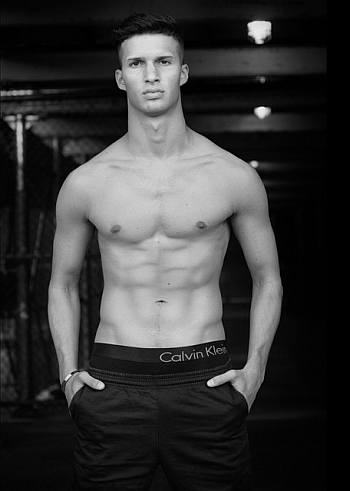 Smokin’ Filip. Hey, Filip, didn’t someone tell you that smokin ain’t healthy? It may look cool but it’s bad for your health. 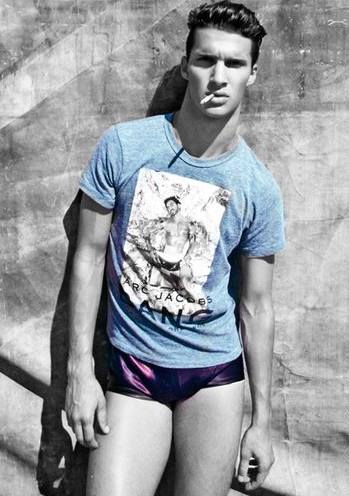 Now, what’s the likelihood that Filip will make it on Rupaul’s Drag Race on TV? It would be great if he does but the Las Vegas live version is a year-round affair so his sked might not allow it. 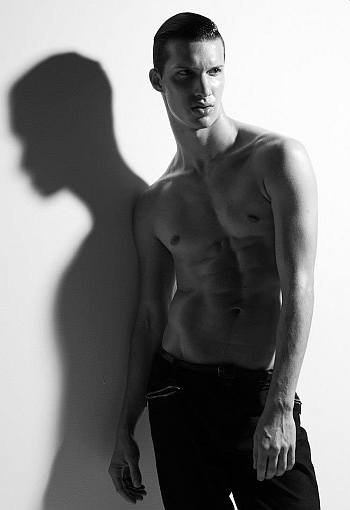