Fernando Torres Shirtless, Underwear, and Modeling Photos. You want some shirtless photo of your favorite footballer Fernando Torres? You want some, now you got some. Anyway, Fernando aka “El Niño” has been ranked by The Times as one of Liverpool’s 50 Greatest footballers for all time. That’s quite an achievement since he’s been with the team for less than two years. 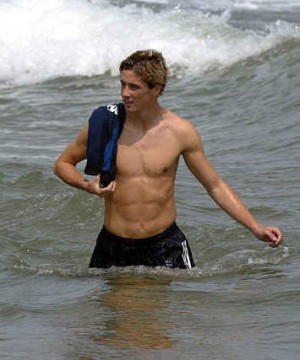 Go, Fernando. May you continue to live up to your reputation as one of the best — the cream of the crop, the top of the mountain, etcetera, et cetera. 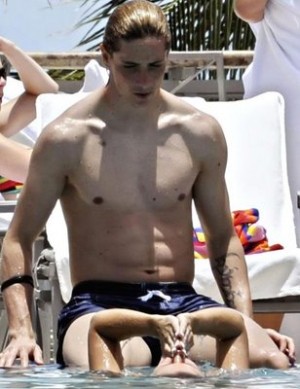 This Fernando Torres shirtless modeling photo proves that he can give them professional male models a run for their modeling money. 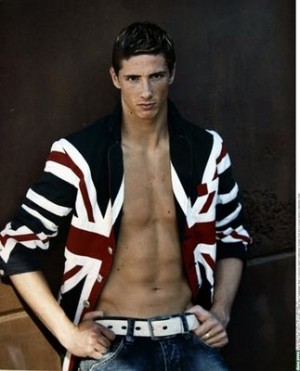 By the way, for those who do not know, our Fernando is a spokesmodel for Piaget Watch. Check him out in our post on Celebrities Wearing Piaget Watches.

Another Fernando Torres shirtless photo on the pitch. 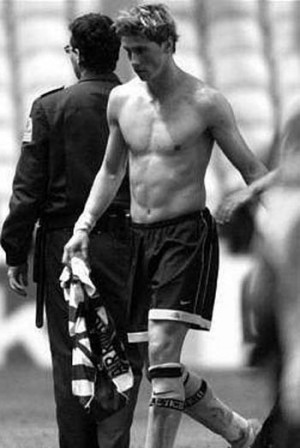 For some reason, our imaginary football boyfriend Fernando Torres decided to chuck off his football shorts. Why did he do it? Maybe his shorts is wet? Maybe he wants to please his superfans. Hehe. Whatever his reason, we now know that Fernando is a “briefs guy” rather than a “boxers dude”. 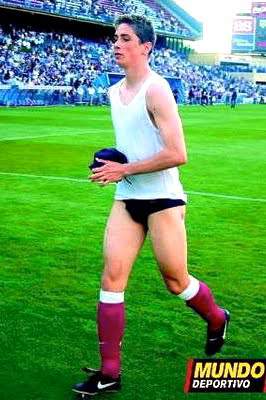 Fernando in swim shorts looking like he’s preparing to jump into the water. 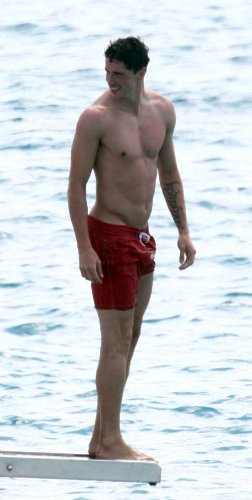 Are you seeing what we are seeing? Looks like our Fernando is gifted with a big package. Or maybe he’s just excited. Or maybe it is digitally enhanced. 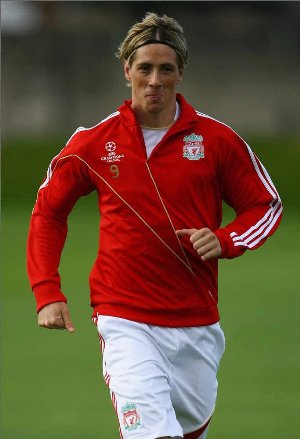 Fernando Torres Gay or Girlfriend? Lastly, here’s our favorite Fernando pic: him being kissed by Sergio Ramos. Nice. Our Fernando ain’t gay but he can turn you one. Hehe. Joke. Joke. 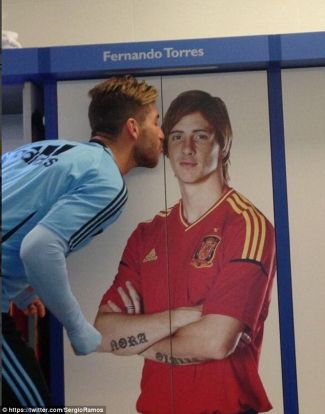 Does Fernando have a girlfriend? Nah! He does not! But he does have a wife! Her name is Olalla Dominguez. The couple tied the knot in 2009. Here’s a photo of the happy couple which was taken when they were expecting. 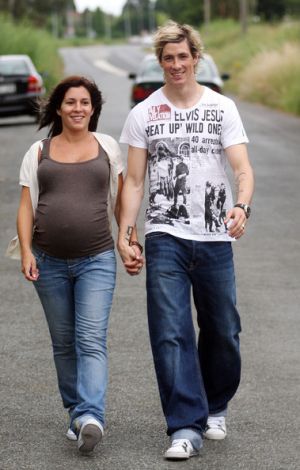