Fernando Alonso Tag Heuer Formula 1 Watch. Include Formula One racing driver Fernando Alonso to your list of celebrities with Tag Heuer watches. Fernando may be boyish looking but this hunky Spanish racer is a badass in the racetrack with two world champion titles to his name. He’s a polyglot too: he speaks Spanish, English, Italian, and French. And, before you start hating him because he’s a guy with everything, you might be interested to know that he also do good things like being a UNICEF ambassador. 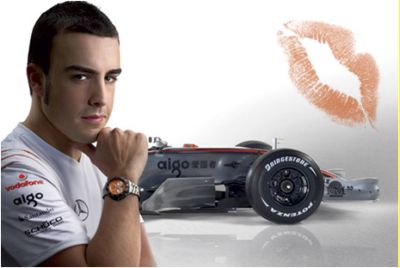 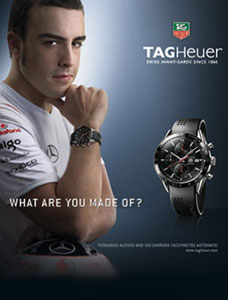 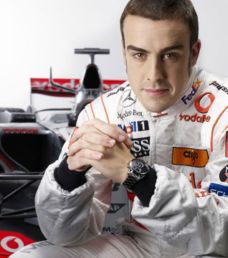 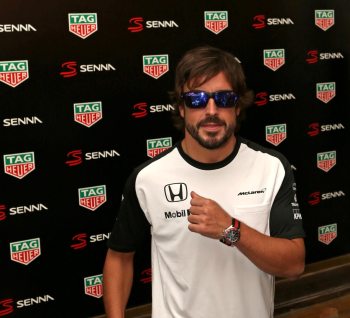 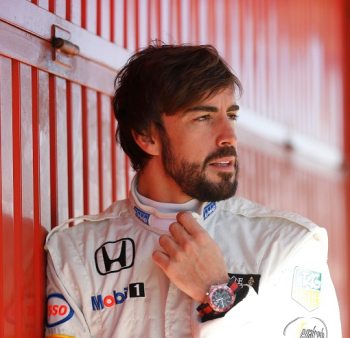 …..
Update, 15 June 2011: Since we wrote this last year, our Spanish racing champ has added four more titles to his name following wins at the Bahrain Grand Prix, the Singapore Grand Prix, the German Grand Prix, and the Korea Grand Prix bringing his career wins to date to a total of 26 wins. 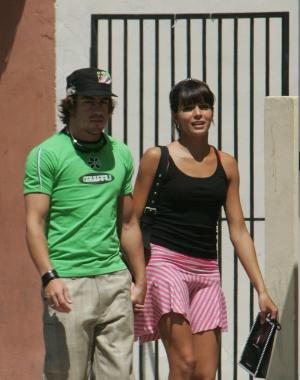 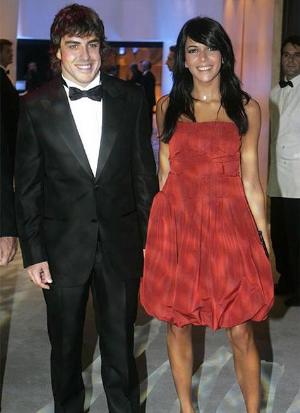 Raquel is a celebrity in her own right. She’s the vocalist of the Spanish band band El Sueño de Morfeo (Morpheus’ Dream) which boasts of several hits in the Spanish charts.

Okay, let’s end this update by answering some of your questions about Fernando

His hometown? Oviedo, Asturias, Spain. Not surprisingly, Oviedo is where the Alonsomanía fan phenomenon started which swept the rest of the country following Fernando’s first-ever Formula 1 Championship victory. Alonsomania, in the words of urbandictionary, is the “insane passion about everything to do with Fernando Alonso”. It sometimes take the form of fan girls looking for our Fernando.

Fanboys crying when their idol does not do well in his races. 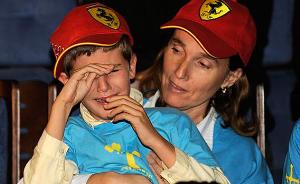 Crowds and crowds and their congratulatory banners. 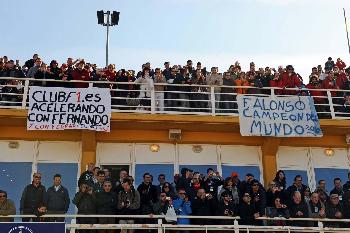 And a lot of flag waving of both the Spanish flag and the Asturias flag. 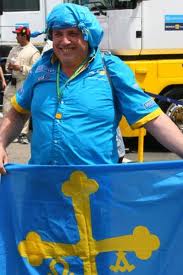 Even the nuns (okay, maybe they’re not actually nuns) are infected with Alonsomania! Why shouldn’t they? 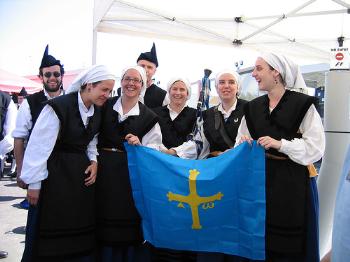