Federer Twins. Congratulations to our tennis idol Roger Federer and his wife Mirka. They’ve got themselves twin baby girls named Charlene Riva and Myla Rose. Thank God they gave the girls nice solid names unlike the uber-fancy and somewhat-crazy names that some celebrities are giving their kids these days. 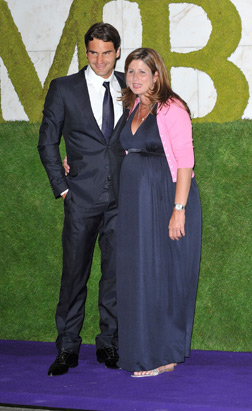 How will fatherhood affect Federer’s tennis game? There’s no reason to believe that it will negatively impact his game. I think it will only motivate him more to continue pursuing greatness. Go Federers! 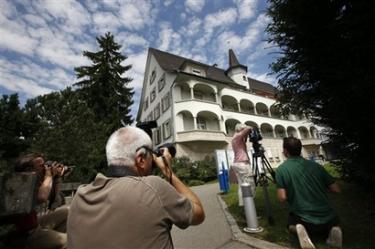 There are no photos for the Federer babies yet but its fun to see these group of photographers waiting for Roger and Mirka and the girls at the clinic where Mirka gave birth. So the Federers are getting the “paparazzi treatment”. I’m not sure whether to be thrilled or annoyed about that.

Update: Photos of Federer Twins (posted 09 August 2009). Earlier, we had to make do with a computer generated photo of the Federer twins. Now, we have a real photo of the baby girls with their parents Roger and Mirka (is she taking his name?). What a beautiful picture of blissful parenthood? Yay. Congratulations, Team Federer! 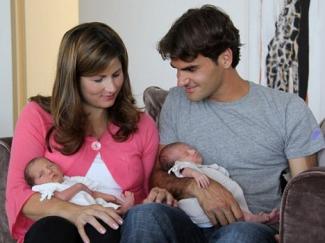 Roger Federer Baby Photos (posted 07 August 2009). The Federers have not released any photo of their new born twins so, for the meantime, let’s speculate on what the girls – Charlene Riva and Myra Rose – look like. Thankfully for us, the Asian Tennis Blogger has a computer generated picture of what a Federer baby girl will look like. 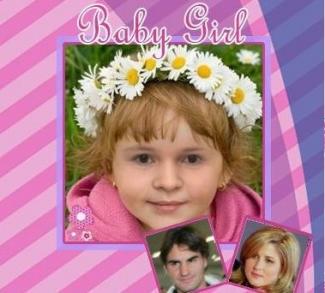 We’re guessing this “photo” was created by putting together the pics of Roger and Mirka? Anyways, we will soon find out if this speculative pic has a semblance for the Federer baby girls.

In the meantime, here’s a photo of Roger when he was still a little boy. Cute, eh? 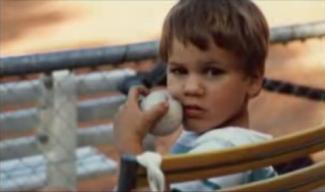 Roger Federer: “Mika is Pregnant, Baby on the Way” (posted 12 March 2009). Oh wow. Congratulations to our favorite tennis star, Roger Federer, and girlfriend Mika Vavrinec who are expecting a baby.

Here’s Roger’s announcement from his website: “I also have some really awesome news to share with all of you: Mirka and I are excited to let you know that we will be parents this summer! Mirka is pregnant and we are so happy to be starting a family together. This is a dream come true for us. We love children and we are looking forward to being parents for the first time. Mirka is feeling great and everything is going well.”

We’re so thrilled for Roger and Mika. Go, RoKa.