Fat Admirers on the Tyra Show (Posted 11 August 2009. Updated 5 February 2017). Years ago, I was watching a movie called What’s Eating Gilbert Grape about two boys and their very fat mom. She was so fat she can’t get out of bed so she spent her life lying in it. I remember thinking, “There’s no way a person can be that huge. It’s just too weird to be true.” 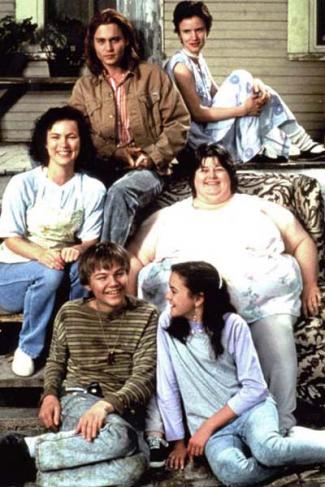 Well, it turns out that there are real people who are that huge. Two of them were on the Tyra Show recently and I was like, “OMG. I can’t believe I’m looking at non-fiction versions of Gilbert Grape’s movie mom.”

Here’s one of Tyra’s guests, her name is Donna (photo courtesy of the Tyra Show). That’s her husband beside her. Donna weighs, like, 500 pounds and, if I heard her correctly, she would like to gain another 500 pounds. 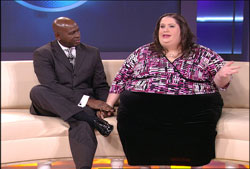 First of all, props to Donna for embracing her size. She also deserves props for making a living out of who she is by performing (modeling) for fat admirers on Teh Internets. It’s true she is selling herself as a commodity but, to a certain extent, we all do sell ourselves as a commodity; maybe not in the icky way Donna does it but we do commodify ourselves.

However, I’m with Tyra and her audience who pointed out that Donna is risking her health by being overweight as well as by trying to gain more weight. And, as one audience member said, since Donna claims that she has reverse-anorexia and since anorexia is a disorder and anorexics need help, then Donna’s condition is also a disorder and that she also needs help. For her sake and the sake of her family, we do hope she gets the help she needs. And please don’t gain another 500 pounds, Donna. That’s really, really overdoing it.

Anyhoo, going back to the Gilbert Grape movie, I must say that I was mesmerized by Leonardo di Caprio’s performance. I didn’t even realize it was him. I think that’s his best acting performance ever. 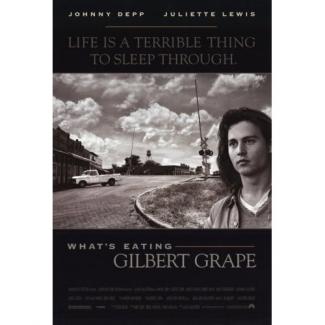