Cambridge University students are not just about the brains. They’ve got the body too. That’s according to the editors of Varsity, the university’s student publication, who produced an end-of-term special edition which features naked students like 20-year-old blonde beauty “Rachel” (above).

“We thought it would be a bit of fun to produce it to show what the student paper might be like if it was produce in a tabloid magazine. It’s a parody and we all had great fun producing it.”

We’re sure its fun but it would be funnier if they got their teachers to pose for pics too, you know, a-la Natasha Gray or Carlie Becker.

Aha. So we now know the name of Madonna’s nanny who tried to resign but who was fired by Madonna. This girl, Angela Jacobsen, has the juicy details on the things that we often wonder about. Oh the things we’d like to know. For instance, did Guy Ritchie really refer to Madonna as “It”?

Also, did Madonna really do A-Rod? Furthermore, is the Madonna-Jesus relationship just a made-for-camera romance or did they effed like minks? Questions. Questions. Too bad Angela has a confidentiality agreement with Madonna so she is bound to shut up her mouth.

Finally, speaking of Madonna, have you seen her boytoy Jesus Luz in Intimissimi Mens Underwear?

There’s another Campari girl in town! And she is a Bond Girl! The Campari people hired a new model to front their campaign in the person of Ukrainian female model, Olga Kurylenko. Of course, you already know that Olga was the Bond Girl in Quantum of Solace. So if this is not a casting coup on the part of Campari, we don’t know what is. 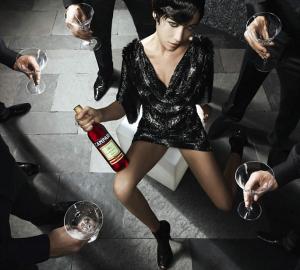 Now, is it us or is there something disturbing with the above photo? Seriously, the first thing that came to mind when we saw it was, “OMG. Are they going to gang rape the girl?” 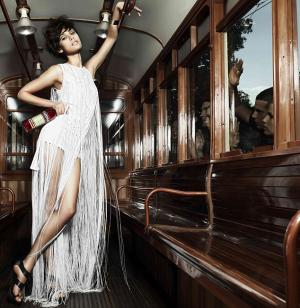 Now, speaking of James Bond movies, did you know that Freida Pinto might become the next Bond Girl? If this is true, you might want to check out  you want more Freida, go check out Freida Pinto’s Red Carpet Dresses.