Famous Lesbian Celebrities: Chely Wright Wife and Family. Nine years after we originally wrote this post, we decided to update it to tell you that Cheryl is now happily married. She tied the knot back in 2011 with LGBT rights advocate Lauren Blitzer. Here’s a photo of the then newly married couple: 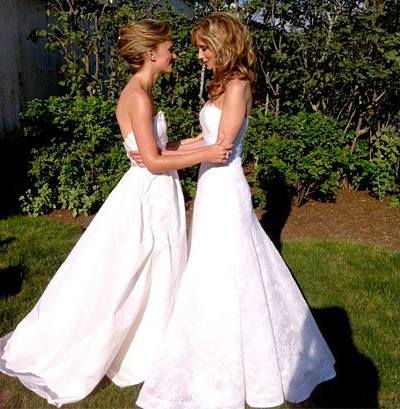 Chely got pregnant a year later and she gave birth to identical twins George Samuel and Everett Joseph on May 2013. Here’s a photo of the happy family. 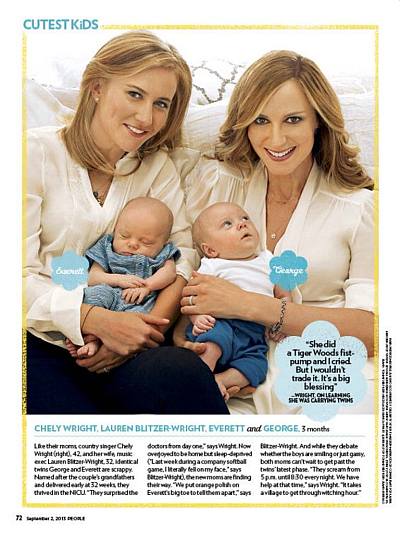 *****
Chely Wright, Country Singer, is a Gay Lesbian (3 May 2010). Well, we all can end our speculations now as to the very very famous celebrity who is coming out on May 5. It’s neither Tom Cruise nor Oprah. It’s country singer Chely Wright. Good for you Chely for coming out! 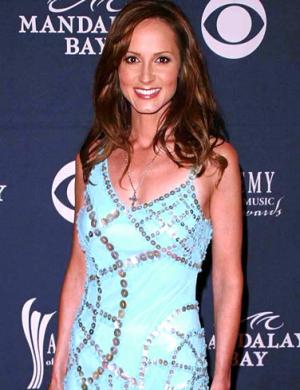 From the Chicago Tribune: “After hiding her sexuality for the sake of her music career for years, country singer Chely Wright tells People magazine, ‘Nothing in my life has been more magical than the moment I decided to come out.’ The 39-year-old ‘Shut Up and Drive’ and ‘Single White Female’ singer revealed to the magazine that she is gay as she prepares to release her memoir, ‘Like Me’, and a new album, ‘Lifted off the Ground’. Though Wright told People she was the first country music artist to come out, k.d. lang, who got her start as a country artist, came out in an interview with The Advocate magazine in the early ’90s. Still, Wright is the latest entertainer to make her homosexuality public after years of fearing that doing so would hurt her career.” 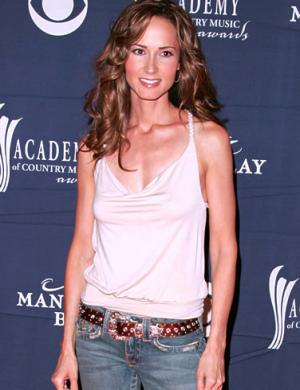 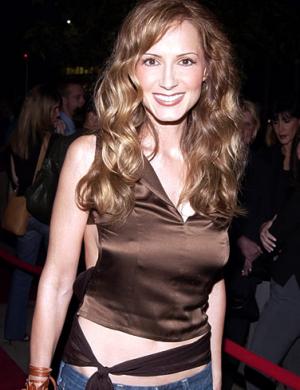 Is Shelby Lynne a Gay Lesbian? (30 April 2010). Reports have been circulating around the internets that a really, really big star is going to come out of the closet. People speculated that its going to be Oprah, or Tom Cruise, or George Clooney, or someone as famous and as A-List as the two. Well, the guessing game is continuing but them Gawker folks have come up with a name we haven’t heard of before ever, ever. 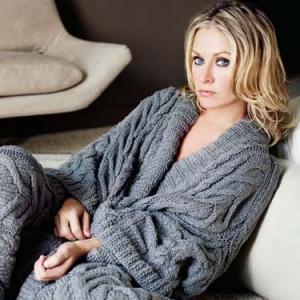 From Gawker: “We called country singer Shelby Lynne’s publicist to ask whether her client will announce her gayness the cover of People on May 5. “I don’t have any information on that.” How can a publicist not know the answer to that? After the blog Autostraddle.com made the case for Lynne coming out of the closet on Cinco de Gayo—as we are now calling People’s much-hyped May 5 issue—we called Lynne’s publicist, Judi Kerr to ask whether the mystery celebrity was her client. “I don’t have any information on that,” Kerr replied.”

Gawker adds: “So we asked if she was denying that Lynne would be on People’s cover next week. ‘I don’t have any information on that.’ But surely she’d know if her client was going to be in the magazine or not? ‘I don’t have any information on that.’ That’s about as close as we’re going to get to confirmation until the magazine hits the stands next week.”

Count us among those who are waiting for the big reveal.