Falk Hentschel Girlfriend or Wife? Shirtless Body and Workout Tips. There’s a new hunk in Hollywoodlandia and everyone here at Famewatcher are saying “Yum! Yum! Yum!” His name is Falk Hentshel. He is originally from Germany. And he has been cast as Carter Hall/Hawkman in the upcoming TV show Legends of Tomorrow on The CW. 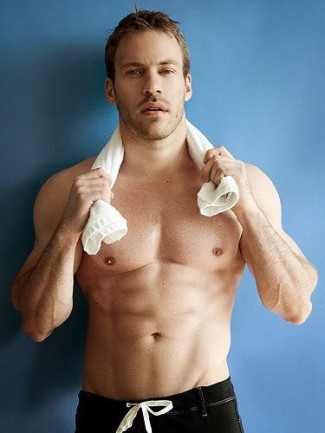 More about Falk’s role from deadline.com:

DC’s Legends Of Tomorrow has found its Hawkman. Falk Hentschel has been cast as Carter Hall (aka Hawkman) in The CW’s midseason series. The character will first appear in the crossover episodes of Arrow and The Flash, then continue on Legends.

Carter Hall is the latest reincarnation of an Egyptian Prince who is fated to reincarnate throughout time along with his soulmate, Kendra Saunders (Ciara Renée). Like Kendra, Carter can access the powers of the Hawk God, Horus, transforming him into the winged warrior known as “Hawkman.”

Currently, Falk is listed as only a “guest star” on the TV shows wikipedia page. Let’s keep our fingers crossed that he will eventually become a series regular. Who wouldn’t want to see His Gorgeousness every week on TV, no? 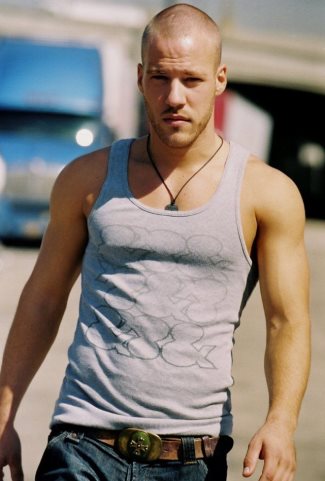 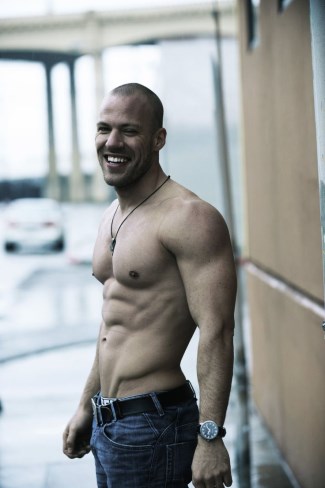 How does a man end up with a body like Falk Hentshel’s? Well, in a feature on the German edition of GQ Magazine, he states that his workout routine includes the following:

1. The Rings: Involves pulling yourself up on the left ring. And shifting and doing the same move for the right ring. This routine is, apparently, the fastest way by which you can develop a V shaped torso.

2. The Catwalk: Involves crawl running over a beam like a cat. It can be done on the ground but using a beam is better. This routine helps build your shoulders, triceps, and abs.

3. Spider-Man Push Ups: Involves use of a TRX training loop and it helps you build your perfect for chest and triceps. Here’s a pic of Falk (by Aaron Farley) doing his Spider Man pushup: 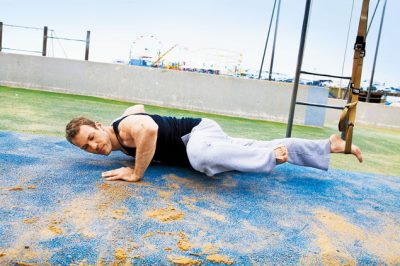 4. Atomic Pike: Sort of like a pushup routine (at least during the starting position) but with your feet attached to and secured by a suspended TRX loop. You then push your butt up so your body looks like an inverted V. Strengthens ab muscles as well as muscles on the bottom part of your body.

5. Cable: This helps you strengthen your back muscles, abdomen and biceps. Falk doing his cable routine: 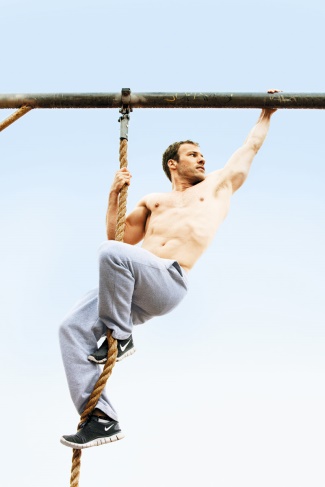 Falk Hentschel Girlfriend or Wife? What is Falk’s current relationship status? Is he dating? Does he have a girlfriend? Or is he married? Yup! He has a wife. Check out there wedding photo below. JOKE! JOKE! The girl is actress Georgina Haig and the image is from the TV crime drama, Reckless, where the two co-star as Arliss Fulton and Lee Anne Marcus. 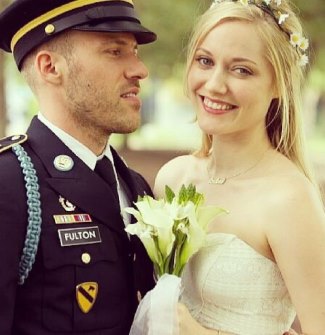 IRL, we have no idea on Falk’s relationship status. If you know, tell us in the comments. Danke!