Extenze Side Effects. Is Extenze good or bad? Is it better than Stiff Nights? Well, Extenze might be good for your bedroom calisthenics but it is bad if you’re a A-List athlete because it can make you test positive for banned drugs. According to gold medalist LaShawn Merritt, anyway. That is, if we believe him. 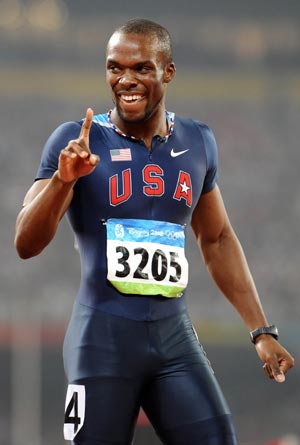 A reigning Olympic sprint champion from Virginia who emerged as a star at the 2008 Summer Games faces a two-year competition ban after testing positive for an anabolic steroid he said he consumed unknowingly in an over-the-counter male enhancement product.

LaShawn Merritt, 23, the 400-meter Olympic gold medal winner in Beijing, on Thursday said he was “deeply sorry” for using a product for “personal reasons” that caused him to flunk three drug tests since last October.

Merritt’s heavy-hearted admission earned him an immediate rebuke from Doug Logan, chief executive of USA Track and Field, who has overseen the sport in the United States as it has sought to distance itself from a spate of steroid scandals in the early 2000s. In a scathing statement, Logan said Merritt had brought “shame to himself and his teammates” and become “the object of jokes.”

Come on now, Mr. Logan, let us not be harsh on LaShawn. It is already embarrassing for him to admit that he took in Extenze to enhance his bedroom adventures.

So what are the Extenze side effects and how did they affect LaShawn? Apparently, because of his Extenze intake, he tested positive for DHEA (dehydroepiandrosterone), a steroid that can be legally sold as a dietary supplement in the United States but which has long been banned in Olympic sports.

Anyhoo, LaShawn released a statement through his lawyer Howard Jacobs and this is what he says: “To know that I’ve tested positive as a result of product that I used for personal reasons is extremely difficult to wrap my hands around. I hope my sponsors, family, friends and the sport itself will forgive me for making such a foolish, immature and egotistical mistake. Any penalty that I may receive for my action will not overshadow the embarrassment and humiliation that I feel inside.”

So may this serve as a warning to athletes on how Extenze side effects can negatively impact them. It may be good in bed but it is bad in sports.