Ewan McGregor Shirtless, Underwear, Young, Emmy Award. Look who’s got himself an Emmy award? It’s our imaginary Scottish beau of course! It’s actually his second major acting trophy if we include the Golden Globe he won for Fargo in 2018. Here’s Ewan and his Emmy: 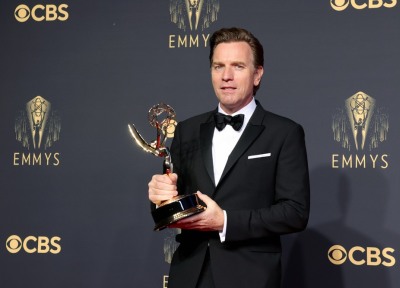 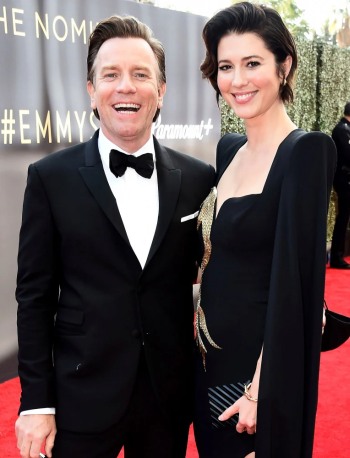 We’re glad that award-giving bodies are finally giving Ewan his due. And props to Ryan Murphy for giving the actor the role in Halston which earned him an Emmy.

…..
Ewan McGregor Underwear, Shirtless Photos, and LGBT Roles (10 February 2013). How do you pronounce Ewan McGregor’s name? We’re told you pronounce Ewan as “You-an”. So now you know! At least you learned something from us here at Famewatcher. It ain’t all about underwear and shirtless hotties. Hehe. But don’t you worry, we have not forgotten about our number one objective which is to bring you the underwear pictures of your favorite male celebrities. 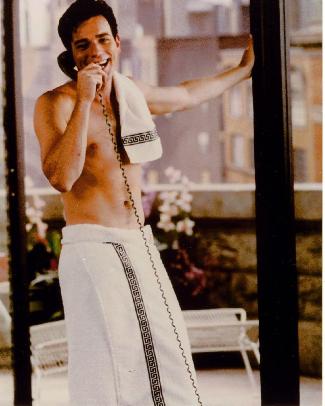 Here’s our Scottish hunk in a pair of white Calvin Klein briefs. Is that Al Pacino with that blue shirt beside our Ewan? If you know who the guy is and the story behind this photo, do tell in the comments. 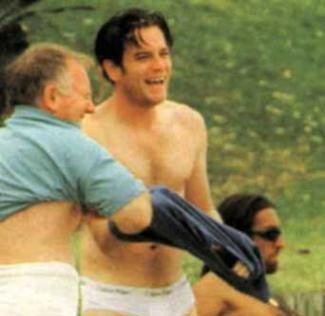 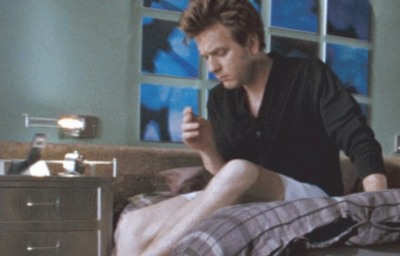 Did you know that he performed in his underoos for the stage play What the Butler Saw back in 1993? 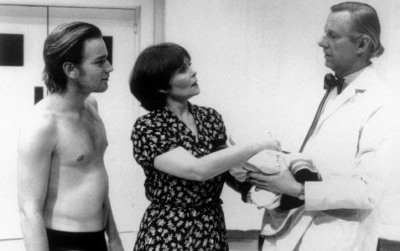 Did you know that our imaginary beau bumped uglies with Batman aka Christian Bale? The two talented actors worked together in the 1998 movie Velvet Goldmine and here’s how Ewan recalled their scene (via Contact Music): “So I start, you know, pumping away slowly, and I start to go a bit more like a bunny rabbit, then like a Jack Russell. Then I said, ‘I’m sure I would have come by now.’ I glanced back and saw the crew packing up and walking away! I think TODD (HAYNES) hadn’t wanted to interrupt us. Christian’s never written to me. He never phones anymore.”

He apparently loves to tell the story because he retold the incident during a 2011 interview at the Graham Norton Show: “I was playing an Iggy Pop-type rock star and we have a shag on top of a rooftop in Kings Cross but they wanted to shoot it from another rooftop. We heard, ‘Action!’ so we started to slowly [go at it]. Then it went on and on—we were really going at it…with a reach-around. [Laughs]. Then I thought, I would have c*m by now so I went round to Christian’s ear and went, ‘I think I would have c*m by now. I’m going to have a look.’ I looked over and they were packing up the cameras! I think they thought it was a sensitive thing, they should just leave it to us.”

Ewan McGregor LGBT Roles. Christian Bale is not the only dude that our Ewan shagged in Velvet Goldmine. He also did some horizontal dancing with Jonathan Rhys Meyers. We’re pretty sure these two are still phone pals. Hehe. We also like to think that Ewan is also still phonepals with Jim Carey, his partner in the comedy, I Love You Philip Morris.

With all the LBGT movies he’s been doing, it’s no surprised that there’s a forum on his IMDB profile asking whether he is a friend of Dorothy in real life. Nah, he clearly is not. He’s just a very talented who is comfortable in his own skin and who is comfortable playing one in movies.

Now, did Ewan ever star in a movie with Jude Law? We ask because of the next pic below? IMDB contains no information about these two doing a film together so maybe this is only from a photoshoot? Or maybe these two British hunks did shack up in real life? 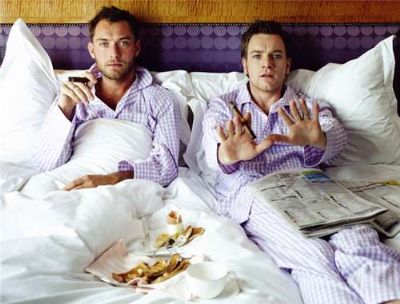 If you know the story behind these last two photos, do tell in the comments. [Update: Betty confidential tells us that the two actually roomed together in London when they were beginning their careers.]