Eva Mendes Underwear Model for Calvin Klein. Our underwear ad message of the day goes like this: Hey dude, want Eva Mendes to pull down your underwear? That’s easy dude, all you have to do is to buy Calvin Klein briefs.

We give props to them Calvin Klein advertising people for coming up with a controversial ad that is generating free publicity for them. Props too for Eva Mendes for starring in the advert. 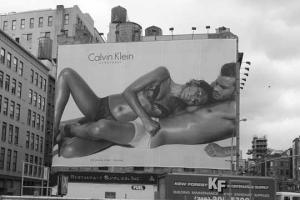 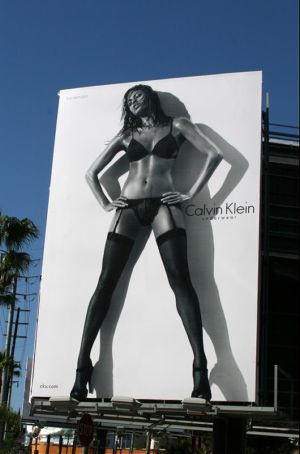 Want more? Of course you do. Here’s Eva with Jamie Dornan. 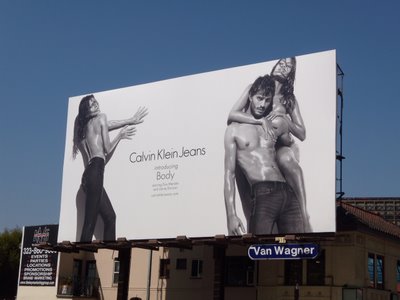 The gorgeous Latina beauty that is Zoe Saldana joins the list of female celebrities who served as spokesmodel for Calvin Klein Underwear. Specifically, the Avatar actress is the face of Calvin Klein’s Envy Campaign launched in Fall 2010. 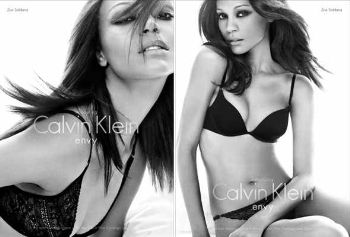 Another famous girl who headlines CK advertising campaigns is Dutch model Lara Stone (who’s apparently now married to British funny guy David Walliams, we are so behind the times on this one). According to the editors of wikipedia, Lara made fashion history when she inked a contract in 2010 to be “the face of Calvin Klein Collection, ck Calvin Klein and Calvin Klein Jeans”. Apparently, this is the first time that the New York-based fashion house has used just one model to be the face of its three brands. 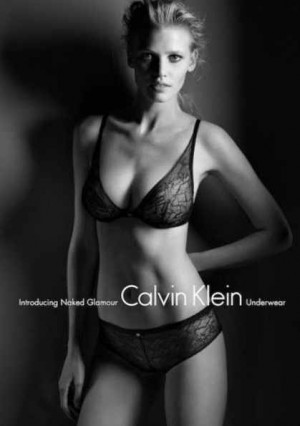 Congratulations, Lara! You made fashion history.

Now, we’re not sure if a woman wearing a man’s underwear is also historical but this is the first time we saw a female celebrity wearing a Calvin Klein X undies (which if we understood it correctly, is designed for men). 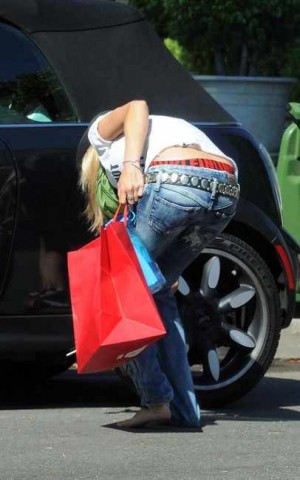