Ethan Hawke Young, Shirtless, Underwear, Awards. Let’s continue blogging about the stars of The Good Lord Bird and, for this post, let’s check out its lead star Ethan Hawke.

Ethan plays the role of John Brown who is a real historical figure known for encouraging abolitionist to employ violent means in their campaign against slavery.

It’s a show we are really looking forward to watching and we are happy to note that early reviews for the Showtime miniseries is largely positive. In fact, it currently has a 100% fresh rating on Rotten Tomatoes although this is likely to change as there’s only 11 reviews at this point. 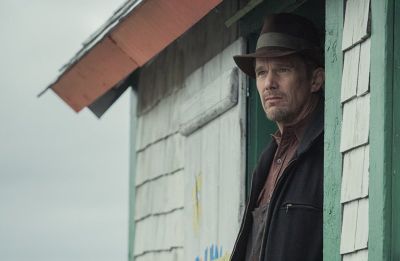 Will the show earn more awards for Ethan? We sure hope so. He’s one of the more underrated guys in Hollywood but the past few years has seen critics and award giving bodies shower him well-deserved trophies including the one 2018 Excellence Award from the Locarno Film Festival. 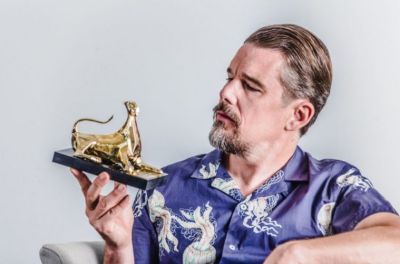 To date, Ethan has received 67 awards — including some for screenwriting — according to his IMDB page. He’s also been nominated for four Oscars (both acting and screenwriting), one Golden Globes, and one BAFTA.

Ethan Hawke Shirtless and Underwear Photos. Of course, we did not forget the hos among us who are fans of celebrity shirtlessness. 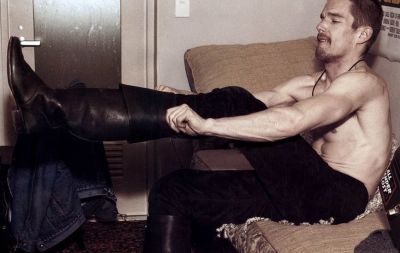 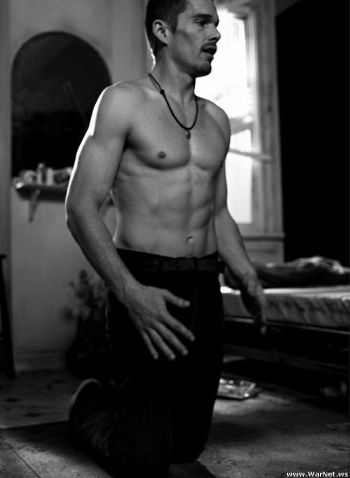 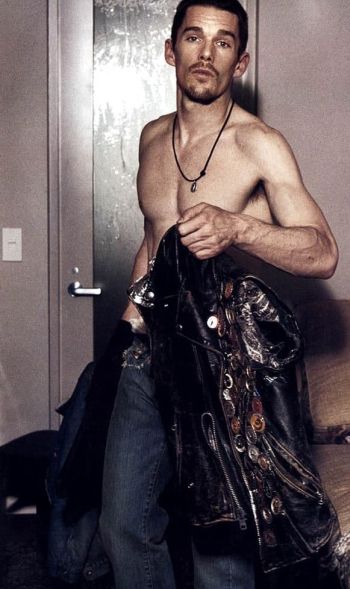 And here’s Ethan in his boxer shorts from the 2015 movie Born To Be Blue. 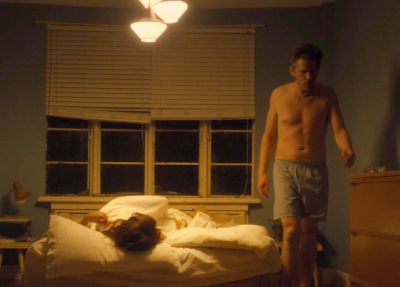 And Ethan in briefs underwear which we screencapped from the really strange 2014 movie Cymbeline. It’s strange because the setting is set in modern times but the characters are talking in Shakespearean English which makes for a tonally dissonant viewing experience. 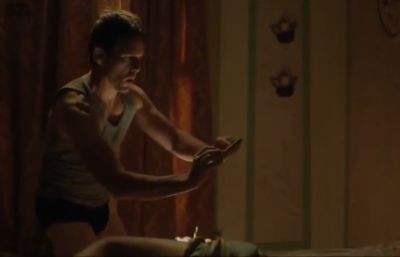 Another photo of Ethan in his underoos. 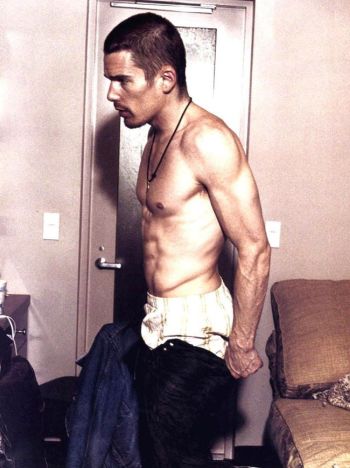 Ethan Hawke Young. Did you know that he was actually a teen star who started acting when he was only 14 years old? He certainly has done a great job avoiding the pitfalls of Hollywood, no? 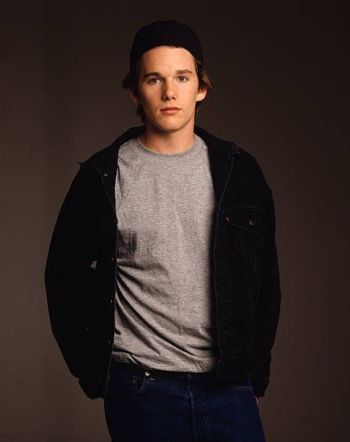 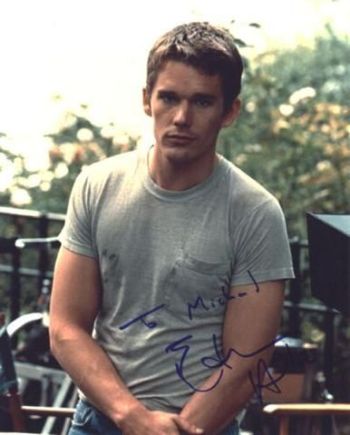 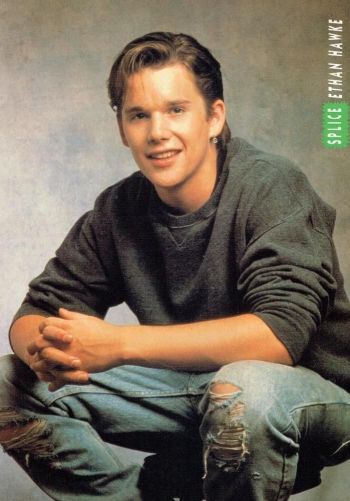 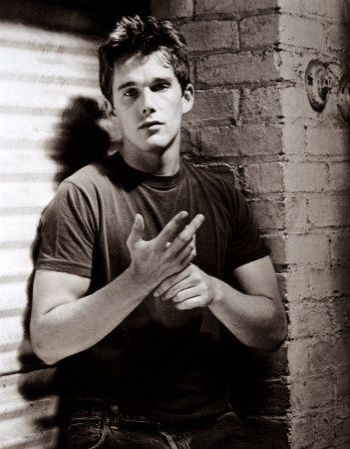 With the great actor Robin Williams, the two starred together in the 1989 movie Dead Poets Society. 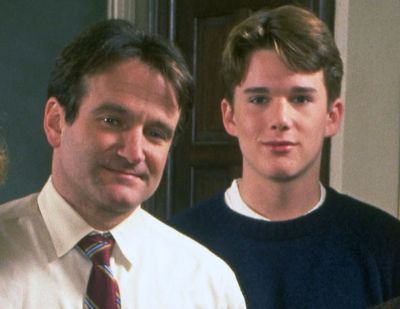 Ethan Hawke Gay or Straight? He is straight and married to wife Ryan Shawhughes with whom he has two daughters. He also has two kids with ex-wife Uma Thurman. Here’s Ethan and Ryan at the 2015 Oscar Awards. 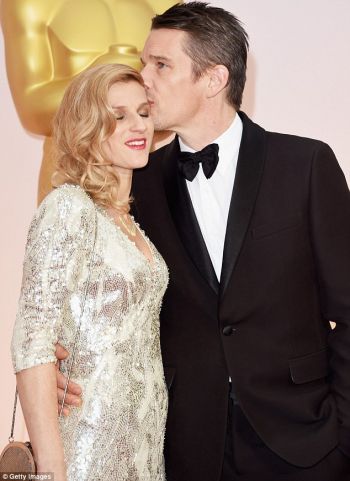 Now, Ethan may be straight but he’s been a known supporter of LGBT rights for a long time. He and Ryan released a video supporting gay marriage when it was being debated in New York back in 2011.

In a 2014 interview with the Toronto Star he expressed at how open-minded the younger generation have become on the issue: “It’s been fascinating to me. One of the biggest differences I think between my generation and my kids is that they have almost zero homophobia. They’ve grown up thinking that it’s not a big deal to have gay characters on TV or in movies like Boys Don’t Cry or Kiss of the Spider Woman. There are all these things that started this (gay acceptance) ball rolling, and now people are really comfortable talking about it. I think you’ll see a lot less teen suicide in the coming years. I really do believe that.”