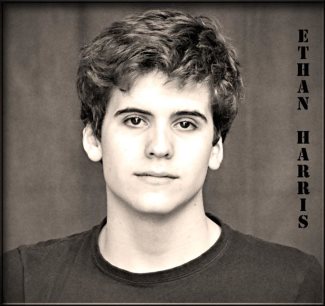 Are we ready to make a bold prediction on who will win American Idol 13? Not yet. Are you silly? We don’t have an overall view of what the field looks like so it’s ridiculous to make such a prediction. We believe though that Ethan Harris will do pretty well in the competition.

Why so, you ask? Because he’s a WGWG (White Guy With Guitar) who can do Whitney Houston. Check this out:

Isn’t that a pretty cool version of I Will Always Love You? Color us impressed especially at the beginning when he was singing a capella. Not a lot of male singers will ever sing a Whitney Houston song because they don’t have the pipes to do it and singers, whether male or female, who sing Whitney are not brave enough to do it a capella. So our curly-haired Ethan gets two thumps up from us for this video. Listen.

Another reason why we think Ethan will do well in this year’s idol is the fact that he has the most Facebook fans among American Idol 13 guys we already blogged about. To date, he has 12,677 (and counting) fans “liking” him on Facebook. Probably the most important statistic is the fact that the bulk of his fans appear to be young girls and grandmas. Let’s repeat that… the bulk of his fans are young girls and grandmas, the very two distinct demographics who are watching Idol and are keeping it alive! You are good as gold when you have the support of these two demos.

Here are photos of Ethan’s fans which we grabbed from his Facebook account which should tell us how potent his fan demographic combination is.

First we have the young girl demo… 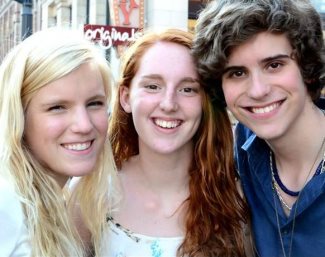 … then the older but still young girls… 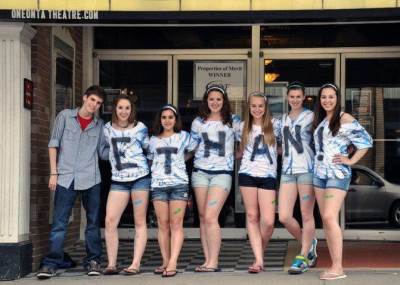 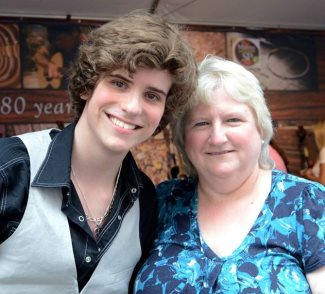 …. and it looks like he also managed to carve out some support from the “patriots” demographic. 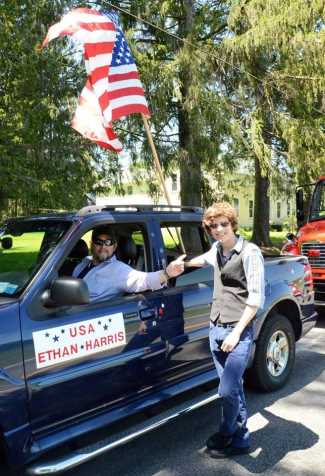 So with this “photo evidence” of Ethan’s support, do you agree with our assessment that he will do pretty well in the competition?

Question: Does Ethan Harris have a girlfriend? If you know, do tell us in the comments.

Update: His audition where he sings a Keith Urban song.