Eric Freeman Shirtless, Gay or Girlfriend, Adrian Grenier Lookalike. While looking at this photo of Eric Freeman which we came across on Instagram, we were like: “Hey, this guy looks familiar but he is most certainly not named Eric Freeman.” 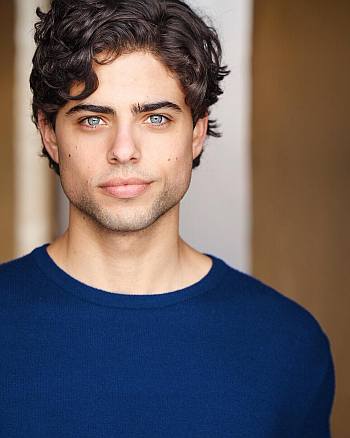 Our friend Kevin who was sitting beside us looked at the pic and said, “Yeah! Isn’t that the guy on the television show which was a big hit few years ago? You know, what was the show? Mad Men, I think. Maybe that Eric dude is catfishing using the actor’s photos.”

Because we have nothing better to do, we decided to check Mad Men on IMDB to see if there’s an actor who looks like the guy above but we did not find anyone in the list of cast members. After more clicks on the website however, we found Adrian Grenier of Entourage and were initially convinced that Eric is using the his images.

But it turned out that we were wrong because we also came across Eric’s IMDB page which proved that he is the real deal and that he’s not catfishing at all. Our bad. Apologies to Mr. Freeman but he does look like the Entourage actor, right? Or should we get our eyes checked? Here’s a side by side photo of the two men. It is as if Adrian (the one on the right) is the slightly older version of Eric. 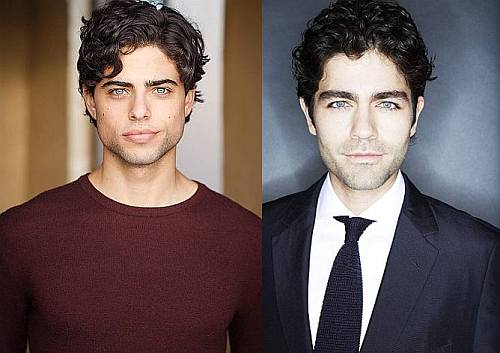 Now, who would look better in a shirtless contest between these two? We think Eric will win it over his older doppelganger on the strength of the photo below. We grabbed this from his Instagram account which you might want to follow (@ericfreeboy). 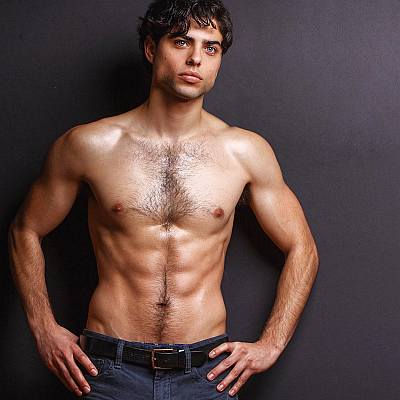 Here’s another Eric Freeman shirtless pics for our thirsty Famewatching THOTs and hos. 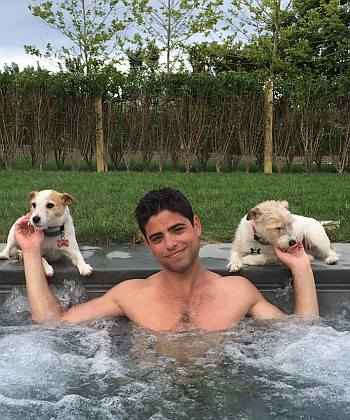 Eric shirtless with a pal. With his unshaved body hair and all, we think he deserves to be admitted to our male celebrity chest hair club. 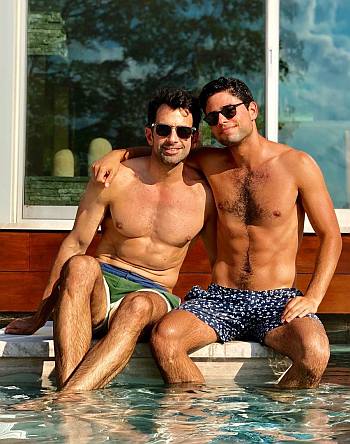 Eric Freeman Gay or Straight? Girlfriend or Boyfriend? We do not know the answer to either question but, as we usually do here at Famewatcher, we will update this post once we have the information. If he ain’t gay, we think it’s fair to say that he is a straight ally as he has post LGBT-supportive messages on his Insta account like this one: 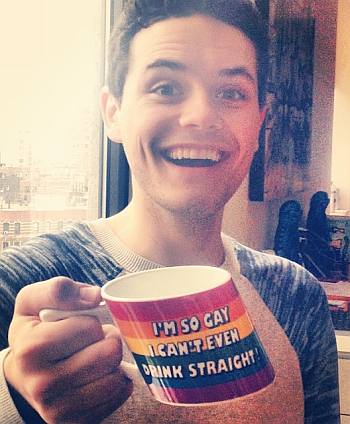 Want more Eric? Check him out on the musical dramedy Katy Keene on The CW which started airing this week. He stars as Buzz Brown on the show.