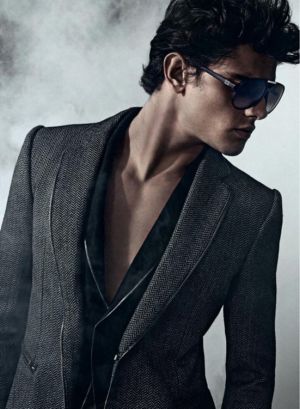 The model, by the way, is Mario Sorrenti of Brazil. He’s giving us an “Adam Lambert vibe” in the pic below, doesn’t he? 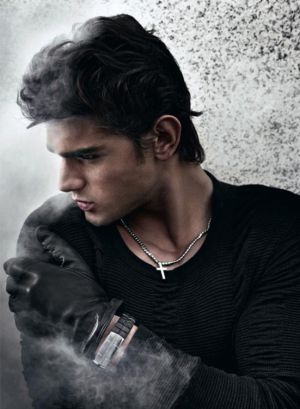 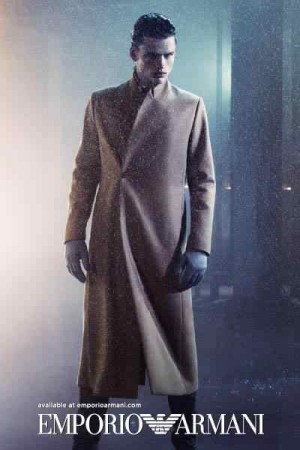 Did we say Simon is a supermodel? You bet he is as he’s currently ranked by models.com as its third top model (Top 50 Male Models) and the seventh best paid model dude (The Money List). He’s got it made, for sure. 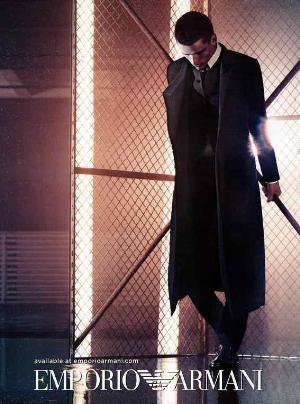 For spring and summer in 2012, the designers of Emporio Armani would like you to wear blue coats. How do we know that? Because blue – all shades of it – is the dominant color in the Emporio Armani Spring/Summer 2012 Menswear Collection. Check out these male models to see what we mean.

Hey look, our imaginary Asian boyfriend – what’s his name? – continues to rule the runway. Yay! We’re so happy for him. [Update: His name is Paolo Roldan. We think he was discovered by Givenchy.] 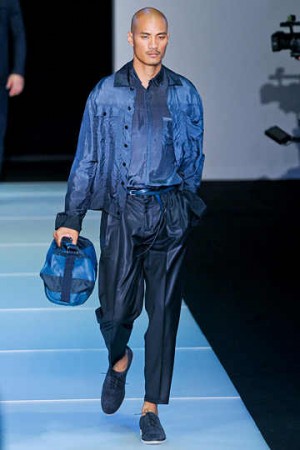 Sorry we don’t know the names of these other male models. 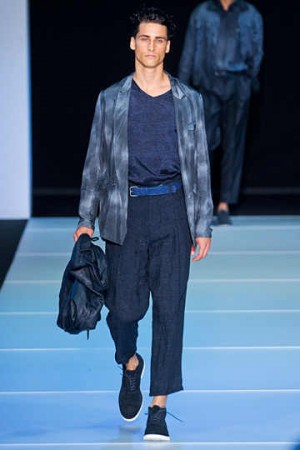 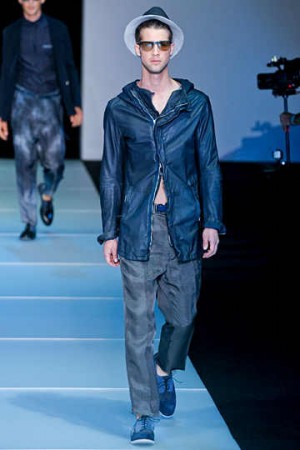 Is that a raincoat? No surprise there really. It’s for spring after all and you do need a raincoat to keep yourself dry. 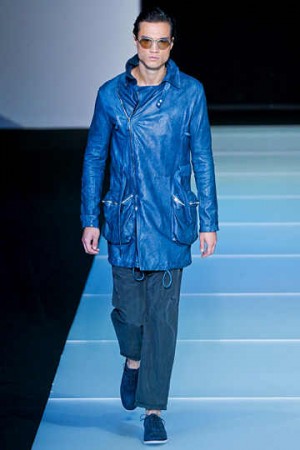 Okay, since we’re all about celebrities wearing designer clothes, we’re gonna end this post with this photo of a shirtless Aaron Johnson wearing an Emporio Armani Spring 2010 Men’s Wrinkled Sport Coat. If you want more of this British dude’s shirtlessness, check out our post on Aaron Johnson’s Underwear. Nice, huh? 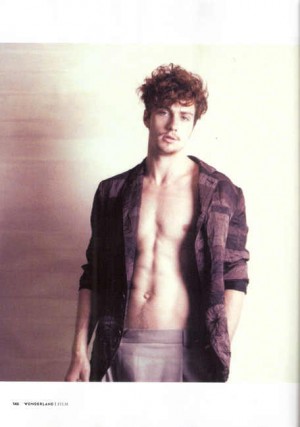