Emporio Armani Male Underwear Models. We here at Famewatcher are voting these Emporio Armani underwear the most sexiest (yeah, most sexiest!) underwear ever. Okay, maybe its more the model rather than the underwear itself that makes us go, “OMG! That’s so awesome!” but can you blame us! This Male model sure knows how to fit into his tight underwear, doesn’t he? Too bad we don’t know his name. 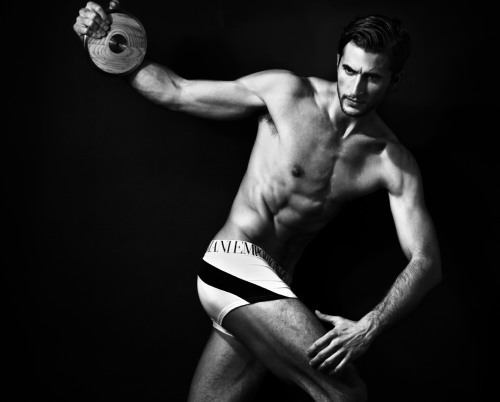 But with all the athletic gear he has – archery, shut pot, discus throw, and that thing they pass on during relays – we’d like to think he’s a hunky accomplished athlete like decathlete Bryan Clay.

Note: Photos referred to above have been moved to our Men’s Underwear Gallery. Our apologies but you can check them out at the following link: Armani Underwear Hunks: Sports Studs in Briefs. 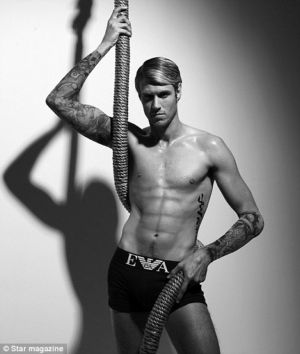 Look who’s copying David Beckham’s Emporio Armani Underwear adverts? It’s Big Brother hunk, John James, whose washboard abs may not be as well-defined as Beckham’s but they’re washboard abs any man will be proud of. 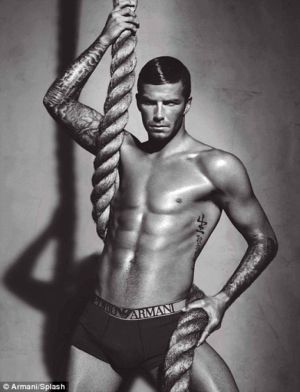 Is John James wearing two underwears? What’s all those wrinkly things inside the white Armani boxers? 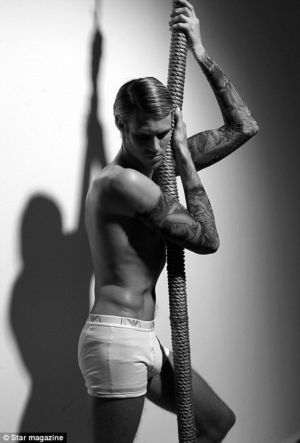 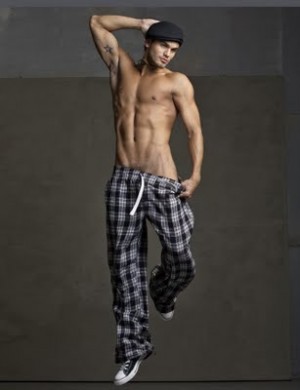 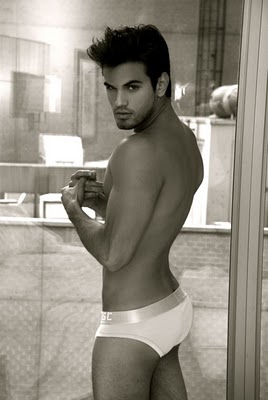 More about Leonardo from his Model Mayhem page: “Hi buddies my name is Leonardo Corredor thanks for visiting my Profile, i was born in arkansas but im Venezuelan Colombian, right now im Hosting a Tv show in Telemundo (Spanish Network) living in miami, and always open to colaborate with good photographers.”

So what do you think of Leonardo as an Armani model? How would you rate him compared to this Mossman underwear male model?