Emile Hirsch Underwear: Boxers of Briefs? Aha. Emile fans who are asking whether their idol prefers boxers or briefs should be interested to know that he’s into tighty whitie briefs. Well, he is a briefs dude in the picture below, anyway. 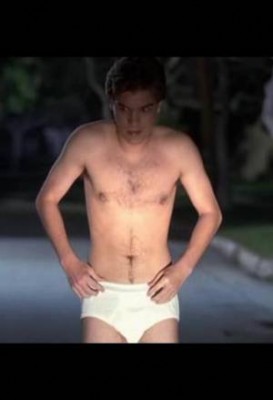 Another pic of Emile walking around in his white briefs underwear. We’re pretty sure that these Emile Hirsch underwear still images are from a movie but we don’t know its title. Maybe you know the movie?

And we’ve got this interesting picture of him looking very much like a, well, hitchhiker. Why he is dressed like that while hitchhiking, we do not know. But maybe his probability of getting a ride is higher when he goes nearly nekkid?

If we are not mistaken, the picture above is from his 2007 movie, Into The Wild which was directed by Sean Penn. This film actually got Emile three acting Awards: Mill Valley Film Festival (Best Actor), National Board of Review (Best Breakthrough Performance), and Palm Springs International Film Festival (Rising Star Award). Emile also received acting nominations from the Broadcast Film Critics Association, the Online Film Critics Society, and the Screen Actors Guild.

For sure, our Emile is a talented young fella, isn’t he? Here’s another shirtless pic of him as a hitchhiker. Hehehe. 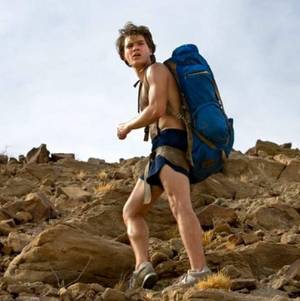 Isn’t Emile Hirsch cute? And doesn’t he have a mischievous looking smile that says, “I did something naughty last night”? We know you did Emile, we know you did. We love how he loves to play with water. Hey Emile, we’d like to get wet with you, baby. 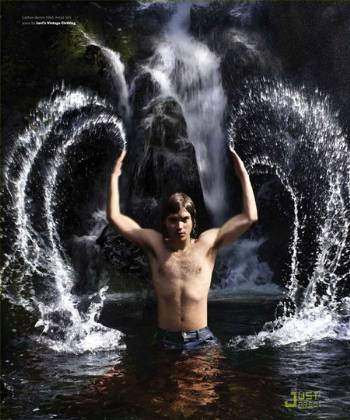 You want more wet, shirtless, and sexy photos of this California hunk don’t you? We have more photos for you, baby.

EMILE HIRSCH TRIVIA (Update): Okay, here are some Emile Hirsch trivia information which some of you ask through Google Search.

How tall is Emile Hirsch? His IMDB page says he is 5′ 7″ (1.70 m) tall. This may not be leading-man tall but … oh wait, Tom Cruise is also 5’7″ so Emile still stands a good chance of becoming a prominent Hollywood leading man. Right?

Does Emile Hirsch have a girlfriend / Who is Emile dating? Emile was dating a girl named Brianna Domont in 2008-2009. We assume they’re still together because there’s no news of them breaking up. Here’s Emile with Brianna during a Vanity Fair party in 2008. 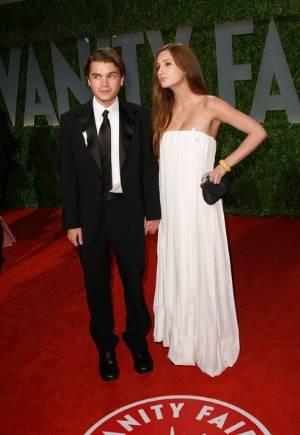 Is Emile Hirsch gay? Ahh, the all-too-common “is he gay” question. Our answer: We don’t know. But he played a gay man named Cleve Jones in Sean Penn’s award-winning movie, Milk. 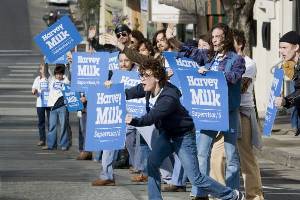 That’s it for now, Famewatchers, but we’ll update this if you have more questions. Thank you.