Here’s what she said about not having plastic surgery: “Sometimes I really see that I’m the one that hasn’t done anything because I think people must think, ‘Oh my God, she looks old’.” 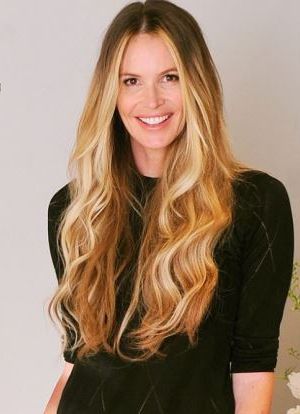 And here’s another thing she said in an interview with Grazia, a British magazine: “It hasn’t occurred to me to intervene with the course of nature to date. I have a strong aversion to putting anything artificial inside my body. I don’t even take aspirin.”

Do you think Elle never really had plastic or cosmetic surgery? Not even botox? She gets a lot of props from us if what she’s telling people about her anti-plastic surgery stance is true.

Anyhoo, Elle is reportedly joining the cast of the The Beautiful Life, a show about modeling and stuff, which stars Corbin Bleu and some other celebrities. Want to see Elle Macpherson’s tight sexy leggings?

Elle Macpherson Hearts Damian Aspinall (posted 25 January 2009). Elle and Damian sitting on a tree. Is it a match made in heaven? What you think? The Age reports on this romance between a supermodel and a supermillionaire, if they go on to have kids they would be supermodel-supermillionaires. Hehe.

From The Age: “Australian supermodel Elle Macpherson is reportedly dating a millionaire British socialite with three children and an estimated $80 million fortune. Macpherson, 44, has been photographed in a London theatre with Damian Aspinall, the 44-year-old son of the late zoo owner and gambler, John Aspinall. The couple looked happy and held hands throughout the performance at the Old Vic theatre, according to Britain’s Daily Mirror. Macpherson’s spokeswoman Lissy Von Schwarzkof said the model and businesswoman did not want to comment.

For more Elle Macpherson check out her gold watch in our post on Celebrity Ladies Gold Watches.

Elle Macpherson Plastic Surgery Update. Now, despite the supermodel’s claim that she does not like and has not undergone any kind of plastic surgery, some websites insist that she did. Here are some photos which allegedly shows the differences before and after surgery. 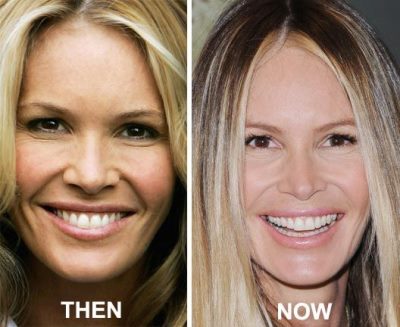 What do you think, Famewatchers? Are you seeing any difference in the images? If there are, are we sure that they cannot be explained by camera angles and make-up? We gotta say that we are with Team Elle on this one. Does not look like she had any cosmetic surgical enhancements at all. 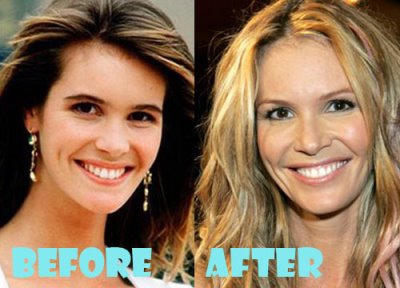