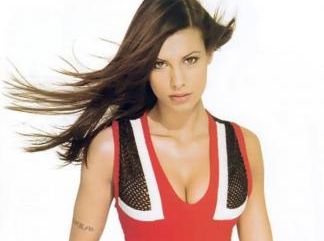 According to wikipedia Elisabetta, who’s from Sassari Sardinia, is a popular personality on Italian television who appeared in Deuce Bigalow: European Gigolo and Virgin Territory. 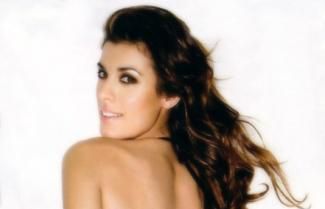 You go, girlfriend! We think she’s better than Fatima Bhutto who supposedly rejected George because he is “old”.

OTHER BLOG ENTRIES WE WROTE ABOUT GEORGE CLOONEY RELATIONSHIPS:

Fatima Bhutto on George Clooney: He’s Old (posted 12 February 2009). Earlier, we blogged about Fatima Bhutto, niece of former Pakistan Prime Minister Bennazir Bhutto and alleged girlfriend of George “I’m gay, gay NOT gay, gay, gay” Clooney. We are hoping that the rumors are true so that our George will ride off into the sunset with Fatima but it might not turn out that way.

The problem? Seems like Fatima isn’t very enthusiastic about their age difference. George is 47, she is 21. According to a source who blabbed to The Daily Mail, Fatima did not take George’s advances seriously “because she thought their age difference would make a serious relationship impractical.”

Are George Clooney and Fatima Bhutto Dating? (posted 10 February 2009). Hmmm. Our boy George Clooney is such a tease. After we reported that he is going out with Katie/Kate/Stephanie Moeser, we’re now hearing reports that he is actually dating Fatima Bhutto, niece of the slain Pakistani leader Bennazir Bhutto.

The National Enquirer quotes a source: “He’s still out there with his usual assortment of Hollywood eye-candy hanging from his arm. But George insists those days could be coming to an end if Fatima wants to take their relationship to the next level and spend some serious time with him in the U.S.” 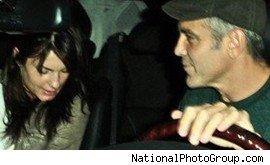 UPDATE: Here’s our (or George’s) girl. Is she a professional game show contestant? And now that George is seeing a girl, does it mean that our conclusion that he is absolutely, definitely, incontestably, 100%+ gay is wrong? 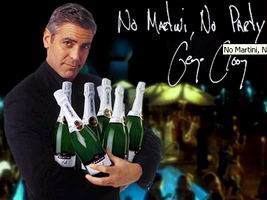