Ekaterina Katia vs Naomi Campbell. Look who’s being accused of adultery? It’s Supermodel Naomi Campbell. It turns out that Vladislav Doronin, the Russian daddy she’s been dating, is very much married and his wife Ekaterina aka Katia is not going to give him a divorce. In fact, the wife is reportedly fuming and is going to do everything to prevent Naomi from stealing her husband away. 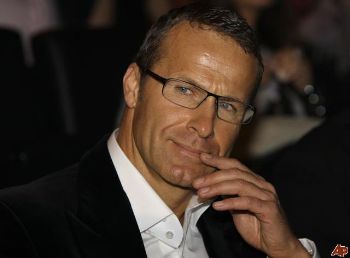 In this Ekaterina Katia vs Naomi catfight, pro Katia sources so far are the one’s talking. Here’s what she allegedly told a source:

“This is just a ridiculous affair. Vladislav is married to ME and we are still a couple. Naomi is deluding herself if she thinks she can take my husband. But it is adultery and Naomi is flaunting it. It is sick and it is embarrassing.

Vladimir and I are not even legally separated. How can she possibly think she can get engaged to my husband when he is married to somebody else? Naomi has got this so wrong. She is kidding herself. I think my husband has been enjoying the fame, glory and showbiz razzmatazz of meeting all the big stars. And it’s good for business.

He is planning several large new city complexes in the financial area of Moscow and Naomi’s friends are useful. She is trying to catch the last train before she is 40 so she can have children—but that train is my husband. And our families are disgusted and embarrassed. Naomi has a history of violence and drug abuse, she is really socially beneath us. It is not the done thing.

My husband is a reserved Russian whose hobbies for years have been on the quiet side—reading business books, quiet traditional Russian dinners, maybe one or two glasses of Krug a week.

Family members and friends from all over the world have been phoning me asking what on earth is going on. We both come from good families and our families are intertwined which makes it even worse. Naomi is maybe having her head turned by Vladimir’s money but she is showing a lack of respect for our family.

In the past he has never liked any publicity. Flaunting yourself in public is not the done thing in our society. I have been with Vladimir since I was 16 years old, you can’t throw that away overnight. His relatives are horrified at how he has flaunted Naomi. They told him off. They’re stronger than me.”

Ouch. Ouch. And ouch. Your turn, Naomi. Too bad you can’t just shut up your rival by throwing a cellphone at her, eh? By the way, we’re kinda with the wife here (we believe in family values, you know) but why is her bile totally directed against Naomi? She should blame her husband too. After all, it’s not like Naomi is committing adultery by her own lonesome.