Eight Best Fun Tourist Destinations Around the World. Damn, we wrote this post a decade ago and we decided to republish it today because, at a time when a virus is wrecking havoc around the world, it reminded us of the days when people were free to travel to any place they want.

For the record, except for Borneo (where we totally did not see any giant serpent), we were not able to visit any of these places. We were scheduled to visit Canada (not Constance Bay though) for a wedding last month but we cancelled it because of Miss Rona.

…..
Eight Fun Tourist Destinations? (posted 19 July 2009). Are you looking for the best tourist fun destinations? Sure you can go to the usual tourist places like the Eiffel Tower, or Broadway in New York, or Spanish beaches but practically all tourists are going there. Where’s the fun in that? You should, instead, check out the following:

Constance Bay, Canada where you will see some good-old dog-style boinking. Let this be a lesson to government officials: if you leave a space in a road sign, it is an invitation for pranksters to fill it up. Here’s the back story on the road sign above with two stick figures doing something which they should be doing in the privacy of their bedroom. 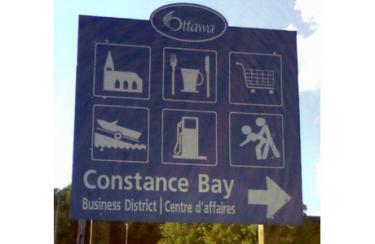 Windsor Castle, Where Tourists Go to Boink. Joy Taylor and Phil Carden were arrested when they decided to go at it like minks at the Windsor Castle grounds in the full view of Japanese tourists who reportedly videotaped what they were doing. 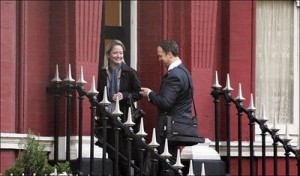 The Sun tells us more about Phil and Joy’s adventure: “Crowds of astonished tourists watched as the drunken pair stripped and got down and dirty on a private grass bank at Windsor Castle, where Her Majesty was in residence. They kept at it for 20 minutes before armed Royal Protection Squad officers stepped in to take down their particulars.”

Borneo, Home of the Giant Serpent Nabau. Are these photos fake or real? Malaysians are debating the issue. Some believe that it is the legendary giant snake Nabau, a terrifying snake more than 100ft in length and with a dragon’s head and seven nostrils. On the other hand, some believe that it is photoshopped or just a “wavy” looking log that’s floating down the river. 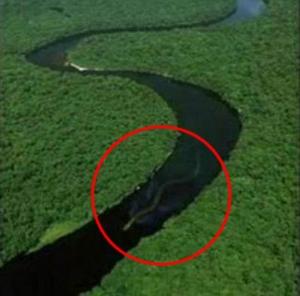 Kunming, China Dwarf Theme Park. A group of dwarfs who decided to start their own village after suffering discrimination from “big people” have turned their village into a theme park and are now welcoming tourist who’d like to see them dressed as fairy tale characters. 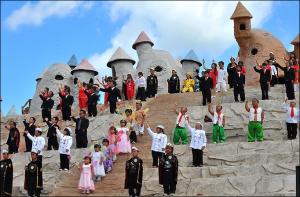 Ordinarily, we do not like it when non-regular people are made into tourist attractions but since this is reportedly a decision made by the dwarf villagers themselves then we see no problem with it. So, if you happen to be in Kunming, China, you might want to check out the theme park and support the villagers in their goal to raise money from tourist dollars.

Great Barrier Reef. Maybe you’d like to go to Australia to see Briton Ben Southall who won the “best job in the world contest”. Ben is being paid a lot of money by the Queensland government to blog about his experiences on a Barrier island. If that ain’t no best job, we don’t know what is.

Romeo and Juliet’s Capulet Balcony. Go and kiss your girl and marry your beau at the Capulet balcony in Verona, Italy. According to legend, the balcony in the pic above is found in the home owned by the Cappellos (Capulets in Shakespeare’s Romeo and Juliet). It is where the real-life Romeo wooed his real-life Juliet. It is now being promoted by tourism officials as a romantic destination. 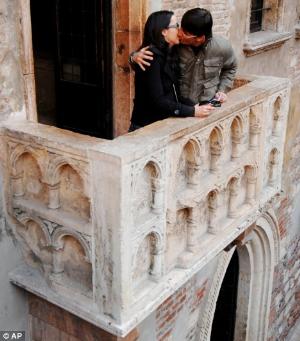 Hotel Rosengarden Naturist Destination. Want to visit and stay in a naturist hotel? Check out the Hotel Rosengarten established by passionate naturist Frieder Haferkorn. It’s reportedly an establishment for guys and gals who like to live in the buff.

When you are there, be sure you follow these house rules: