Initially, our plan was to blog only about Edward Norton’s Birdman jacket but Deena convinced us to also blog about his underwear because, to borrow her words, “people are more interested in underwear much more than they are interested in some effin’ movie jacket”. Hehe.

We don’t necessarily agree with her but there’s no harm in talking also about this Edward Norton Birdman underwear, no? 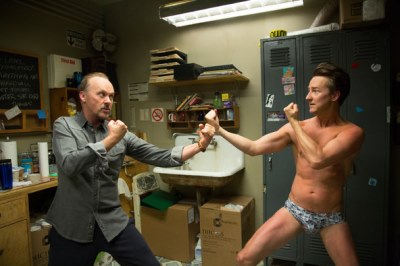 Ain’t that fun? We must admit that we were not able to watch Birdman so we have no clue as to what Ed and Michael Keaton are doing in the pic above. 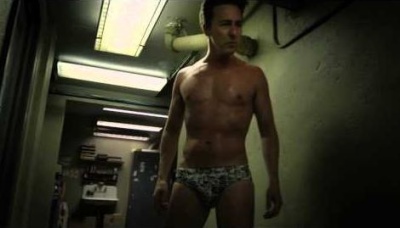 Another view of the Edward Norton Birdman underwear. Deena says it looks more of a panty than a man’s underwear. Hehe. She kinda has a point, no? If he is indeed wearing a panty, he won’t be the first man to do so. Check out, for instance, an earlier post on male lingerie.


Enough with Ed’s Birdman panty. Let’s now talk about his cool jacket. Now, this is the kind of jacket we would wear if we want to do an Indiana Jones and go some exploring in the forest. 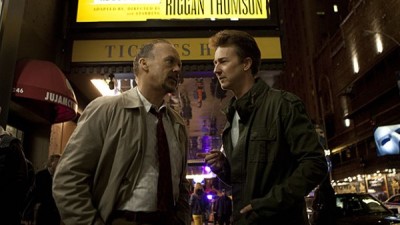 For those of you wondering, this is an Osklen field jacket. It was re-released when Birdman hit the theaters and people were wondering where to buy one for themselves. More about this jacket from the mouth of Ed Norton himself (via fancy.com):

I met Oskar Metsavaht at the Rio Climate Conference and we realized we were both environmental activists and surfers and became friends right away. I loved his Osklen board shorts and hoodies but my favorite piece was this great jacket. Like something Che Guevara would have worn on a brisk day in Paris.

I wore it all the time and when we started rehearsals for ‘Birdman’, our director Alejandro Innaritu said ‘I fucking love that coat…you look like the artist I want to be in that coat…that should be Shiner’s uniform’ I agreed and we put it in the film. Alejandro wanted one. So did Chivo, the greatest cinematographer alive. Then so did a writer friend of mine. Everybody…men and women…started asking me ‘what’s that coat?’

So I said to Oskar, “Why don’t we turn this into something positive?”

Osklen had stopped making the coat but Oskar agreed to make a new special edition run of the coat that we’re calling ‘The Shiner’.

My friend Joe at Fancy, where I always find the most unique and best stuff, said ‘Let’s offer it here.’

Better yet, every dollar from the purchase of this special edition is being contributed by Osklen and Fancy to one of the greatest environmental protection and sustainable development projects on the planet…one I’ve been involved with for 12 years: The Maasai Wilderness Conservation Trust

Let’s take a closer look at Edward Norton’s The Shiner Osklen jacket, shall we? 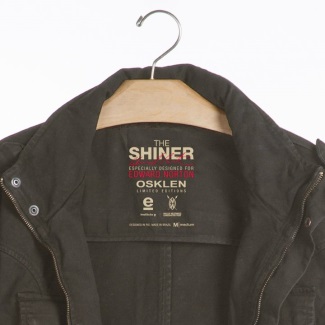 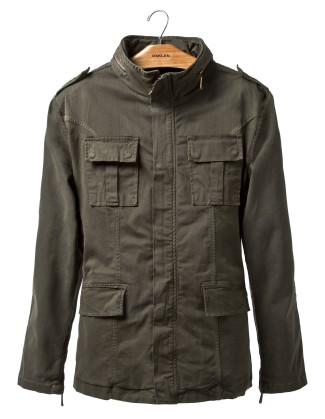 According to Norton, this jacket is made of “cotton twill with elastane (98% cotton/2% elastane), which ensures flexibility and comfort”. Unfortunately, for those of you wondering, this jacket is now sold out. Keep your fingers crossed that they will re-release it in the future.