Edible Underwear For Women. What will underwear designers and manufacturers think of next? They gave us those organic soy underwear. Then there are thongs, and jockstraps, and long johns, and briefs, and boxer briefs, and g-strings. Then there’s that Japanese astronaut who used some kind of “self-cleaning” undies in space. Okay, that astronaut underwear is still being studied but the underwear choices we have these days do boggle the mind, don’t they? 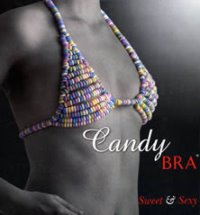 For instance, have you heard of these edible underwear made of candies? If that ain’t a foolproof way to attract ants and other insects to your nether regions area, we don’t know what is. But its also a good way to attract people to said area too.

So what do you think of these edible underwear for women? Are you adventurous enough to try them out? Do tell in the comments.

Update: We decided to update this post to bring you more edible underwear for women. Aside from the Candy undies above, your choices when it comes to eatable undies include Gummy Edible Underwear. 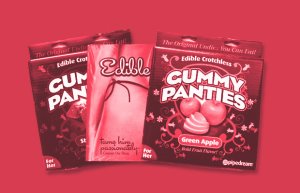 Anyone tried this, what’s your review of Gummy edibles? Is it any good?

Another “brand” you might want to check out is Yumgerie edible underwear. Here’s one of their products. 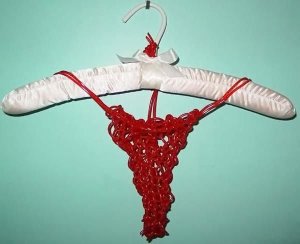 Finally, did you know that Victoria’s Secret also dabbled in the edible undies novelty craze in its 2013 fashion show? Too bad it does not do it every year.

Now, what are the health risks of edible underwear? We’re betting no one has made a study on the risky side of edible underwear so we can only speculate. For instance, do you think edible undies will increase the risk of yeast infection? We kinda think that it might but that’s just a gut feel.

Of course, as we mentioned earlier, there is always the risk that your edible undies will attract ants to your bed. So they’ll be crawling in your bed while you are trying to sleep. But it ain’t just ants you should worry about other bugs too. And, horror of horrors, those damned cockroaches! Ewww!

Anyhoo, we’ll leave you with another pic of edible undies for the ladies. 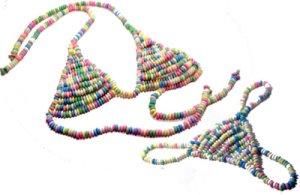