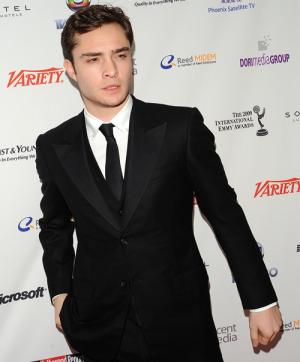 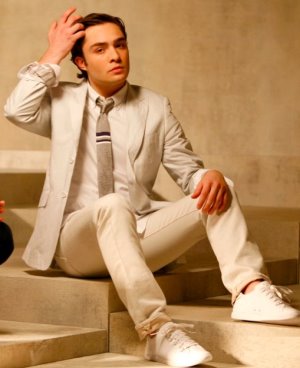 Hey look Ed Westwick aka Chace Crawford’s BFF, Jessica Szohr’s boyfriend , and cougar kisser extraordinaire has got himself a big shoes. Nah, that’s not really that big of a pair of shoes. They’re just normal size. 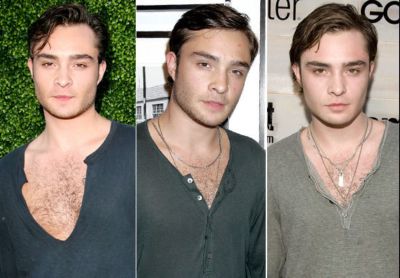 We normally like body hair on our men. We also normally like V-Neck shirts. But we think we’re gonna give an exception for Gossip Girl’s Ed Westwick. We’re soo disliking his chest hair and we also don’t like the fact that he’s always showing it to us by the way he dresses.

The guy needs to go through that body waxing thingie that some male celebs are doing these days. Or he should reduce the days he wears them V-Necks from every day of the week to, say, once in every month. 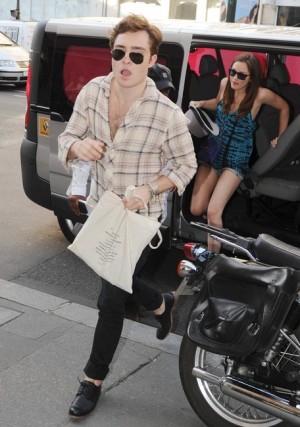 We don’t like Ed Westwick’s “curtainy” shirt and “no-socks” leather shoes, but we give the guy credit for his cool aviator sunglasses, the Ray-Ban 3025 Aviator sunglass.