Dylan Brady Hot British Student, Gay, Girlfriend. Famewatchers, say hi to Dylan Brady, a 22 year old British actor who has a recurring role on the BBC show Get Even which you can now watch on Netflix.

On the show Dylan plays Ed, a student at the Bannerman Independent School, who is friends with one of the major characters.

The actor just finished his BA acting degree this year from the Manchester Metropolitan University where he was a recipient of the Sir John Gielgud Bursary Award. 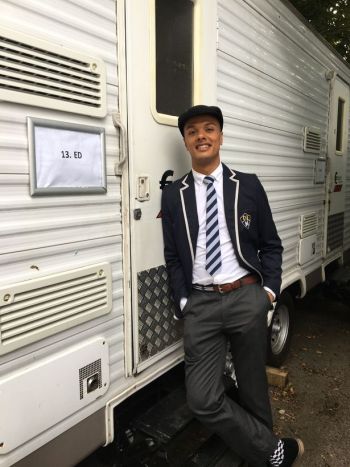 Get Even is actually Dylan’s second acting gig. He also appeared on the long running British TV soap Coronation Street where he played Danny Tomlinson, an out gay man who was in a relationship with football player James Bailey when they were together in London. 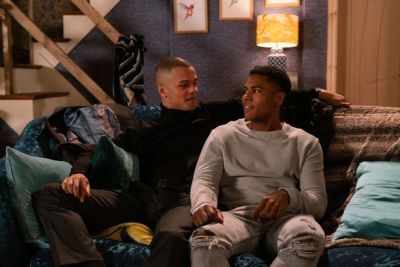 He was in Corrie (the cute nickname for Coronation St.) for ten episodes (per IMDB) and his hooking up again with James Bailey resulted in the latter’s coming out of the closet. 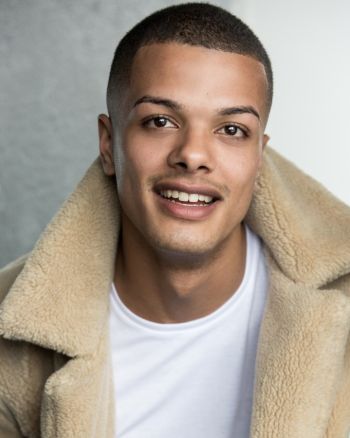 In an interview with Derbyshire Telegraph, the acting newbie has this to say about his TV gigs: “When I think about it going out on Friday I feel a bit sick! My family, who still live in Derby, are so proud. It’s exciting for them because it’s a show that they know so well. The support I’ve had has been overwhelming. My mum is so proud because this is the sort of thing she wanted to do but the opportunities weren’t out there for her.”

He adds: “My dad was a little bit more worried about me ‘getting a proper job’ and wanted me to do a degree in English or something, so it’s nice for him to see me doing well in my chosen field. I’ve seen bits of Get Even but when it’s out on Saturday I’m going to binge watch it – probably many times with many people!”

We are so happy for the guy. We hope he continues to book projects in the future. Here are photos where he’s chilling with his Get Even co-stars. First with Isaac Rouse: 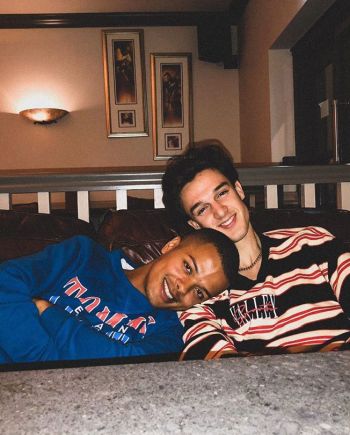 And Dylan with Bethany Antonia who plays one of the lead characters: 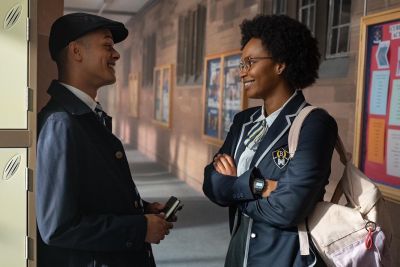 Dylan Brady Gay or Girlfriend? Is he gay in real life like Danny Tomlinson or is he straight? Does he have a girlfriend or boyfriend? We have no answers for these questions but we will update the post once we do have the information in the future.