Dustin Dlouhy Shirtless Football Jock and Model. Looking for American footballers who became successful male models? Well, let’s check out former University of Montana defensive lineman Dustin “Duke” Dlouhy who sure can give Tyra’s ANTM models a run for their money. Well, maybe not Nyde DiMarco because that guy is god’s gift to modeling but Dustin can outpose all the rest of them. 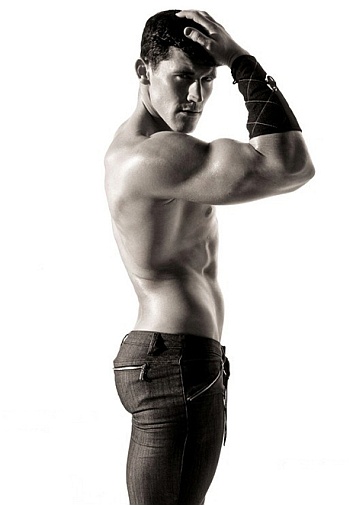 Want more shirtless men in jeans like Dustin above? 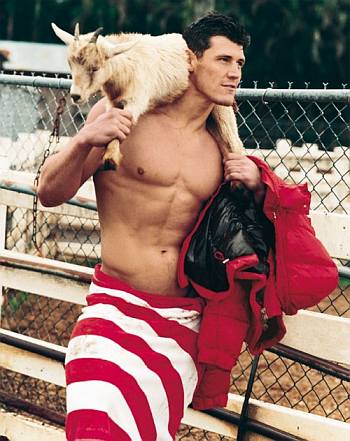 Please say that like us, you’re just as jealous of the goat above. Haha. 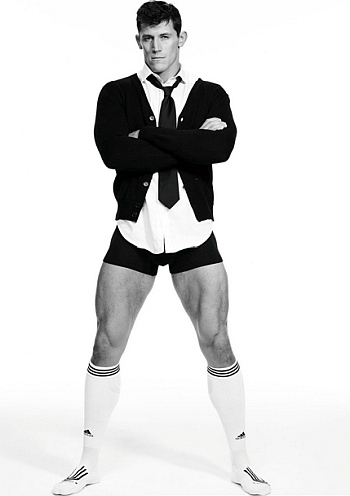 Update: One of the things we wondered about when we originally wrote this post was whether Dustin Dlouhy was a real football player (unlike, say, TV chef Gordon Ramsay who claimed to be a football/soccer star when he wasn’t anything like that).

We had our doubts partly because he’s kinda too cute to be a football player and mostly because he doesn’t have the massive and bulky body build which seems to be required of NFL/American-style football players. But Dustin is indeed a bonafide American footballer who played for the University of Montana.

And he was a part of the U.S. national team to the 2007 IFAF (International Federation of American Football) World Cup; needless to say, their team won the gold medal.

Here’s a video of Duke’s exploits on the football field:

And here’s a photo of Dustin with a fellow U of M football player. 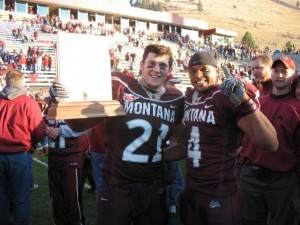 But rather than pursue sports opportunities after college, he took a different route by pursuing modeling and acting in the crazy land of Los Angeles. Here’s some more Dustin Dlouhy shirtless modeling pics which, if they were bigger, will be our wallpaper. 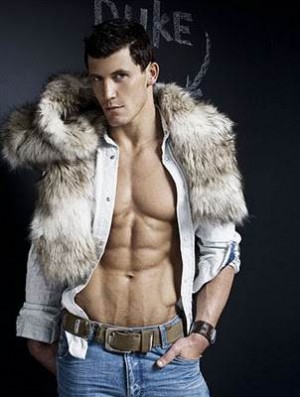 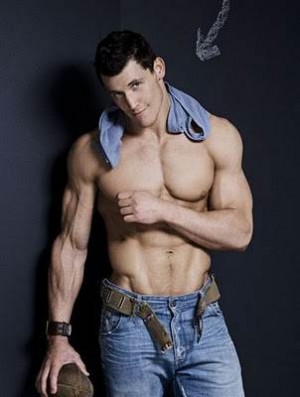 In an interview with athleticcapital.com, here’s what he says about his move to L.A.: “LA is not for everybody. This town can get the best of anyone and turn great people into monsters. I’ve seen it happen. At first, I hated the traffic, smog, cost of living and general fakeness I felt from most people here, especially the ones in my industry. However, with time, like anything, it gets better.”

He adds: “I find my balance in this city by staying in touch with nature. Whether it’s body surfing at Zuma Beach in Malibu or doing a free public yoga class at Runyon Canyon – Southern California is truly a beautiful place with much to offer. One must not forget to utilize these natural, daily gifts.”

According to IMDB, our former football jock also appeared in two movies: as Roger (Jock #1) in Girl Walks Into a Bar and as security guard #1 in Taboo Deltah (short). Those are movies we haven’t really heard of and Dustin’s roles are neither meaty nor substantive but that’s how big Hollywood stars began their career. We hope Dustin goes on to do bigger things in the future.

Apparently, he also does some work behind the camera. Specifically, he’s got eight credits as an executive producer on IMDB including a documentary called The Last Chimpanzee about the legacy of a great ape who appeared in Hollywood movies.