Duncan James Underwear, Workout, Shirtless Photos. Is British hunk Duncan James the sl*ttiest boybander or what? Based on the underwear and shirtless photos he’s been sharing with his fans, it kinda looks like it, no? 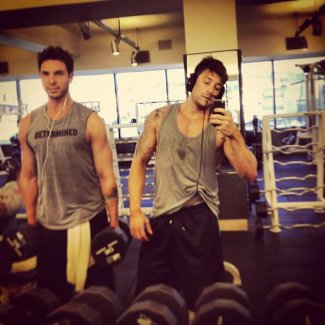 Now, don’t get us wrong. We ain’t complaining if a celebrity as cute and as hunky as the 34-year-old British singer is sharing his saucy pics with the public. In fact, the world (okay, maybe not “the” world but “our” world) is richer and more colorful with oversharing guys like him. We are soo looking forward to the day when an au naturel pic of him shows up on Guys With iPhones. 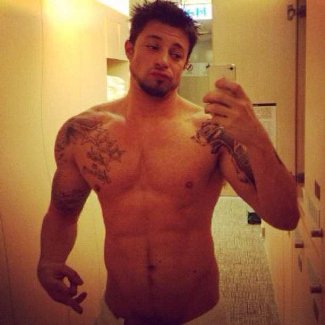 Anyhoo, we kinda understand why our Duncan is sharing these pics. Why? Because he’s looking really, REALLY good in them. Heck, if our boyfriend in real life has a body as toned, as in-shape, and with all the bulges in the right places we’d encourage him to send out similar photos of himself too to make our bitchy high school friends jealous. Heck, we’d even send it out ourselves. Hehe.

Our favorite bisexual celebrity has one of the world’s best washboard abs, doesn’t he? 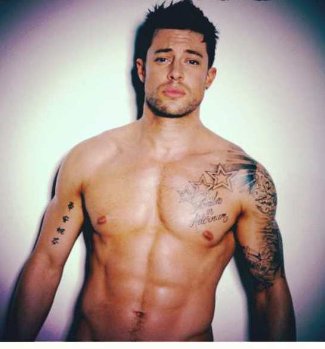 With fellow Blue band member, Lee Ryan, who is as equally hawt as our Duncan. Hah. Did they or didn’t they? For those of you wondering, yes they definitely did. Here’s what Lee said about doing stuff with his bandmate/bedmate according to Britain’s New! magazine: “Me and Duncan had threesomes! We did some crazy s**t with each other. In the past we’ve done some s**t like that. It’s not weird… you just high five each other. I think they call it a spit roast.” 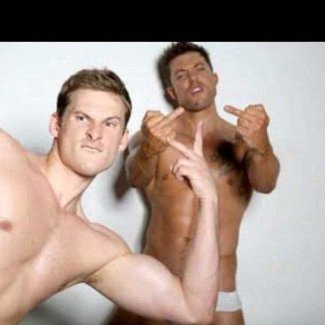 Duncan James underwear: boxers or briefs? Apparently, based on the photo above, our Duncan likes him his tighty whities. 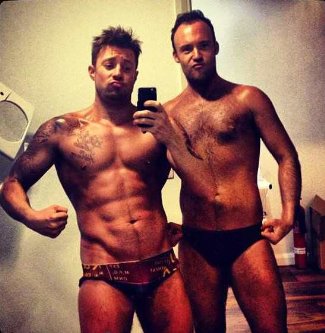 Duncan shows off his Speedo with a guy that pouts like Chandler Bing aka Matthew Perry. 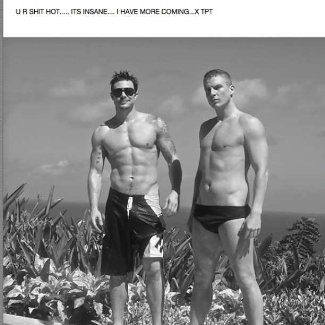 The Blue singer poses with another Speedo guy. Is that your boyfriend, Duncan? 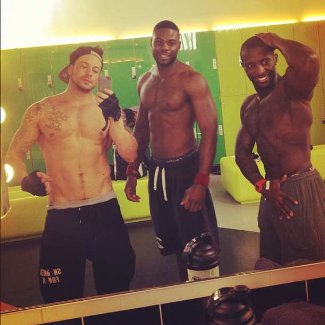 Duncan with some gym buddies. 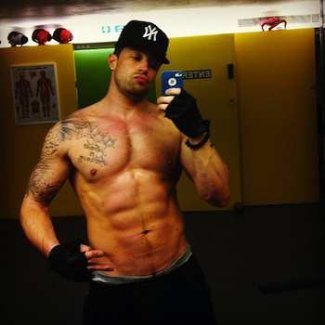 Our British hunk gets pouty-kissy like some male model we love. He should model for Tyra Banks when Britain’s Next Top Model goes non-gender specific like the upcoming season (Tyra calls it “cycle”) of America’s Next Top Model. 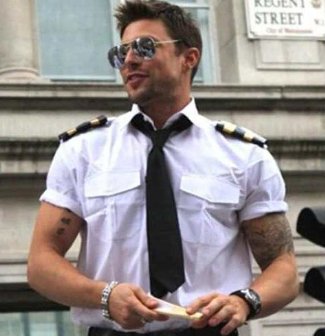