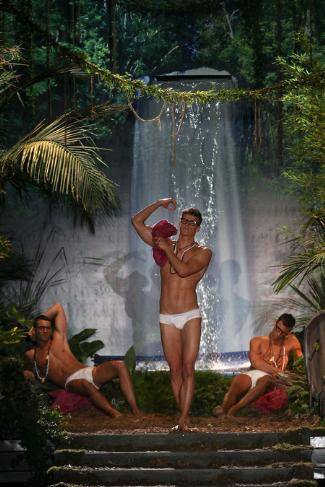 And another tighty whities. 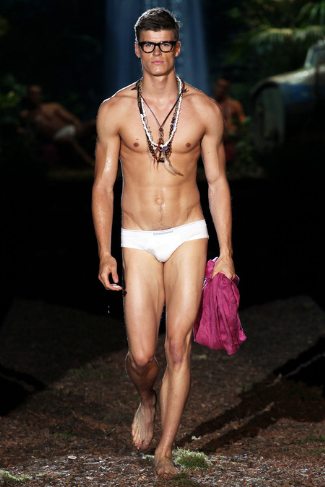 We’re hoping they would have more variety in design and style (like, you know, long johns, bikini briefs, classic boxers, and enhanced briefs) but we’re pretty sure the brand will have more options for men to choose from in the future. 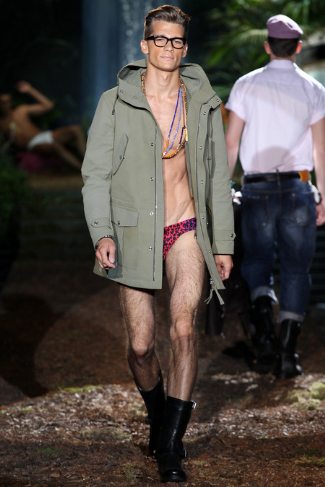 There are more choices when it comes to men’s swimwear which, according to Deena, can also be considered underwear in some certain circumstances. You can have s sexy chic squarecut beach shorts like this one. 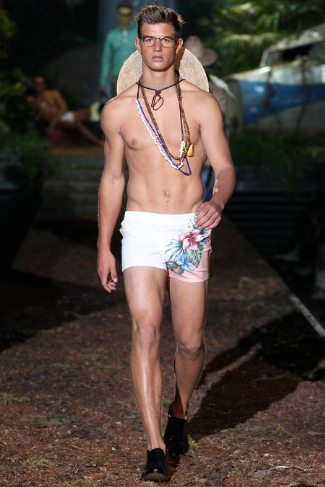 Or this fabulous, Hawaiian inspired shorts. 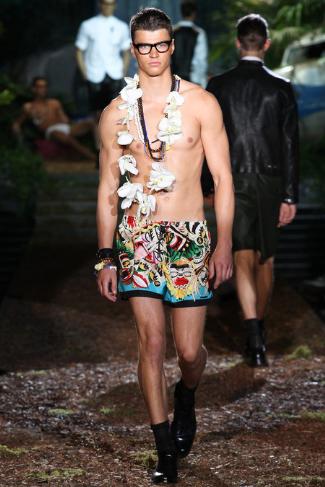 The lucky male model who’s been picked to be the face of the Dsquared men’s underwear campaign is British hunk Matt Woodhouse. Check him out in the pic below by Steven Klein. 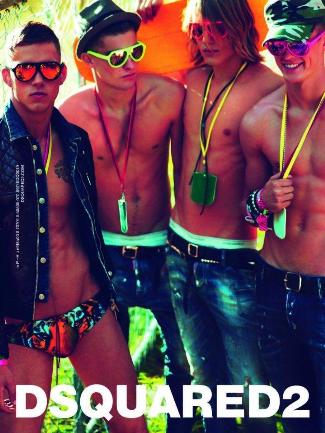 How epic is the next photo below: Russian male model Dmitriy Tanner flies the U.S. flag down there. If you want to be naughty, you might want to imagine Dmitriy’s fellow model (Ton Heukels of the Netherlands) helping Dmitriy raise the pole for the US flag. 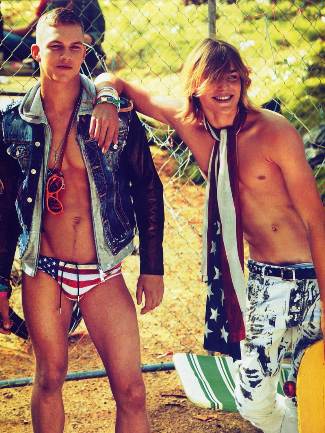 Anyhoo, let’s go back to the the successful Dsquared Milan Fashion show which unveiled the label’s underwear line with this backstage photo. 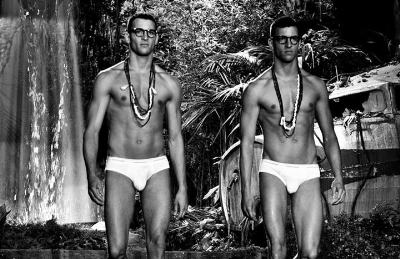 In ending this post, let’s leave a question for you fellow UnderwearWatchers to mull over: How do you think Dsquared2 will fare in the battle for men’s underwear dollars? Will it make a dent in the market share of giants like Calvin Klein and Emporio Armani as well as the niche brands like Aussiebum and 2xist?