Drew Christy Survivor Hunk: The next Survivor hunk we’ll be blogging about is …. surprise, surprise … Drew Christy. Well, actually, that’s no surprise at all. Since we already told you about his lacrosse-playing younger brother Alec Christy, the next best person to blog about is Drew. 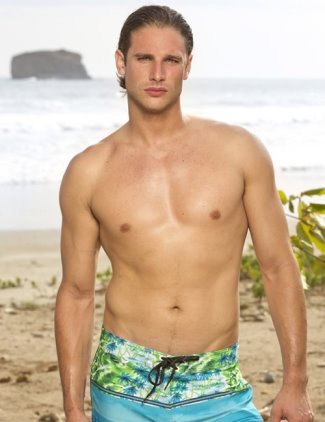 How will this Team Brothers fare in the second second Blood vs. Water competition? Because we love us some male eye candy, we are keeping our fingers crossed that they’ll go all the way to the finale. You know, kind of like the gorgeous fireman that is Eddie Fox! Damn, didn’t we love us our Eddie! Want more Survivor Hunks?

Anyhoo, the CBS powers-that-be have listed Drew as a “Traveling Sales Rep” but some of you may know him as a male model. The gorgeous hunk has been modeling for some time now and is, apparently, signed with Elite Model Management. How sexy is a shirtless Drew Christy? 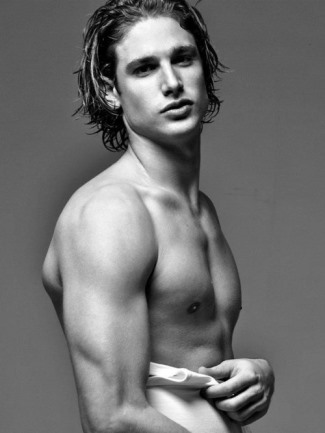 Here’s how Drew described himself in his Model Mayhem page:

JUST SIGNED BACK ON SINCE 2011! I’m Drew from Winter Park, FL. Over the last 4 years I have traveled the world for modeling living in the large fashion markets such as Milan, New York, Paris, and LA. I am still currently signed with Elite LA/Miami and Angels and Demons Paris. I have done jobs from samsung commercials to walking the runway for Polo Ralph Lauren in Florence Italy as well as many others. I now have a better financial career and live in Orlando Florida. Please ask for my email or contact my agencies for serious bookings only. Thanks! 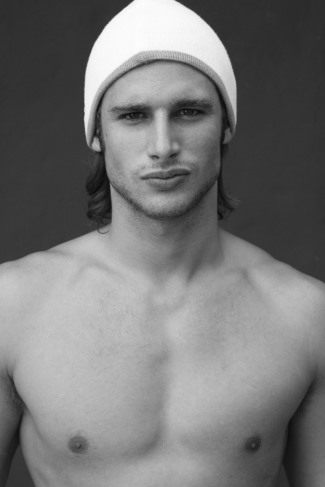 Is Drew Christy gay or straight? Our friend Kevin says the pic below is giving him a gay vibe. We gotta tell you though that Kevin is full of cr*p because every gorgeous guy he has a crush on has a “gay vibe”. 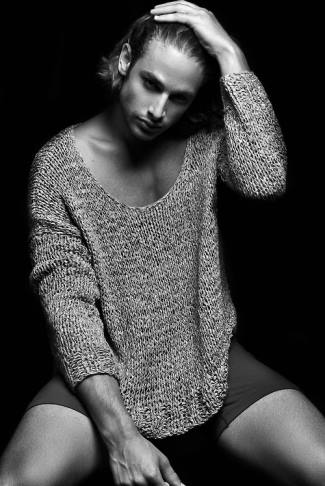 Does Drew Christy have a girlfriend? We don’t know but we’ll update this post once we find out what his relationship status is or whether he is dating anyone at the moment.

Name: Drew Christy (25)
Relationship to Significant Castaway: Alec’s brother
Current Residence: Winter Park, Fla.
Occupation: Traveling Sales Representative in the family business.
Personal Claim to Fame: I seem to pull off the unthinkable with ease. People will ask me…How did you do that?
Inspiration in Life: My amazing family.
Hobbies: Traveling, modeling, booze cruising, playing sports and partying.
3 Words to Describe You: Adventurous, spontaneous and goofball.
If You Could Have 3 Things on The Island What Would They Be? 1) Survival knife 2) Butane lighter 3) Jam Box
SURVIVOR Contestant You Are Most Like: Fabio or Malcolm because they are athletic, smart bros that know how to manipulate people and situations to advance themselves.
Reason for Being on SURVIVOR: I have always watched and thought about what it would be like to be out there. The experience is worth more than the million dollars to me.
Why You Think You’ll “Survive” SURVIVOR: I am emotionally and physically strong.
Why You Think You Will Be the Sole SURVIVOR: I am likeable, manipulative and a winner.
What Does It Mean to You to Play Survivor with Your Loved One? It’s going to be an experience we can look back and remember forever. Win or lose I’m proud of my brother.

Any bold prediction on how Drew and Alec will fare in Survivor? Deena says they will be an early boot because the castaways will see the brothers’ athleticism and competitiveness and vote them out before its too late.

We will see soon enough if Deena’s prediction will come true.