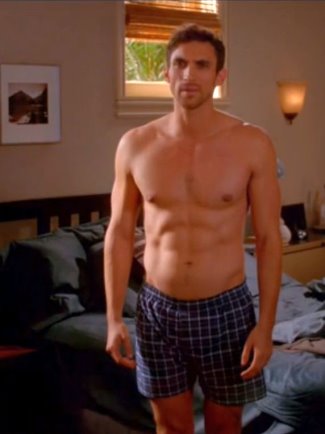 Now, Dominic/Tony is not just a boxer shorts guy. In another episode, we see him wearing a pair of boxer briefs underwear. 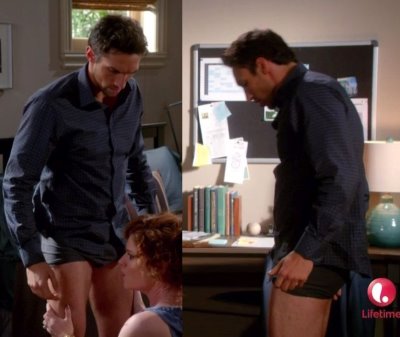 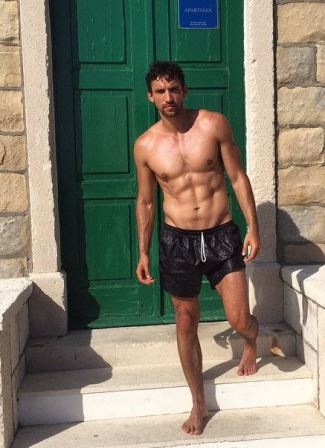 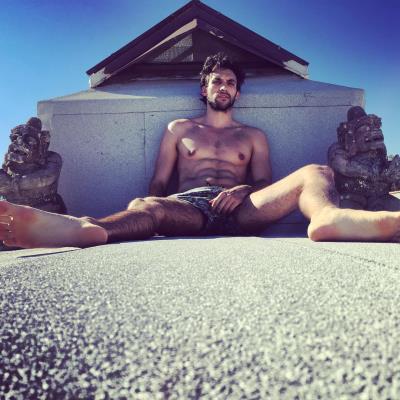 Who wants to join this guy and have fun swimming in the clearest waters ever? 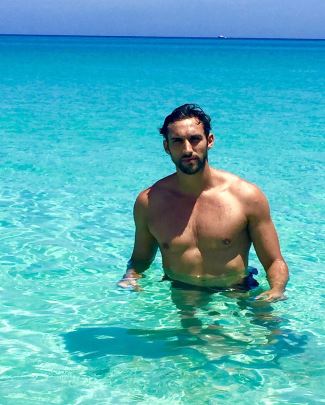 Dominic Adams Ethnicity? What is Dominic’s ethnic or racial background? Well, an article at whitenoise.com mentions that he is “half Persian and half British”. Kind of an odd phrasing, no? If he was born in the U.K., doesn’t that make him full British? Anyhoo, we guess said phrase simply means that one of his parents is from Iran while the other is from Great Britain.

Dominic Adams Gay or Straight? He is either gay or is very supportive of the LGBT community. Why do we say this? Well, because of the rainbow flag he posted on his Instagram.

And because of this photo of him being kissed by two newly married gay couple. 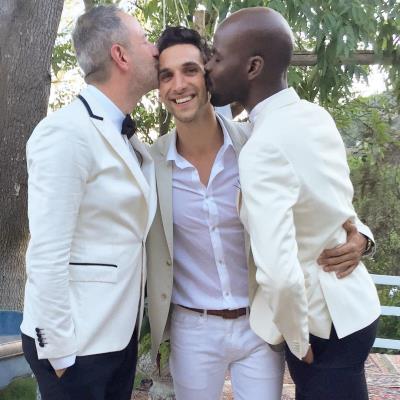 And because he and his mate are comfortable being touchy touchy with each other. Of course this touchiness does not, by itself, mean that one is gay but it may be an indicator if taken with other indicators. Hehe. 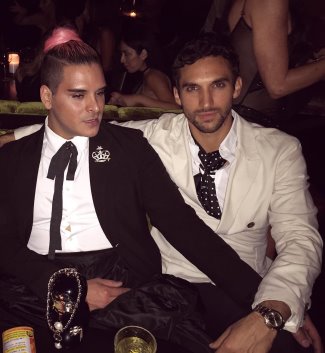 Dominic Adams Girlfriend or Married? What is our Dominic’s relationship status at the moment? Does he have a girlfriend? Is he single? Or is he married? We have no answers unfortunately. Maybe the girl he’s with in the pic below is his girlfriend? But then again, maybe they’re just close friends? Anyhoo, we’ll update this section once we find out the answers. 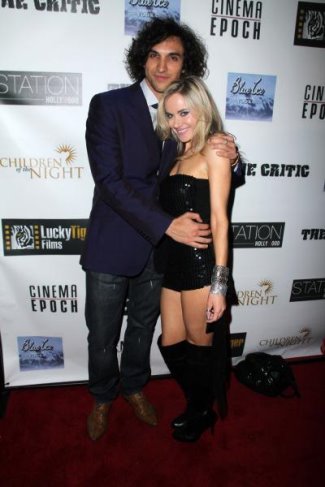 Before we conclude this post, you fellow Famewatchers should watch out for Dominic in the new TV series, Six (on the A+E channel), where he plays the antagonist. That means he’s gonna be a badass, right? We wonder if we’ll end up rooting for him. Hehe.

In conclusion, let us end this post with our favoritest Dominic Adams shirtless photo. What would you give to be that pizza? Or that couch? 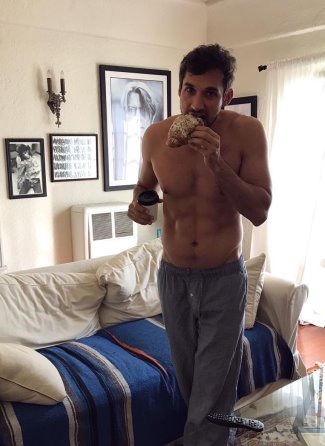