Dolce Gabbana Mens Underwear For Spring Summer. Italian fashion house Dolce & Gabbana has got itself a new spokesmodel in the person of football superstar Lionel Messi. He will be following the footsteps of fellow footballers David Beckham, Cristiano Ronaldo, Neymar, and many others who inked a contract to model underwear for a famous brand. 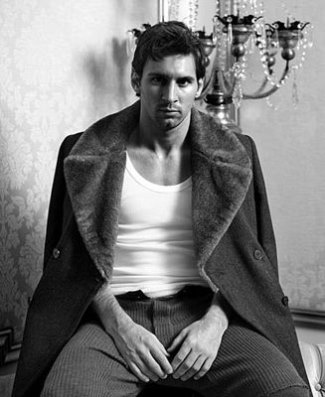 Check out some of Lionel’s D&G advertising photos. Are you liking them or are you going, “Meh! That’s it?” We must admit that we are of two minds when we came across these images. On the one hand, we think it is a missed opportunity on the part of Dolce & Gabbana. They have one of the most famous faces in the world of sports and all they came up with are these non-exciting photos? Where’s the oomph? Where’s the glamour? Where’s the wow factor?

On the other hand, maybe D&G’s intent is to give us a more realistic image on what men actually look like in their underwear with none of the artificiality evident in the underwear ad campaigns of Beckham and Ronaldo. If that is their intention, then kudos to them. If male underwear brands follow this lead, ordinary guys out there (including you, boyfriend) will be less insecure about their manhood. Hehehe. [Want more Lionel Messi Underwear Photos?]

Anyhoo, check out some of Dolce & Gabbana’s men’s underwear and swimwear for 2014. These photos are from the brand’s Spring/Summer 2014 Menswear Fashion Show held in Milan last June 2013.

How cute is the above model? 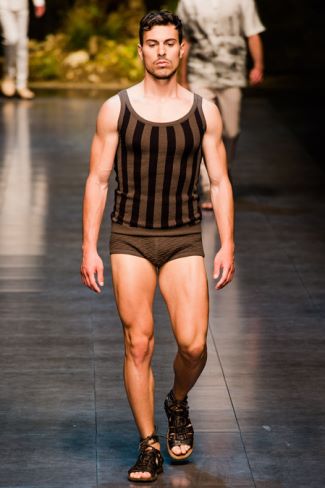 Hmmm, Dolce and Gabbana has gone “stripey” this season. 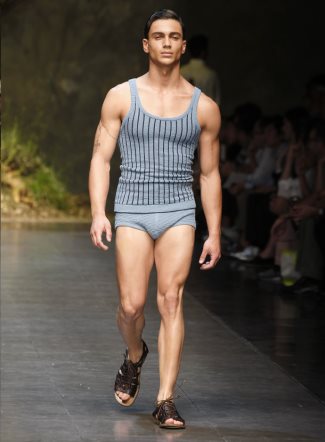 Classic. Reminds us of the olden age of yore.

You’ve got some nice swim shorts there, man. 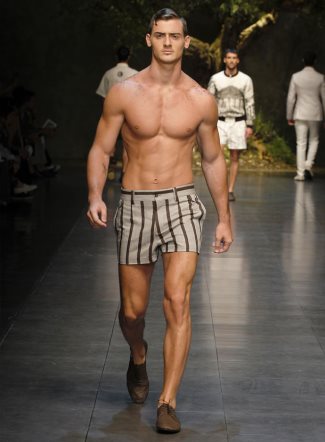 The model’s pants below is probably our favorite in this collection. 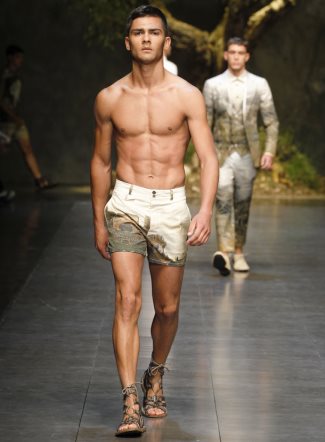