Dolce Gabbana Dress Shirt: Zac Efron and Other Celebrities. Want more Zac Efron fashion? Here’s Zac looking sexy (but does he ever look unsexy?) in his Dolce and Gabbana dress shirt which he pairs with low-waist jeans. 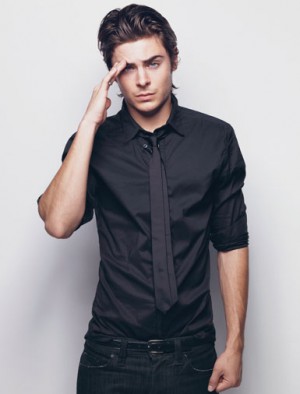 Uhm, is it us or does Zac have this tendency to place his hand near his crotch during photo-shoots? Check out Zac’s leather jacket photo, for instance. But denim shirt and skinny tie [scroll down] is kinda funny too. 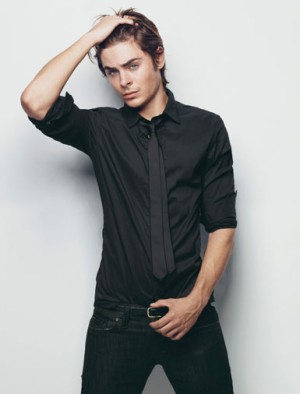 UPDATE (09 December 2011): Check out these other celebrities in dress shirt and jeans. Here’s one of the top dogs of Hollywood himself Brad Pitt aka Mr. Angelina Jolie. Blue jeans and white dress shirts are one of the classic male fashion look that will always, always look casual yet sophisticated. 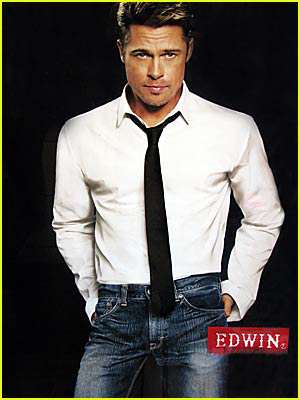 More recently in June 2011, Kellan Lutz and Stephen Dorff, co-stars of the silly movie that is Immortals opted for the “dress shirt and jeans” fashion style when they promoted their movie at ComicCon. 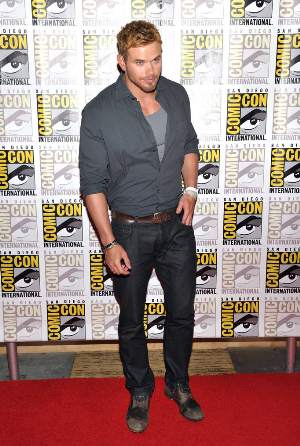 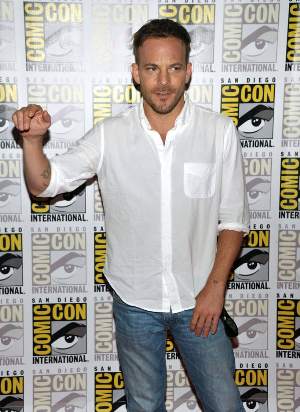 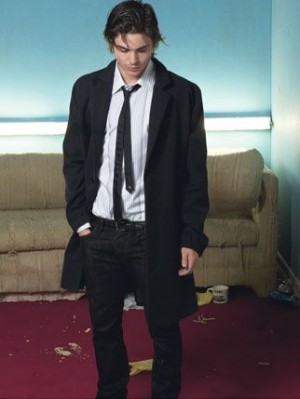 Let’s continue our coverage of the fabulous Zac Efron’s fashion style with this pic from his Details Magazine photoshoot. What is he wearing, you ask? Our Zac is wearing a fall/winter coat by the Swedish fashion label Acne, jeans by Diesel, and tie by Dolce and Gabbana. We’d like to think that he’s wearing a thong underwear by Bjorn Borg under them trousers. Joking… 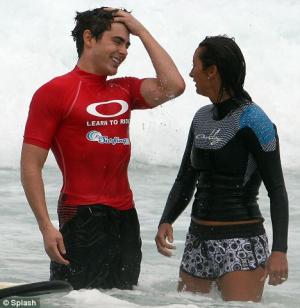 Some of you Famewatchers can’t get enough of surfer boy Zac Efron so although we already posted photos on Zac’s surfing adventure (particularly focusing on his Oakley glasses), let’s bring him back again. Obviously, the boy has been working out because look at them muscles trying to get out of his wet body hugging shirt. Rip it off, Zac! 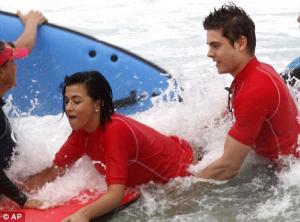 Damn! Who is this very lucky girl? We’re jealous of you, baby! We like to be near that dude in wet clothes.