Dolce Gabbana Briefs Underwear: Male Model Photos. To stress the point that Dolce and Gabbana underwear for men are really hot and fab, some D&G folks have decided to come up with a coffee table book about the beauty of the male form featuring the hottest male models in the industry modeling Dolce and Gabbana briefs. Let’s check them out, shall we?

Tom Warren: Tom is an English model who was discovered by a scout while shopping in Covent Garden. Aside from modeling for Dolce and Gabbana, the blue-eyed hunk also appeared in the campaigns of top labels like Dunhill, Benetton, Ralph Lauren and Ermenegildo Zelda. He stands at 6’1 1/2″ (or 186 cm) and loves hot and spicy Thai food. 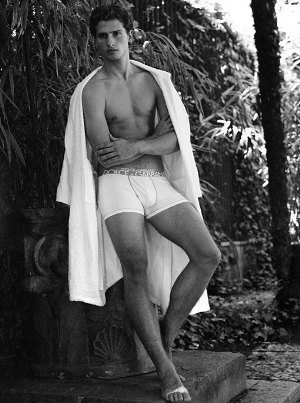 Julien Quevenne: Julien is a French male model who stands at 6′ 05″ or (184 cm). Apart from appearing in D&G campaigns, he was also a part of ad campaigns by Daks, Dsquared2, Energie, Olivier Strelli, and Kenzo. He also appeared in various magazine editorials the most famous of which would be the one for W Magazine with then lovers Madonna and his Brazilian boytoy Jesus Luz. 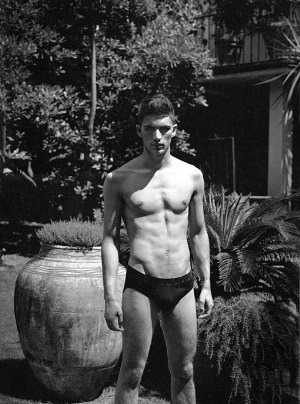 Sam Saffman: Sam is a British model who stands at 6’0″ (or 183 cm). He’s got movie star good looks doesn’t he? He kinda reminds us of the younger Ashton Kutcher. Apart from D&G, Sam has modeled for Bottega Veneta, Gucci, Vivienne Westwood, Dsquared, Giorgio Armani, and other labels. 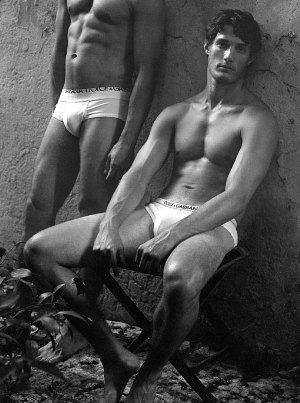 AJ Abualrub: AJ is a stunningly gorgeous Arab American model who’s given name is Ahmad Jalal. He began his modeling career when he reached the semifinals of the VMAN and Ford Modeling Agency male model search. He appeared in the advertising campaigns of Calvin Klein, Joop, Levis, Macy’s and other brands. 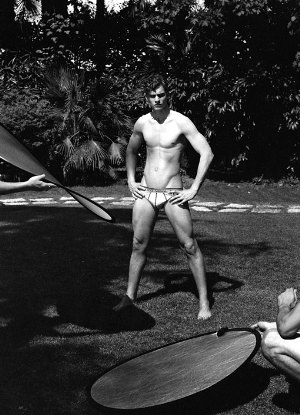 Andre Ziehe: Probably the most widely seen modeling work of this sexy Brazilian hunk is when he was cast in Lady Gaga’s music video for Alejandro. He also appeared in the ad campaigns of Carlo Pignatelli, 2xist, Aramis, and Strellson. 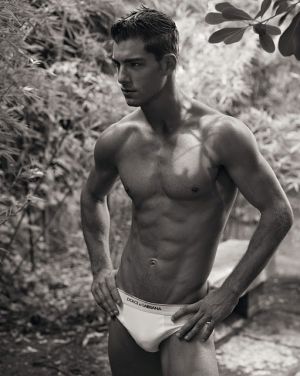