Dingdong Dantes Underwear Model For Bench. We are updating this post, which we wrote more than ten years ago, to bring you more photos of Dingdong Dantes modeling underwear. These pics are from his Bench underwear modeling gig.

Now, we must say that Dingdong is a really hot and gorgeous guy. He is also charming and charismatic but, sadly, these photos do not do justice to him at all. It’s obvious that these underwhelming photos are not his fault as a model and we like to think that it’s also not the fault of the photographer either. 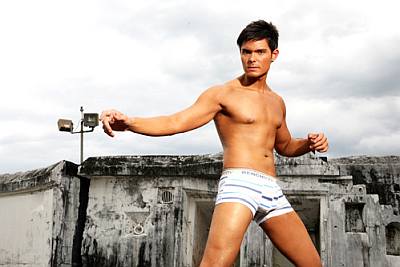 So who’s to blame? Well, if we are gonna point fingers, we think the blame goes to whoever conceived of the theme of the advertising  campaign. It’s very obvious to us that they are going for a “robotic” theme which is which is a no no for underwear shoots. 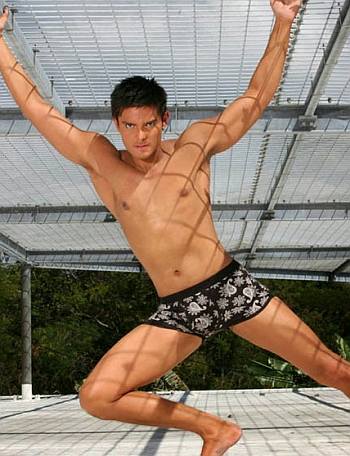 Underwear modeling photos should be steamy, saucy, and desire-inducing. These photos are nothing but any of that. In fact, they are kinda lifeless and uninspired and it is as if they instructed the model to stare vacantly at the camera like a robot.

We are not gonna include the other photos because they are really bad. The ones above are the least bad. Now, we gotta give credit where it is due and say that the next pic below is actually good. 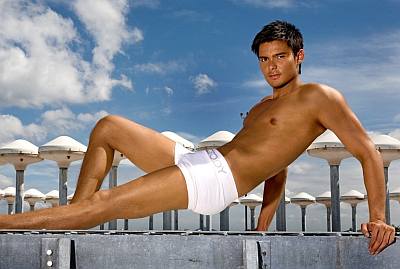 See! He looks so cute and winsome in the pic below. 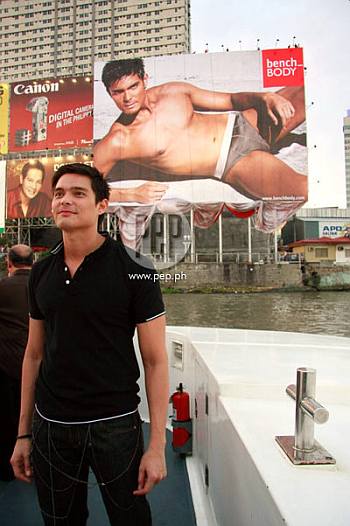 …..
Dingdong Dantes Underwear Model and Healthy Eating Advocate (posted 14 March 2008). These pictures are for those of you googling “hot pictures of Dingdong Dantes”. You know who you are. But before we give you what you’re looking for, here’s health advocate Dingdong Dantes telling you to eat right. 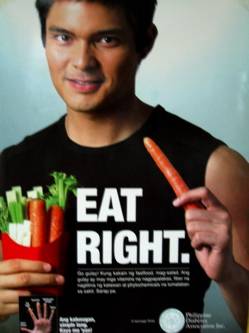 Finally, here’s a video of Dingdong Dantes during the Bench Blackout fashion show. According to reports, the actor received the most applause from the audience. We believe it. Update: Apologies, the video is no longer available as it was deleted at source.