Dimpleplasty Side Effects and Cost of Dimple Creation Surgery. A decade later, have medical folks arrived at a consensus as to the side effects of dimple surgery? From what we gathered across the interwebs it appears that people are agreeing to the fact that a) it is a minimally invasive procedure, b) that it can leave some scarring on your face, and c) it may turn out to look unnatural and not at all like the cute dimples of your favorite be-dimpled celebrities.

Now, for those of you who would like to undergo the procedure, despite the possibility that your dimple might turn out to be unnatural looking, and are wondering how much it would cost, here are some price points published

If you are in the UK, the cost of dimple creation ranges from £1000 to £ 1,500. Beauty blogger AJ Weiss says she spent £1,300 and, despite some swelling on her face immediately after the surgery, she says she is delighted with the results.

Now, can we ask our beau to have a dimple surgery and he somehow ends up looking like Mario Lopez, you know, not only dimple-wise but from head to toe? For the record, we have no complaints about our beau’s middle if you know what we mean. Haha.

…..
Dimpleplasty Surgery Side Effects: Good, Bad, or Terrible (23 June 2010). What is dimpleplasty? Apparently, it is a surgical procedure which is increasingly becoming popular these days among some girls who’d like to look like the be-dimpled Cheryl Cole. We can understand the sentiment of those going for a dimpleplasty; after all, dimples can add to your cuteness (and therefore hotness) by 50%. However, before you go for this surgical operation to alter (scar?) your face, you should check out what experts are saying about it.

The most negative thing about dimpleplasty which might help you decide to not go for it? Them dimples will not look natural because they’re permanently etched on your face unlike real dimples which appears only when you smile. Ewww. 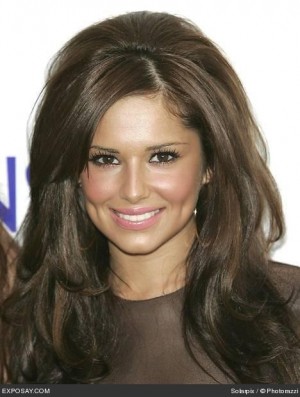 From the Daily Mail: “Experts are less than enthusiastic about the procedure, warning that its long-term effects are unknown. The dimples will also not look entirely natural, as they remain permanently rather than appearing only when you grin. The operation, dimpleplasty, involves making a tiny cut in the skin to create a small depression. A stitch is then used to tack the underside of the skin down to a deeper layer and hold it in place. Once the suture dissolves, permanent scar tissue will remain to maintain the dimple.”

The paper goes on to quote a surgeon from SurgiCare who had this to say: “There is a worrying rise in demand for ‘designer dimples’ as women go to ever extreme lengths to look like their favourite celebrities, including Cheryl Cole. The growing phenomenon has hit UK shores after a rapid rise in popularity in America. However, designer dimples are akin to permanent scarring and could turn to designer disasters as the face begins to droop with age.”