Dim Underwear Male Models: Rugby Hunks for French Brand. Ever heard of Dim underwear? We haven’t heard of it before either but it is apparently a French underwear label for both men and women.

Dim is not a very interesting name for an underwear brand compared to, say, Australia’s Cocksox or Aussiebum, South Africa’s Bonewear, or the Philippines Folded and Hung.

However, sometimes it is not the name that matters but the make and the style of the underwear. Maybe Dim has the make and style that French and European men love in their undies. After all, its apparently been around for 50 years so, in comparison, the other international brands mentioned above are just babies who have yet to establish their longevity. 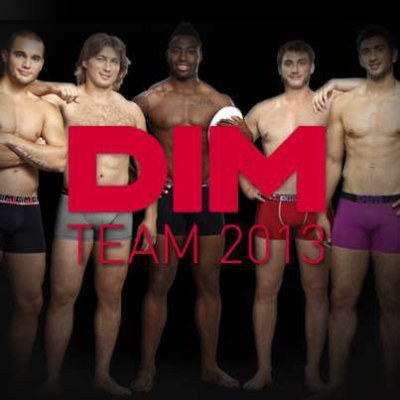 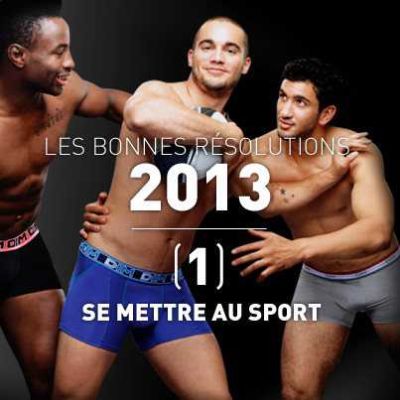 >> Related Post on Alexis Palisson: Go check out his sizzling wet photo in our post on Male Celebrity Wet Shirts.

Who wants to play ball with underwear-clad hunky guys? Of course we all do! Here are other French rugby players modeling Dim Underwear: 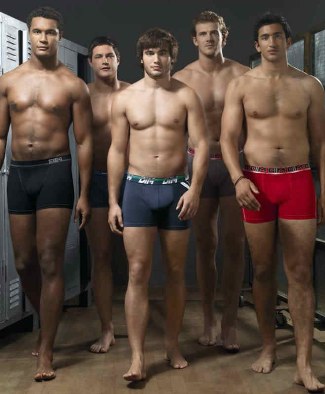 The hunks below are reportedly modeling the Dim 3D Flex Underwear. It’s 3D! And you can flex your muscles in it! What’s not to like about that, huh? 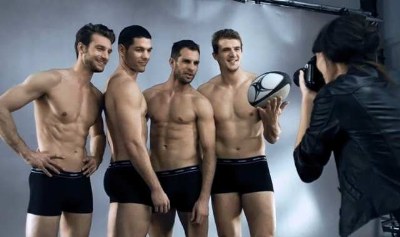 Mirror, mirror on the wall. Who’s the most beautiful of them all? We’re gonna pick the one in red undies below because we are loving his smile. 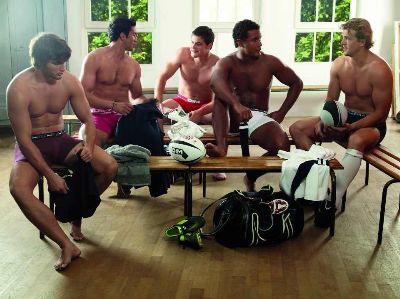 So which of the above Dim underwear male models is your favorite?

Update: Google Translate tells us that “Dim” is “sun” in English so the name of the label isn’t as wimpy as we originally thought it was. We blame our Anglo-centric vocabulary. Now, we are the dim ones. Haha.