Diego Tinoco Gay, Girlfriend, Shirtless Underwear Photos. Today in Netflix hunks, we bring you one of the real-deal homegrown stars of the streaming service. Famewatchers, meet Diego Tinoco. Oh wait, we’re pretty sure you know him already because his popularity blew up the moment girls (and some guys) they set their eyes on him on the youth TV series, On My Block. 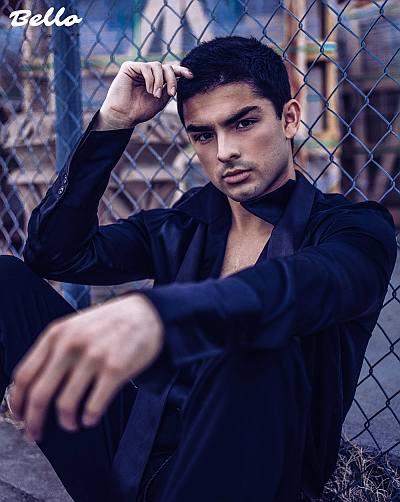 Anyhoo, let’s go back to talking about Diego by going through our usual silly Famewatcher questions we try to answer when we blog about celebrities. For instance, is he gay or straight? Is he single, married, or dating a girlfriend? What is his ethnic background? Does he prefer boxers over briefs?

For starters, we don’t know whether he is gay or straight but we do know that he is not married. Whether he is dating anyone at the moment is also not clear although there may be something going on IRL with Sierra Capri who plays his onscreen girlfriend Monse Finnie. They sure look good together, no? 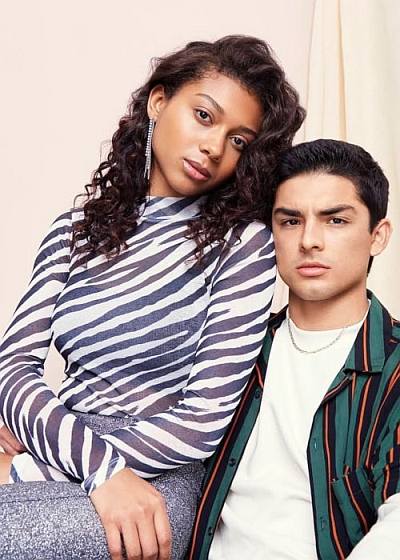 Diego is part Colombian (on his mom’s side) and part Mexican (on his dad’s side) which means that, aside from being a Netflix hottie, we also gotta add him to our list of Latino hunks.

By the way, Diego’s first pic above is from Bello Mag which did a feature on him about his meteoric rise to stardom. Here’s what he says about landing his first major acting gig: “When I first got the role on On My Block and had to start going to set, I couldn’t sleep–it felt so much like Christmas. You feel nervous, it’s your first big job, and it felt like a dream come true.”

Belated congratulations Diego on your success. Another pic from his Bello Mag feature, this is probably our favorite of his many pictures out there:

Diego is bringing the white athletic shirt back onscreen. Our niece squees every time she sees Diego lookin’ like this: 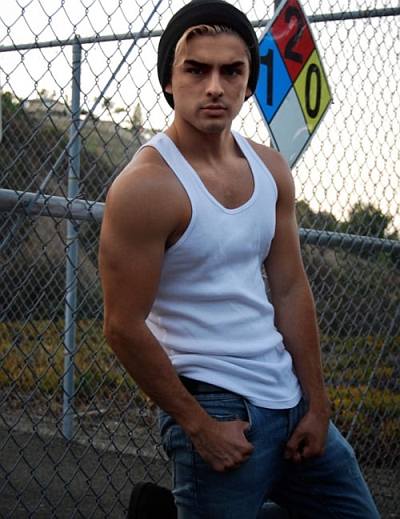 Does he prefer boxers of briefs? We don’t know that yet. But we do know, based on the next photos below, that he likes him his Calvin Kleins. 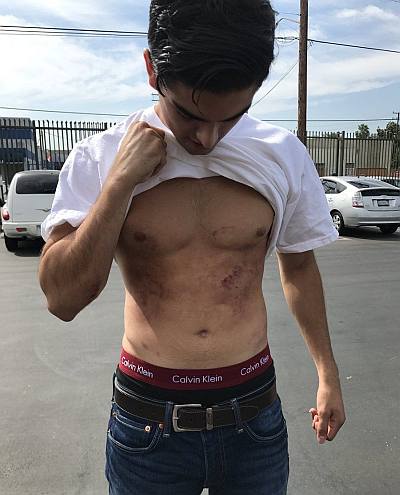 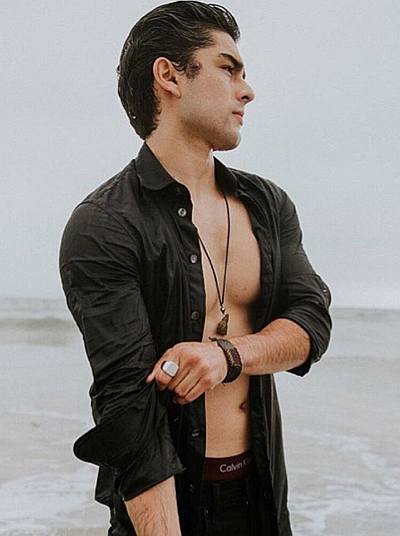